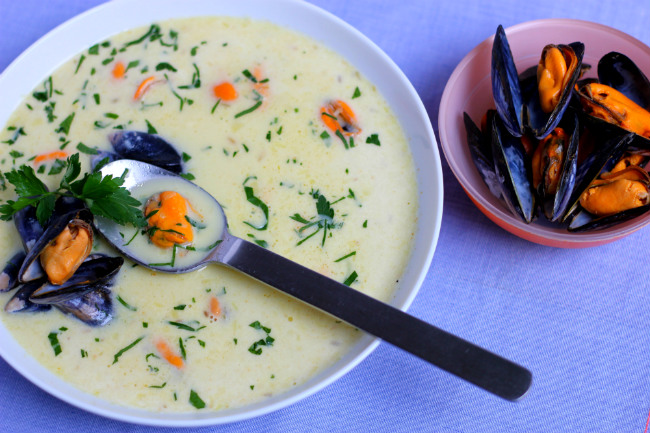 It’s hard to believe that January 20th marks the anniversary of Paul Bocuse’s passing. Is it possible that it’s already been another year since this monument of French cuisine left us? But what a legacy he left!

One of my favorite Bocuse recipes takes full advantage of winter’s tastiest ingredient: fresh, fine mussels from the Atlantic coast of France. Moules de bouchot, as they’re known, grow on wooden poles (bouchots) submerged in the sea all along the coast from Normandy to south of La Rochelle, as you’ll see on this map. In France, you’ll also find larger mussels imported from Spain, but most restaurants in Paris like to boast of their purely French product.

While the product may be French, the name for this particular soup is American! Its origins take us back to the famous Parisian restaurant Maxim’s, where during the height of its fame with 3 Michelin stars, it catered to stars like Brigitte Bardot, Orson Welles, Ava Gardner, or the French actor Jean Gabin. 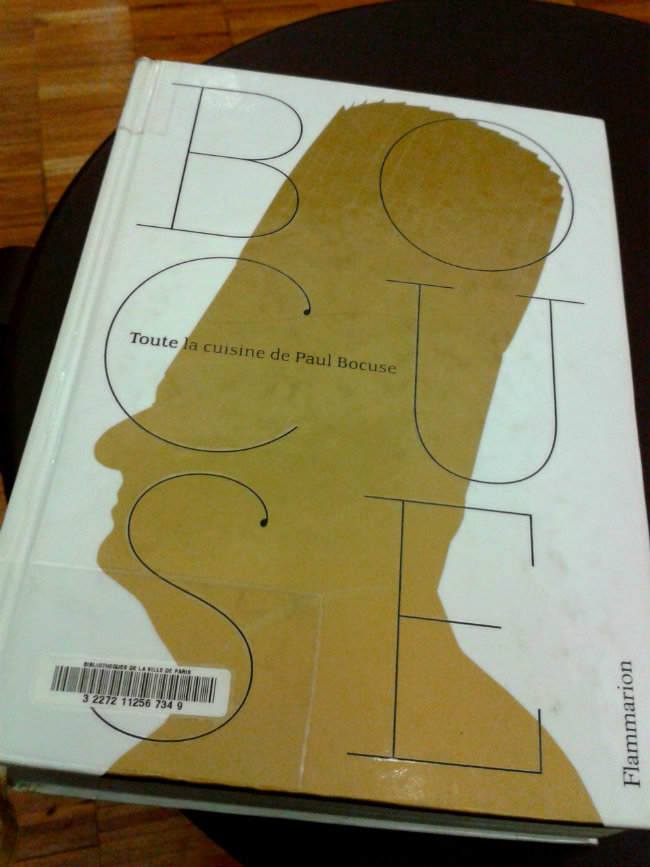 Well-known people began flocking to the restaurant in the early 1900s, including an American tycoon named William B. Leeds, otherwise known as Billy B. So some people claim that the mussel soup served by the chef at Maxim’s was created for this man.

But another story from the 1962 cookbook Chez Maxim’s: Secrets and Recipes from the World’s Most Famous Restaurant, by the Countess of Toulouse-Lautrec (yes, she was related to THAT Toulouse-Lautrec) tells the story of a client named William Brand in Normandy, before the recipe ever made it to Maxim’s.

It was at a restaurant in Deauville where Chef Louis Barthe toiled behind the piano, or stoves. The restaurant was known for a particularly delicious dish made with mussels, served French-style, meaning that the diner would eat mussels with his/her fingers, picking out each meaty morsel with an empty shell that serves as a pair of tiny tongs.

But the American William “Billy” Brand didn’t want his American buddies to have to work for their food. So Brand asked the chef to serve the mussel dish without the shells, and thus was born the soup that all Billy B.’s friends returned to the restaurant to eat, time and time again.

On the menu was written potage Billy B. When Chef Louis Barthes left Deauville to work in Paris, guess where he ended up? You guessed it: Maxim’s. 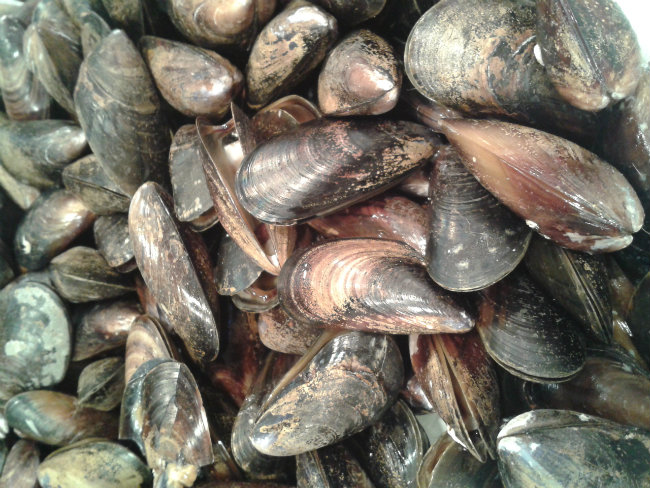 Fresh mussels, ready to be cooked and eaten straight from their shells. Photo: Allison Zinder.

This is Paul Bocuse’s so-fine recipe for mussel soup with saffron. I’ve made a few (humble) changes to Bocuse’s recipe, to streamline it and to account for the fact that we no longer eat the same way as when Bocuse was creating recipes. (People sure ate a lot of butter back then! But as the French say, tout est meilleur avec du beurre: everything’s better with butter!)

As you’re scrubbing and removing beards from mussels, you have to inspect as you go. If a mussel’s maw is gaping wide, you can be pretty sure it’s dead – a definite throwaway. If a mussel is a little bit open, try snapping the two shells shut a couple of times just to make sure – if it closes up again, you’re good to go. Carefully scrape off any barnacles using the back of a small knife.

You might try your local fishmonger for fish fumet, but it’s not hard to make. I typically make the fumet the day before I make the soup, so the soup is faster to put together. You’ll find my recipe here! 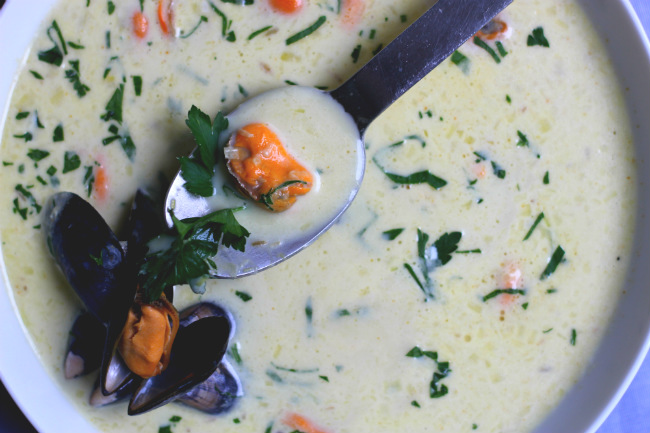 How Many Women are Honored in the Panthéon?