French Recipes Your Kids Will Love 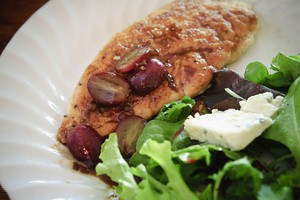 Last year, Karen Le Billon’s best-selling book, French Kids Eat Everything, got many American parents rethinking the way they feed their children. After moving to her husband’s native France, this North American author discovered how French kids are raised to eat what their parents eat. No separately cooked meals of chicken nuggets for them!

I’ve witnessed first hand how French kids do indeed eat what their parents eat. Last summer I collaborated with French-born chef David Baruthio, whose young children were visiting him in the American Midwest. I loved visiting a local farm with the French youngsters, and watching them discover the great things growing there.

The boys ran around, peeking under big leaves at the produce hidden underneath, pointing at things that looked good to them. At one point, Samuel (aged 11) smelled some lovely flowers, Ça se mange?” he asked excitedly. (Does one eat these?) He said it in a way that suggested he would be perfectly happy to do so. 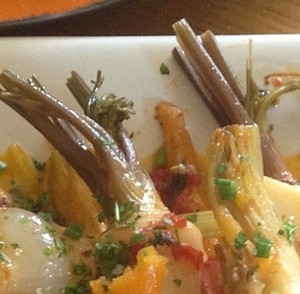 When it came time to eat the foods we had pulled from the garden, I was utterly charmed when William (aged 13) pointed to the stalks of some cooked root vegetables and asked “Ça se mange?”

Papa said, “Oui, ça se mange.” One does, indeed, eat that. Yes, they were talking about the stalks.

A few seconds later, William had the stalks in his mouth and was contentedly chewing away.

So, I did the same. Frankly, it wasn’t the best part of the carrot—it tasted a little bitter and gritty to me. But taste aside, I adored the child’s curiosity and willingness to try anything.

I’m not suggesting that you start feeding your children the stalks of root vegetables, but if you want to wean your children away from mac-and-cheese and chicken fingers, I might suggest starting with these two recipes. They’re from my cookbook: The Bonne Femme Cookbook: Simple, Splendid Food that French Women Cook Every Day. There are plenty of other recipes in the book that are kid-friendly—I’ve listed them here. 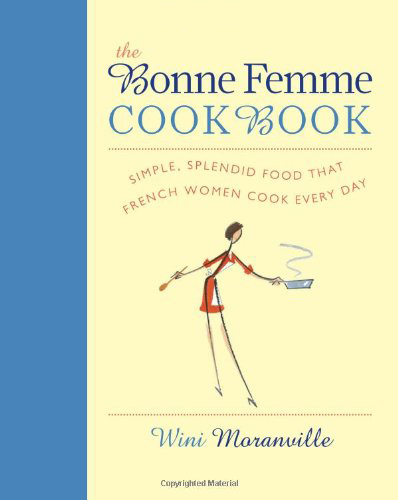 Stylish enough for Mom and Dad, this recipe has something kids will like, too: a touch of sweetness. Fortunately, the sweetness comes naturally, through the honey, grapes, and balsamic vinegar. (P.S.: Veronique generally refers to dishes made with grapes.)

1. Place the chicken breasts, one at a time, between two sheets of plastic wrap and pound to ¼ inch thickness. (Alternatively, you can halve each breast horizontally, or butterfly them). Season both sides with salt and pepper. Dredge the chicken in the flour, patting off the excess.

2. In a large skillet, melt 1 tablespoon of the butter with the olive oil over medium-high heat. Add the chicken (in batches, if necessary) and cook, turning once, until no longer pink inside, 6 to 8 minutes (reduce the heat to medium if the meat browns too quickly). Transfer the chicken to a platter and cover with foil to keep warm.

3. Add the garlic to the skillet and sauté until fragrant, about 30 seconds. Add the chicken broth, white wine or apple juice, and balsamic vinegar, taking care not to let the liquid spatter. Bring to a boil and boil until the liquid is reduced to about ½ cup – this should take 4 to 5 minutes, depending on the heat and your pan size. Whisk in the honey. Whisk in the remaining 1 tablespoon butter to thicken the sauce. At this point, the sauce should be somewhat syrupy; allow it to boil a little longer if it is not.  Add the grapes and heat through. Spoon the grapes and sauce over the chicken and serve.

* Honey should not be fed to babies. 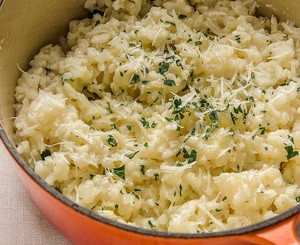 Wean your kids off of American cheese by introducing them to better cheeses tucked into creamy dishes they’ll love. This side dish can be made with just about any cheese that grates well: Parmagiano-Reggiano, Comté, Emmentaler, cheddar, and others.

2. Stir in the chicken broth; season with pepper. Bring to a boil. Reduce the heat and simmer, covered, until the rice has absorbed most of the broth but is still somewhat soupy, about 20 minutes.

3. Remove the pan from the heat and let stand, covered, until the rice is thick and creamy rather than soup, about 5 minutes. Stir in the cheese and the herbs. Serve immediately.

Wini Moranville is the author of The Bonne Femme Cookbook: Simple, Splendid Food That French Women Cook Every Day, and the co-author of The Braiser Cookbook. Follow Wini on Facebook at Chez Bonne Femme.