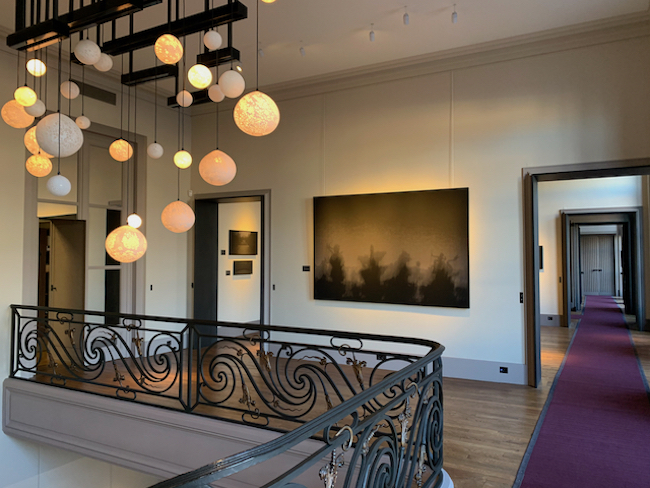 In the “before time,” when travel was easy and French museums were crowded with tourists, I sometimes caught myself longing to roam the Louvre or Chateau de Versailles at night, long after the last visitor had left, to discover the essence of those former royal palaces, the way kings and queens might have enjoyed them.

I wonder, as I discover Patrick Hourcade’s most recent exhibition, Versailles Nuit, at Galerie Gradiva, if that is how he also felt on the nights he spent in the Chateau and its gardens.

By his own admission, Patrick is a patient man. He has to be, since nighttime photographs require perseverance in order to catch the perfect moment, when the rarefied light hits just so. But also because, when he embarked on this project, he accepted that it would take several years to put it together because Versailles is always busy with restoration projects, events, and filming.

In his own “before time,” Patrick Hourcade was the artistic director of Vogue Paris, working with photographers like Helmut Newton and Guy Bourdin. He also worked for Karl Lagerfeld, as curator of his extensive collections and his homes. Since 2010, however, Patrick has been focusing exclusively on his own artistic career, which has come to span not only photography but also sculpture, design, and scenography.

I meet Patrick on a chilly winter day at Galerie Gradiva. We are introduced by a dear friend of mine, who has known him since his first exhibition, La Puissance d’Aimer, at the Chapelle de Saint Louis de la Salpêtrière, the chapel of one of the largest hospitals in the city, back in 2011. It was Patrick’s first show.

Housed in an 18th century building, Gradiva is a wonderful space on Quai Voltaire, overlooking a prestigious neighbor: the Louvre. Shrouded behind scaffolding, I can easily picture it eerily empty of everyone save its curators and keepers. 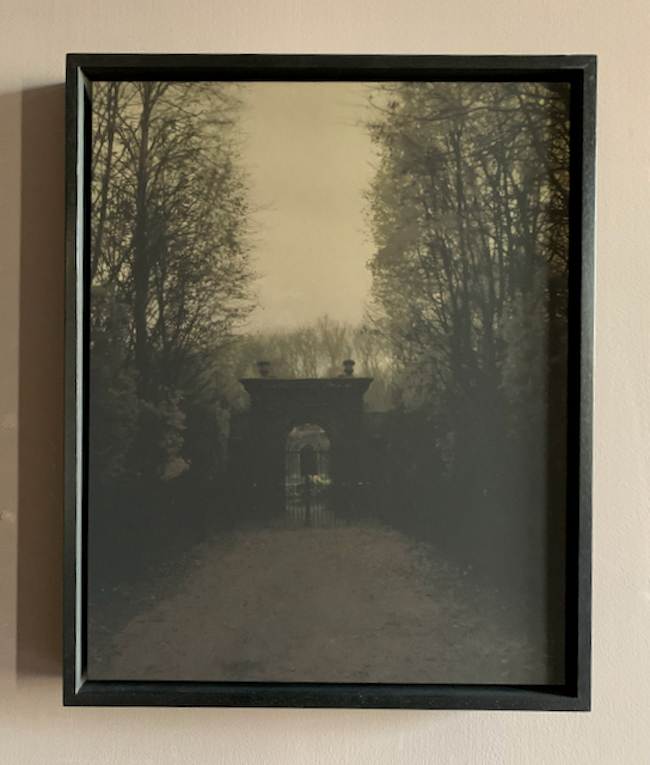 Versailles Nuit is an intimate symphony in black and white. If I did not know better, some of the images might be mistaken for pastel drawings, their powdery aspect unlike any contemporary photograph I have seen. Flashes of light appear here and there, serendipitously. As Patrick explains, he used no additional lighting to catch the images, and whatever luminosity the camera has captured, it was almost by accident.

It is Hourcade’s third exploration with nighttime photography. Of two previous shows, Nuit, le Pouvoir de l’Obscur (2015) at the Réfectoire des Cordeliers, part of the Ecole de Médecine, focused on the concept of nighttime vision, and required several months of scientific research on the inner workings of the eye.

The second, and probably the most closely related to his recent work at Versailles, took place in 2017. La Nuit Rodin was inspired by a pioneer of photography, the American Edward Steichen, who came to Paris at Auguste Rodin’s request in 1908 to photograph his famed Balzac portrait at nighttime.

The technical constraints of the medium, still in its infancy at the time, meant that it took hours for the image to imprint itself on the glass plate, and then just as long to be revealed while in development. Rodin was inordinately pleased with the result, telling Steichen, “Your photographs will make the world understand my Balzac.”

As Patrick explains the technique for capturing the poetic images that constitute Versailles Nuit, one might be tempted to discount the result, considering it too easily obtained thanks to technological progress, especially when compared to Steichen’s laborious process.

Instead, I feel a very similar energy behind the endeavors of both photographers. When capturing a frame, Patrick goes against the settings suggested by his digital camera, like a naughty child disobeying its master, pushing the instrument to its limits. When editing it, he pushes boundaries by adding just enough light to reveal what he knew was there already and by choosing the largest format he knows the picture will withstand without losing its meaning. 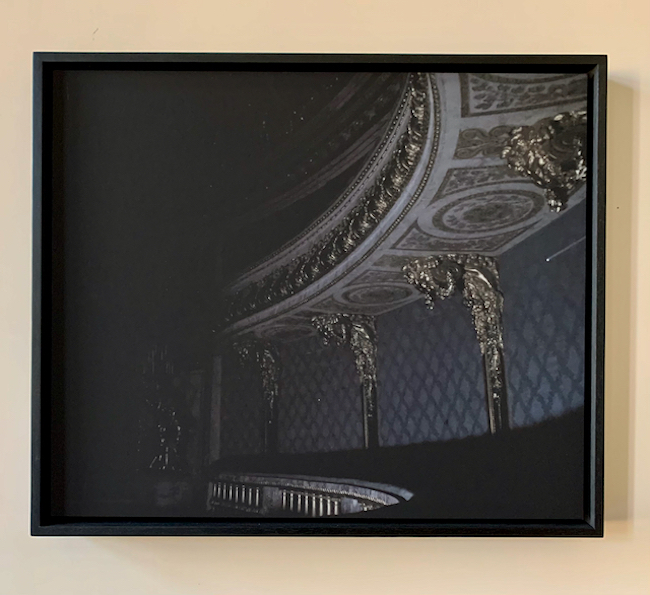 It is a fine line to walk, especially with so little luminosity to start with. The risk always lurks of pixellating the image so much that it explodes into something unrecognizable.

The images seem to dance in front of our eyes and are transformed when Patrick switches off the lights, the soft winter glow streaming in through the expansive windows. There are the Bassin de Neptune, the Trianon, the Galerie des Glaces, the King’s bedroom, but also lesser known corners of the domain. And even when the images are so blurry that they become almost abstract, I feel that Patrick has captured the essence of the chateau turned museum: the dreamy, timeless, poetry of a house that was never a home, built to impress more than to protect, nowadays a stage long emptied of its actors.

I like to imagine that Louis XIV would borrow Rodin’s words to tell Patrick: “Your photographs will make the world understand my Versailles.”