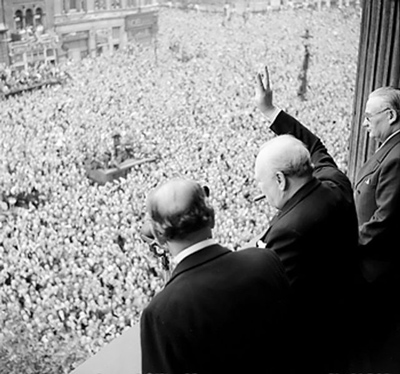 This week France had two consecutive jours fériés (holidays). Wednesday was a commemoration of the 8th of May 1945, which marked the end of World War II in Europe. This armistice is known as Victory in Europe Day in English. On this day, the Allies accepted the surrender of Nazi Germany’s armed forces. In this photograph, Winston Churchill waves to crowds in London after officially announcing the war’s end to the country.