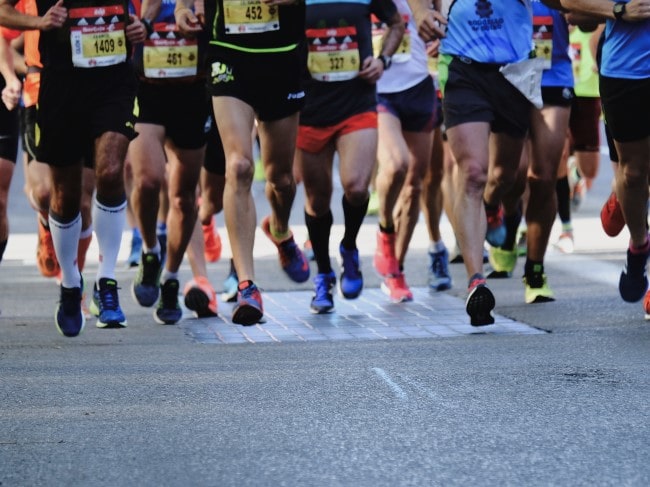 The weather has been absolutely glorious in Paris these last few weeks, the kind of enviable autumn that makes you want to linger outside and enjoy the beautiful blue skies. Crisp morning temperatures are followed by brilliant sunshine, the perfect kind of weather for sitting on a restaurant terrace with a drink or…. running a marathon. That’s right, last Sunday the Paris Marathon brought some of the world’s top athletes to compete in the streets of the City of Light. It was the Kenyan Elisha Rotich who won in 2 hours, 4 minutes, and 21 seconds, while in the women’s category, it was the Ethiopian Tigist Memuye who won in 2 hours, 26 minutes and 12 seconds.

FIAC is back! The international contemporary art fair that’s usually held every year in the Grand Palais took a respite in 2020 because of the pandemic. But now FIAC is returning to Paris from Thursday, October 21 to Sunday the 24th. The fair will be held at the Grand Palais Ephémère — while the Grand Palais is under renovation, this temporary structure on the Champ de Mars is hosting arts and sporting events usually held at the Grand Palais. In conjunction, there’s an open-air art exhibition called “FIAC Hors le Murs” staged all over the city. Sculptures and installations are placed in pretty Parisian settings like the Jardin des Tuileries, where there will be 25 works of art to admire. Big this year is Alexander Calder’s “Flying Dragon” in the Place Vendôme. Not to be missed!

Calling all pastry fans. Famous chef Philippe Conticini recently launched a one-of-a-kind “Bar à Millefeuille Minute” where the tempting treat is assembled right before your eyes. Offered two Saturdays a month in his shop in the 3rd arrondissement (31 Rue Notre Dame de Nazareth), this gourmet activity showcases Conticini’s great pastry classic. Le Millefeuille is crafted with an inverted puff pastry and cream with Bourbon vanilla from Madagascar, decorated with several toppings of your choice: salted butter caramel, an exotic caramel (passion, mango, pineapple) or homemade praline. Priced at 9,60€  for a portion of 150 grams. (The Millefeuille Bar is staged on the second and fourth Saturday of the month.)

The official route for the Tour de France 2022 has been announced… and it starts in Copenhagen, Denmark! The 109th edition of the famous cycling race will take place from July 1-24th, 2022 and it appears that the western half of France is missing from the grand tour… Check out the map below.

Paris Mayor Anne Hidalgo has been nominated as the Socialist party’s candidate in the French presidential election next year. “Despite her languishing in the race to unseat incumbent Emmanuel Macron,” explains France 24, “the 62-year-old politician, who announced her plans to run for president a month ago, aims to revive the fortunes of the beleaguered Socialists in April’s election with a campaign stressing environmental and social issues.” In winning the Socialist nomination, she beat a single other candidate, the former agriculture minister Stephane Le Foll.