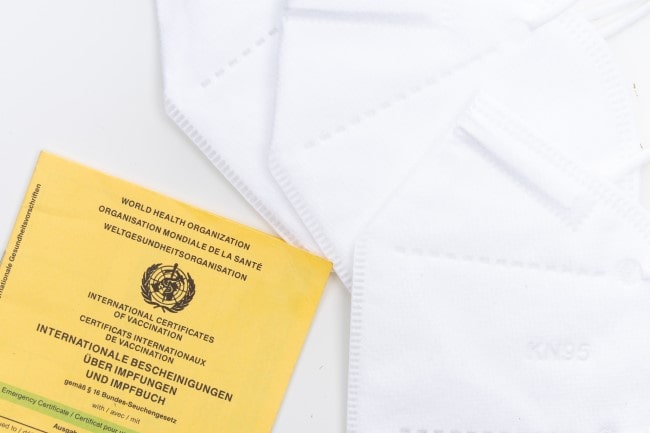 France has passed a law requiring a COVID health pass for access to restaurants and other public venues starting in August. The goal of President Macron’s initiative — which would require proof of vaccination, a negative COVID test, or proof of recent recovery from COVID — is to boost vaccinations in the face of the rising number of cases due to the delta variant. (Delta is now the majority of cases in France.) And as reported by The Washington Post, “Even before Parliament passed the new bill this weekend, the changes Macron announced two weeks ago appeared to have a measurable impact on vaccination coverage. Coronavirus vaccine-booking platforms recorded a surge in appointment bookings within hours of the announcement, and the country hit several records for the number of daily vaccinations since then.” The law is not without controversy, however, spurring protests across the country. The current level of vaccinations in France is 40 million residents or 60 percent of the population.

In a major upset at the Summer Olympic Games in Tokyo, France defeated the United States in men’s basketball. The favorite to win a fourth consecutive gold medal, the Americans were defeated 83-76 on Sunday (France is ranked seventh). Evan Fournier, who plays for the Boston Celtics, led France with 28 points. This was the first loss for Team USA in men’s basketball since the Summer Olympics in Athens in 2004.

Looking for a great book to read this summer? The Wall Street Journal recently published an article recommending books on art and culture in Occupied Paris, selected by Timothy Schaffert, the author of The Perfume Thief. These include And the Show Went On and Surrender on Demand. Read the full article here. We’ve also got plenty of recs for your reading pleasure.

In big news from UNESCO, three sites in France will be added to World Heritage List: Nice, “winter resort town of the Riviera”; the town of Vichy, “Queen of the Water Cities”; and the Cordouan lighthouse. As reported by France 24, “Cordouan was built at the very end of the 16th century and stands in the Atlantic Ocean at the mouth of the Gironde estuary in southwestern France in a “highly exposed and hostile environment”, according to UNESCO’s World Heritage Committee which announced its decision on Saturday.” Nicknamed the “king of lighthouses,” Cordouan is the last lighthouse to be inhabited in France and is considered “a masterpiece of maritime signaling.” The architecture is also noteworthy, decorated with pilasters, columns, modillions and gargoyles.

And Angelina Jolie is looking stylish in the French capital. W magazine has chronicled the actress’ recent jaunt to Paris with her brood. Taking a “style cue from Bella Hadid,” Jolie was spotted at the Eiffel Tower, the Guerlain store on the Champs Élysées), Girafe restaurant, the Kith store, and the Banksy exhibition at Espace Lafayette Drouot. Check out her looks in the article here.