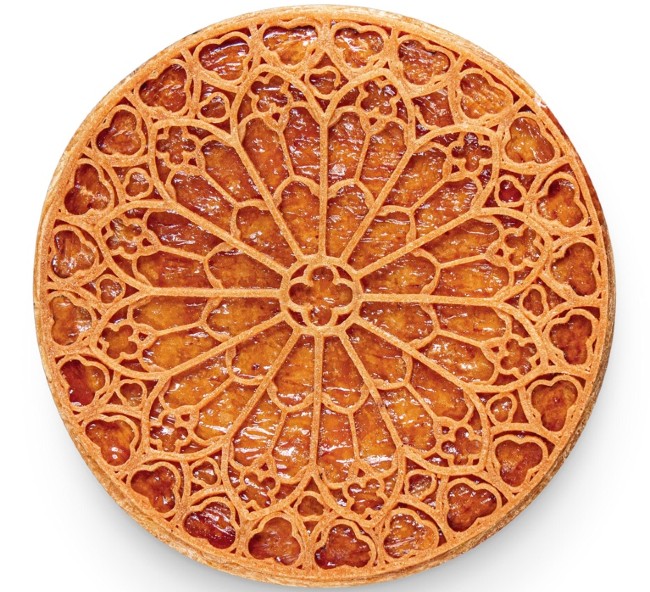 The reconstruction work on Notre-Dame is advancing rapidly. After the devastating fire of 2019, the cathedral is on track to reopen to the public in 2024. On Monday President Emmanuel Macron invited the Japanese Prime Minister Fumio Kishida to visit the construction site. This is the first time that an international leader has been welcomed on the site. Kishida is currently traveling on a European and North American tour to meet his G7 counterparts, since Japan took over the presidency of the G7 this year. As reported by La Dépêche, the duo visited Notre-Dame prior to a working dinner hosted at the Elysee Palace. The French presidency issued a declaration: “Symbol of this common desire to rebuild in the face of adversity, this visit will make it possible to present the exceptional French savoir-faire in terms of heritage.”

The winter sales (les soldes d’hiver) opened in Paris today and will conclude on Tuesday, February 7. The semi-annual sales, which take place over a six-week period, are regulated by the government. Shoppers can score big mark-downs in boutiques and grands magasins. The discounts get bigger, up to 70%, closer to the end of the sale period. Historically, brands and shop owners were not allowed to determine their own sale dates, though this has changed now and some smaller sales do take place throughout the year. However, les soldes is still a major event, with shoppers out in full force.

If you’re hitting the cobblestones to shop in January, consider items that are made in France. We recently published an article on the subject here.

There’s even a “Fabriqué à Paris” (Made in Paris) label, which was launched by the city six years ago to recognize local artisans and their products. For the 2023 edition, 451 creators, artisans and entrepreneurs were recognized. Some examples? Hand-painted silk scarves by Esat Ménilmontant in the 20th arrondissement, vegan “leather” accessories by Bloomi in the 14th, ceramics by Astier de Villatte in the 13th, and wool mattresses by Atelier Le Briand in the 11th. Browse the full list here.

January also means the galette des rois tradition. As written by Debra Fioritto in an article for Bonjour Paris, “the French tradition of serving this frangipane-filled tart on the Twelfth Day of Christmas or Epiphany Day has biblical origins and is a reference to the magi, or three kings. A fève (“bean” or porcelain trinket) is traditionally baked in the galette, which is sliced with a piece for every person.”

But if you’re hankering for a different kind of pastry to warm you up this winter, consider our all-time favorite, the Paris-Brest. This iconic pastry, designed like a bike wheel, was invented in 1910 to honor the bike race that runs between Paris and the port city of Brest in Brittany. The New York Times recently published a recipe here.

In 2022 France experienced its hottest average temperatures and lowest levels of rainfall on record, reports France 24. The national weather office said the heat — the average temperature was 14.5 degrees Celsius (58.1 Fahrenheit) — is a “symptom of climate change.” Rainfall was the lowest since 1989. To quote: “Like much of western Europe, France experienced a punishing summer of record temperatures and forest fires that led to a renewed focus on climate change. Autumn and winter have also been exceptionally mild, with rain and warm temperatures reducing usually icy ski slopes in the Alps and Pyrenees mountains to muddy expanses.” Winter sports events have been canceled this season because of the weird lack of snow in the Alps and Pyrenees.

It’s 11 days into the new year and we’re still hearing “Bonne année” greetings and lovely “meilleurs voeux” on the streets of Paris. What a kind tradition to wish one another “santé, amour, joie et réussite” in the new year! In the spirit of the French, we’ll conclude this week’s digest with new year’s greetings from the Paris Tourism Office: “To celebrate the New Year, we present a new vision of Paris by the artist SMITH, winner of the Grand Prix Photo Paris Je t’aime x Photodays.”

Lead photo credit : An homage to Notre Dame, galette des rois by the French Bastards. A limited-edition from 2022.

Previous Article The Grand Rex: The Pride of the Grand Boulevards in Paris
Next Article Mastering the Art of Macaron Making at Galeries Lafayette