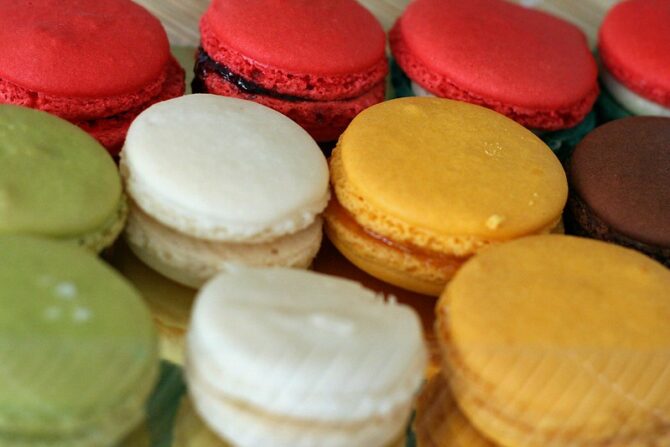 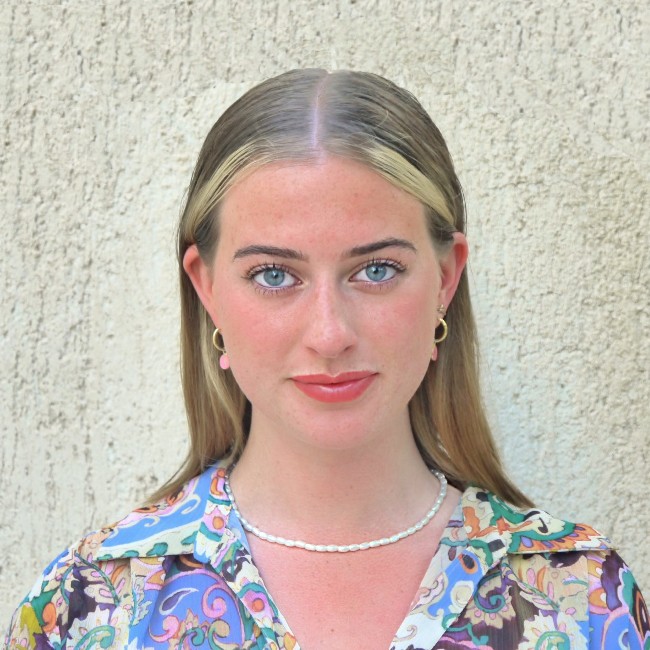 Soft, delicate, and colorful, the humble macaron has become an iconic symbol of France. A trip to Paris would not be complete without paying a visit to a renowned patisserie such as Ladurée or Pierre Hermé to sample this culinary delight. The macaron is first recorded to have appeared in Europe during the Middle Ages. One may assume that they first appeared in France, however, the macaron was originally made in Sicilian and Venetian monasteries in the 8th century after troops arrived from Ifrīqiya (now Tunisia) and brought with them innovative food preparation techniques and ingredients such as pistachios and lemons. Arabic baked goods containing sweet almond cream such as fālūdhaj slowly transformed into what resembles the macaron. It was a somewhat unrecognizable confectionary at the time, though still crunchy on the outside and soft on the inside and consisting of almonds, egg white, and sugar.

Macarons eventually arrived in France in the 1500s during the Renaissance when the French queen Catherine de’ Medici brought pastry chefs with her from Italy. The “Macaron Sisters” then gave macarons their infamous popularity in the 1790s. Two Carmelite sisters were seeking refuge in Nancy during the French Revolution when they decided to bake and sell macarons to cover their living expenses. Macarons were initially served plain, without any added flavors or fillings. It was only in the 1930s that macarons became a two-layer patisserie, with the addition of a filling such as jam, liquor, or spices. Since the 8th century, the macaron has evolved into what it is today: a sandwich of meringue shells filled with buttercream ganache.

I have always been a big fan of the macaron, and so I thoroughly enjoyed taking part recently in a macaron baking class at Galeries Lafayettes Paris Haussmann. This offering is one of the popular “ateliers,” or activities, that the department store offers, along with heritage tours, fashion shows and cooking classes with the famous Ferrandi School. Macarons are said to be incredibly difficult to make, yet this class was fun, interactive, and expertly led, and I feel proud to say that I have now unlocked the mystery (and even perhaps mastery?) of macaron making.

The class takes place in the airy and bright kitchen of L’Appartement Lafayette in a quiet corner of the main store, and the 1.5-hour class is conducted in both English and French. Suitable for all ages, the class can serve as a perfect family activity or an enriching individual challenge. It’s broken down into two stages – the participants are shown how to make the macaron shells by an experienced chef before making their own ganache filling and assembling their masterpieces. Within the class, you will make both pistachio and chocolate macarons with the opportunity to taste your creations and take home four macarons, along with informative recipe cards for their recreation at home.

On arrival, each place is laid up with a smart apron, a bowl containing the ganache ingredients, a piping bag, and other necessary tools. After a short introduction, the chef then invites you to the preparation table where they guide you through the first step; the making of the macaron shells. Since this is a rather technical process, the participants are invited to watch the chef describe the science of the process. Yet the ingredients are simple; all you need are egg whites, white sugar, almond powder, icing sugar, and your flavoring of choice. The chef will walk you through the steps of whisking the egg whites until soft before adding the sugar until stiff peaks form. Then comes the macronage, the folding of the dry ingredients into the meringue. This is a crucial step that ensures the elasticity of the macaron shells and one must be wary not to create any clumps within the mixture. When perfect, the mixture should form an elegant ribbon when dropped from a spoon. Once this ribbon forms, the piping commences, and we were all given the opportunity to pipe the mixture onto the baking sheet. Luckily, the chef had also pre-made macaron shells, as the piping was harder than I had thought, and my macaron shells were a sorry sight!

Next comes the making of the ganache. For the chocolate macarons, this ganache was made of dark chocolate, salted butter, and single cream. For the pistachio macarons, it was pistachio nut powder, almond powder, icing sugar, pistachio paste, and butter. When these ingredients are left at room temperature, they’re easy to mix together with a whisk. The result is a smooth and tempting ganache that spreads perfectly across the shells.

Once assembled, you are given a box for the transportation of your meringues which provides a tasty reminder of a fun-filled afternoon. I, for one, can’t wait to try the recipe cards at home, even in my small chambre de bonne!

Note that Bonjour Paris members get an exclusive 10% discount on Galeries Lafayette ateliers, including the macaron baking class. Access your code, and a host of other perks, on this dedicated members benefit page.

Check out my TikTok video below.

Inspired by the rich culture that France has to offer, Poppy Pearce moved to Paris as an au pair in August 2022. Having gained a degree in Theology and Religion with Arabic from the University of Exeter, Poppy has a passion for languages and experiencing new cultures. When she’s not working, Poppy loves to explore everything that Paris has to offer, from exhibitions and museums, to restaurants and second-hand clothing stores.