Paris Pastry: Is it Macaron or Macaroon? What’s the Difference? 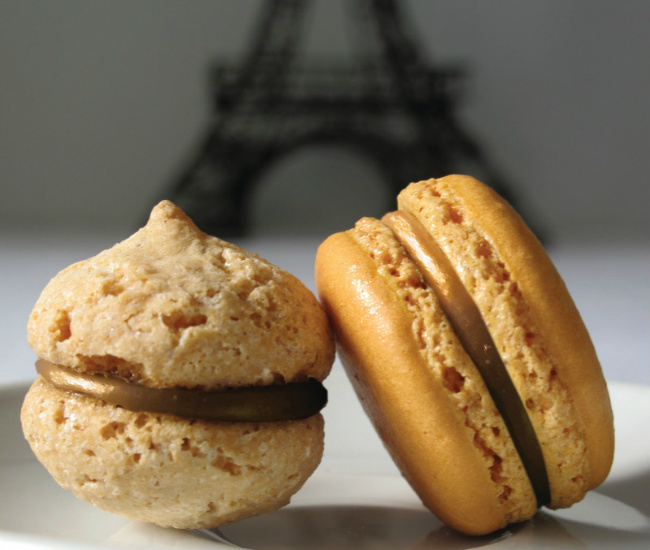 It happened again. Last week I caught myself wincing at the teatime menu’s English version. This time it was in one of Paris’s most elegant tea salons, where the famously stylish Parisian “macaron” was translated as “macaroon”.

I know it’s not one of the world’s biggest problems, but get it right. Macaron and macaroon perhaps sound alike, but they are both totally different.

This confusion with an extra “o” is nothing new; it happens frequently, whether it’s on a top tearoom menu in Paris or on high-end supermarket packaging around the world. Even a UK bookshop snootily turned down stocking my first book five years ago, simply because the title read “Macaron” and not “Macaroon”. It’s a subject that has been raised often, but the same mistake continues like a couple of crêpes on deaf ears.

I am perhaps mad about macarons, but if you’re just as infatuated with Paris’s Ambassador of Pastry, with its smooth delicate meringue-like shells sandwiched together with chocolate ganache, jam, curd or buttercream, its name needs to be defended. I’m not being posh or trying to show off I can speak some French after 24 years of living here – it’s just that the term, macaron is the right word to use to describe these little filled rainbow-colored Parisian confections.

Over the last four years of guiding pastry tours in Paris, I’m still surprised by the recurring question: “So what’s the difference between a macaron and a macaroon?”

The only similarity between the two is their gluten-free mutual ingredients of egg whites and sugar; a macaron includes ground almonds (almond flour), whilst a macaroon is made with coconut.

So let’s get it straight with the simplest answer: the macaron is meringue-based and the macaroon is coconut-based.

But there’s more to it than that. 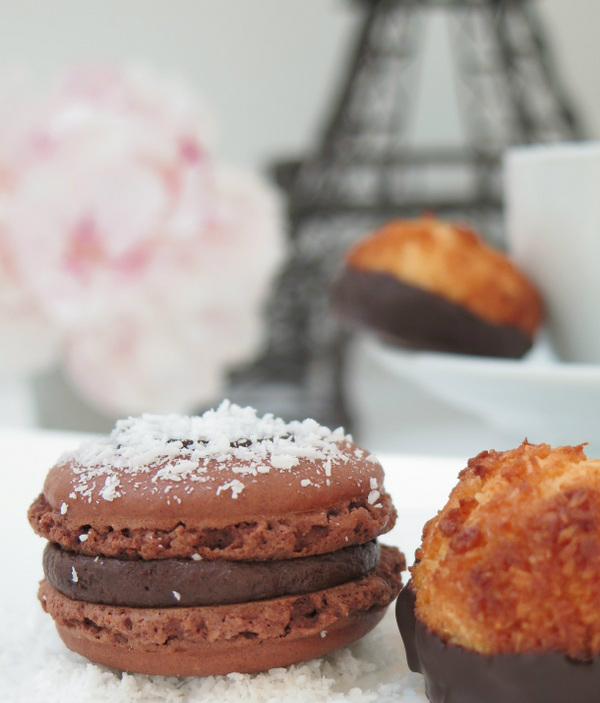 Macaron vs Macaroon. From “Teatime in Paris” by Jill Colonna

Macarons date back to the Middle Ages but we have a better idea of its history during the Renaissance – first cited by French writer Rabelais – when the Venetian macarone (meaning a fine paste of something crushed) of ground almonds, egg whites and sugar was brought to France by Catherine de Medici and her chefs when she married the future King of France in 1533, Henri II. It was a meringue-like biscuit but a much rougher looking type of confection, predominantly tasting of almonds and looking rather like an amaretti biscuit.

In France, the macaron’s super-model upgrade wasn’t made famous until the 1900s. This is the modern, smooth, colored macaron as we know it today, that’s now creating the confusion, known as the Parisian or Gerbet macaron. Ernest Ladurée’s second cousin, Pierre Desfontaines, takes the credit for inventing these sandwiched confections – although this calls for yet more delicious, historical homework. Most importantly, a macaron is not a Parisian macaron unless it has a ruffled, frilly foot underneath that smooth, shiny surface.

But even the macaron can be a confusing term today, as there are also many French regional varieties using the same ingredients as the Parisian macaron but the proportions are completely different. Each resemble more the original Italian macaron introduced by Catherine de Medici and many date back to around the French Revolution. Each region adds its own twist and, as a result, they all look so different (check out just some of the variations here).

Simpler and quicker to prepare, the coconut macaroon is also known as rocher coco or congolais in French. Sometimes the macaroon confection with shredded or flaked coconut – either star or cone-shaped – is dipped in chocolate.

It’s not clear when macaroons came on the scene but one thing is for sure: it was added to this gluten-free treat around the 1800s when coconut was brought from the East.

Just pronouncing macaroon makes us want to roll the “r” like we do in Scotland – and it’s no coincidence that we Scots are proud of the Scottish Macaroon bar: it’s particularly sweet since the fondant inside is primarily sugar and potato (trust the Scots to think of that one!) and coated with a thin layer of chocolate and coconut. I wonder if Catherine de Medici’s successor, Mary Queen of Scots as French queen brought it in her year-long reign as Queen of France?

To puzzle us further, there’s yet another exception to the rule of almonds and coconut: there are plenty of macaroon recipes outside of France which use pie crust or pastry as a base and the macaroon reference is a mixture of coconut and/or almond toppings.

So before the confusion spreads any further between macaron and macaroon, let’s nip it in the bud. In all their varying forms, the macaroon refers to the coconut confection; the macaron today, unless a regional version is mentioned, refers to the Parisian or Gerbet macaron – the shiny, dainty version. Just don’t forget its frilly foot.

Now it’s your turn: if you spread the macaron word, it will be no mean feat! 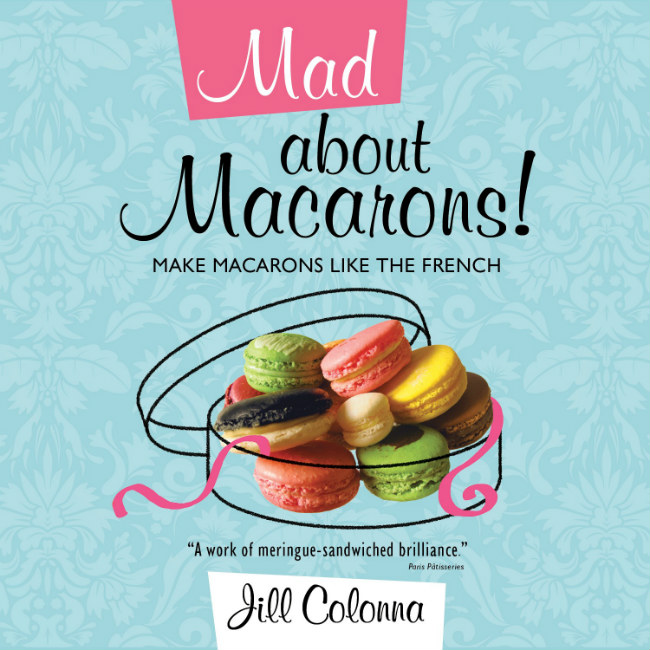 Mad about Macarons by Jill Colonna

Lead photo credit : Macaron vs Macaroon. From "Mad about Macarons" by Jill Colonna

Previous Article The Fabulous History of the Jardin des Plantes in Paris
Next Article A Local’s Guide to Paris Neighborhoods: 2nd Arrondissement