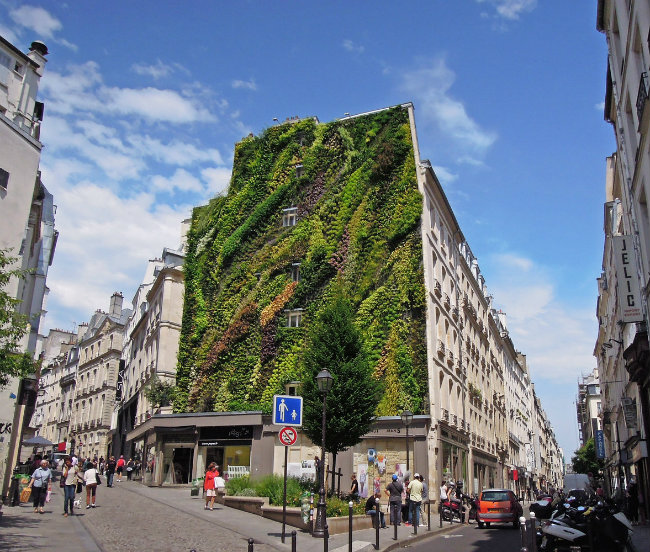 Coiled deep inside the city’s shell of districts sits the 2nd arrondissement and a neighborhood of delightful contrasts. Both gloriously grandiose and quietly quaint, at times royal and at others revolutionary, you’ll find a mélange of old-world sophistication and bustling work-a-day modernity that is irresistibly Parisian.

Unlike other centralized districts, the 2nd arrondissement boasts no major tourist attractions. But it’s exactly this void of guidebook fodder that allows a more nuanced and authentic Paris to surface, providing a veritable paradise rife with discoveries for the initiated flaneur. Here are some notable addresses to get you started. 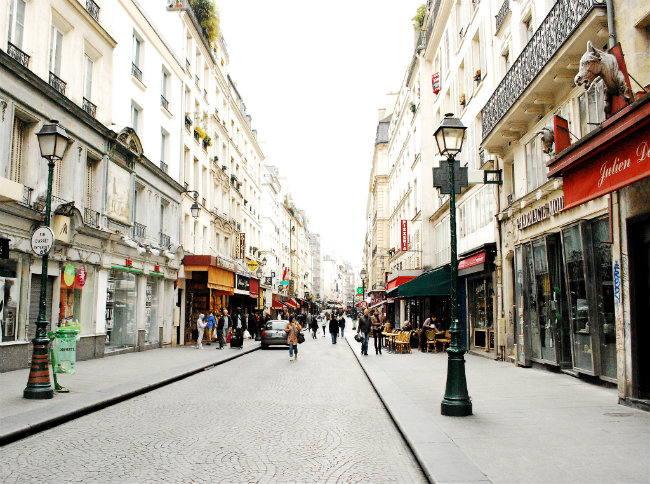 Coffee: If you believe that a good cappuccino is always a good idea, some very lovely bean brews await you in this district. Riding atop the frothy foam of the recent coffee shop wave is a place called Lockwood (73 rue d’Aboukir). Fueled by expert roasters Belleville Brûlerie, this hip and relaxed locale will restore your faith in great coffee (and possibly in hipsters). Matamata Coffee Bar (58 Rue d’Argout) provides similar deliciousness and is set just off village-esque Rue Montmartre.

And for a shocking third suggestion: Starbucks. Not for the coffee this time but for the ambiance: the location at 3 Boulevard des Capucines is set in a former aristocratic salon with shimmering chandeliers and grand painted ceilings, making that gingerbread latte the classiest one you’ll ever tip to your lips.

Shopping: To add a splash of panache to your purchasing, go back to the source—literally—with the covered passages of Paris. Considered the prototypes of today’s shopping malls, these artificial streets offer a glimpse back into Paris’ peak of chic. Galerie Vivienne is high-end fashion mixed with antique books and home decoration. The cozy Passage des Panoramas serves up a string of local eateries and collector’s shops, while Passage Choiseul puts on a daily spectacle of non-touristy, authentic local life. 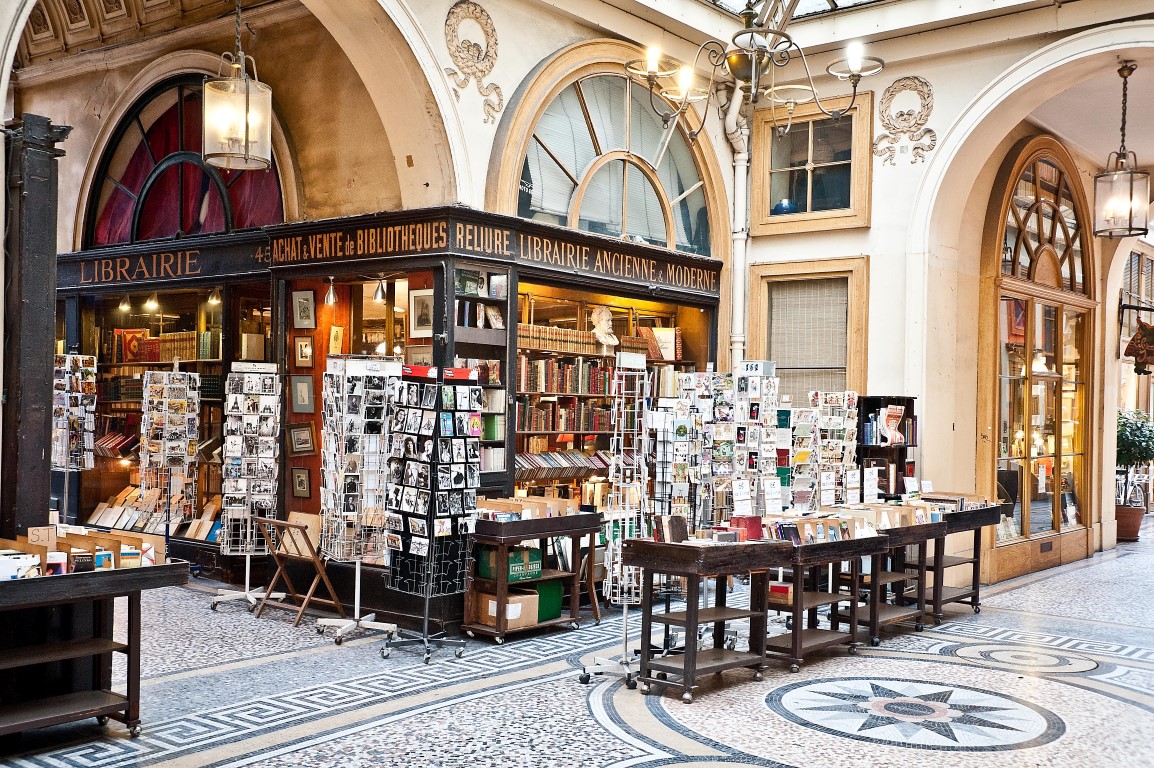 For a completely different browsing experience a stroll up Rue Montorgeuil is a must with its market-style atmosphere of butcher shops, florists, and cheese mongers. Paris’s first bakery, Stohrer (51 Rue Montorgueil), is a perfect slice of historic sweetness.

Wine: The 2nd arrondissement is a veritable mecca for wine lovers, with no fewer than four tasting addresses within two blocks from each other. Legrand Filles et Fils (1 Rue de la Banque) has specialized in wine since the 1880s and upholds a grand tradition in the area. Its sleek and sophisticated bar offers up to 14 wines by the glass and over 3,000 bottles for sale. For a more informal vino vibe, head just down the street to Aux Bons Crus (7 Rue des Petits Champs) or Willi’s Wine Bar (13 Rue des Petits Champs). Another locally-loved address is a cork’s throw away at Verjus (47 Rue de Montpensier).

Chocolate: Why should wine lovers have all the fun? Chocoholics can rejoice as well, starting with an oozingly rich chocolat chaud at A Priori Thé, housed in the classy Galerie Vivienne mentioned above. For chocolates of the handheld variety, it doesn’t get better than Debauve et Gallais (33 Rue Vivienne). Monsieur Debauve was Marie Antoinette’s royal pharmacist who designed a range of custom chocolates for the notorious queen. After dodging the Revolutionary guillotine, Debauve opened his first Paris chocolate shops in 1800. Still today you can add a royal touch to your sugar rush by purchasing his original Pistoles de Marie Antoinette. 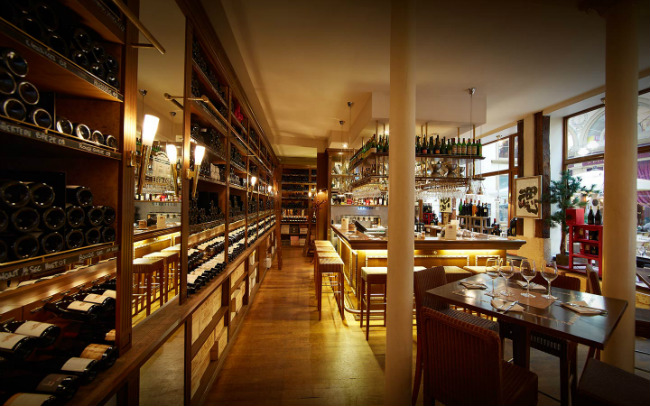 Restaurants: Of course the best lunch values are where the locals are, and you’ll find plenty of them at unpretentious Dédé la Frite (52 Rue Notre Dame des Victoires). Homemade fries accompany a range of freshly made duck, chicken, and even rabbit dishes that are always well executed. Les Bols de Jean (2 Rue de Choiseul) is a brainchild of famed baker Eric Kayser and serves up gourmet bread bowls full of soups, salads, and traditional French dishes like blanquette de veau.

For something more fun and family-friendly, try a pizza at Victoria Station (11 Boulevard Montmartre) where the dining rooms are recreations of steam locomotive train cars. And for a splurge, live out your favorite film scenes from Something’s Gotta Give with a high-end dinner at Le Grand Colbert (2 Rue Vivienne). Appearance by Keanu Reeves not included.

Editor’s note: We also highly recommend the foodie mecca on rue du Nil, where Frenchie restaurant reigns supreme. (This world-famous restaurant is flanked by a number of gourmet establishments like Terroirs d’Avenir and L’Arbre à Café. Consider Frenchie Wine Bar or Frenchie to Go if you can’t snag a reservation at Frenchie proper.) 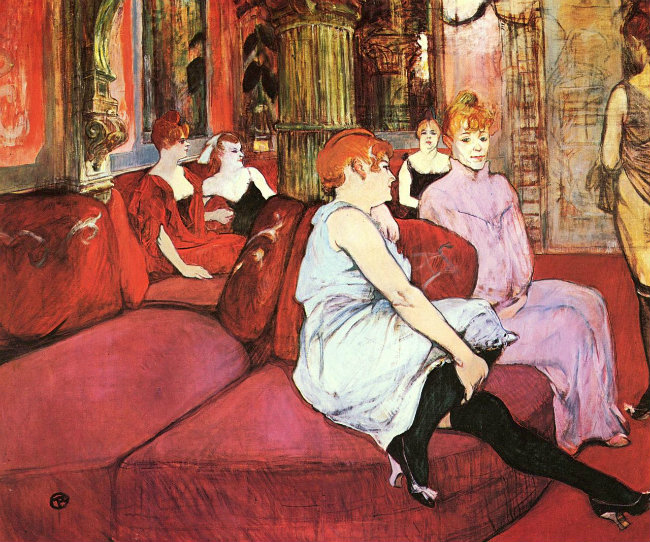 History: As one of the oldest arrondissements the 2nd has oodles of juicy history to savor as well. Tip your hat to the glory days of debauchery in front of the former address of Le Chabanais (12 Rue Chabanais). This nondescript office building was once the most illustrious and lucrative bordello in Europe and hosted a revolving door or princes, presidents, and dignitaries. Rooms decorated in the style of Pompeii, India, the Middle Ages and even Versailles made it famous around the world. The brothel’s kinkiest client, King Edward VII of England, famously enjoyed champagne baths in the company of several of his…female companions.

For a less naughty trip back in time, head to the building at 35 rue des Capucines to contemplate an 1874 art exhibit that was such a flop that an unimpressed journalist invented the term “Impressionism” in hopes of insulting its silly artists. The artists turned out to be Monet, Cezanne, Degas, and Renoir. Later the painters adopted the term as their own and not only got the last laugh, but essentially laughed all the way to the bank.

Previous Article Paris Pastry: Is it Macaron or Macaroon? What’s the Difference?
Next Article Hang out with Orangutans in Paris at la Ménagerie, Jardin des Plantes