The Fabulous History of the Jardin des Plantes in Paris 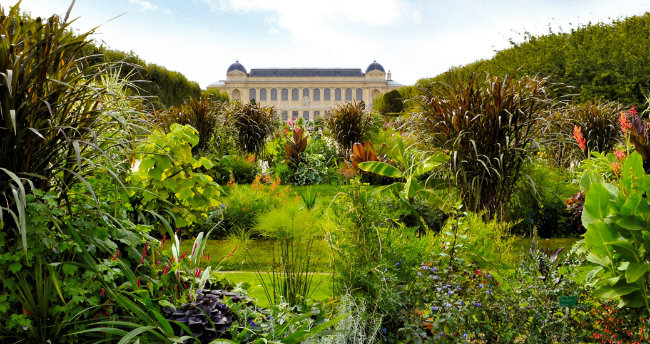 On a lovely autumn day I decided to walk to one of my favorite places in the fifth arrondissement in Paris, The Jardin des Plantes, to photograph its long promenade  dividing the wide lawns and flower beds, parterres, which depict an almost sacred geometry. Each time I enter these gardens, where the public becomes private in varying degrees, I feel transported to another time and place, as its formality lyrically connects me with the past. Since plants are the principle source of the air we breath, I am respectful of the visionaries who created this flourishing environment of usefulness and beauty, particularly after the COP21, the United Nations Conference on Climate Change, in Paris this past November.

Initially called Le Jardin Royal des Herbs Médicales, (Jardin du Roi), these 28 hectares of botanical gardens were originally purchased from the neighboring Abbaye de Saint Victor in 1626 by King Louis XIII, who subsequently granted permission to two of his physicians, Jean Hérouand and Guy de la Brosse, to create a royal medicinal herb garden. A school of botany was added and the gardens officially opened to the public in 1640. 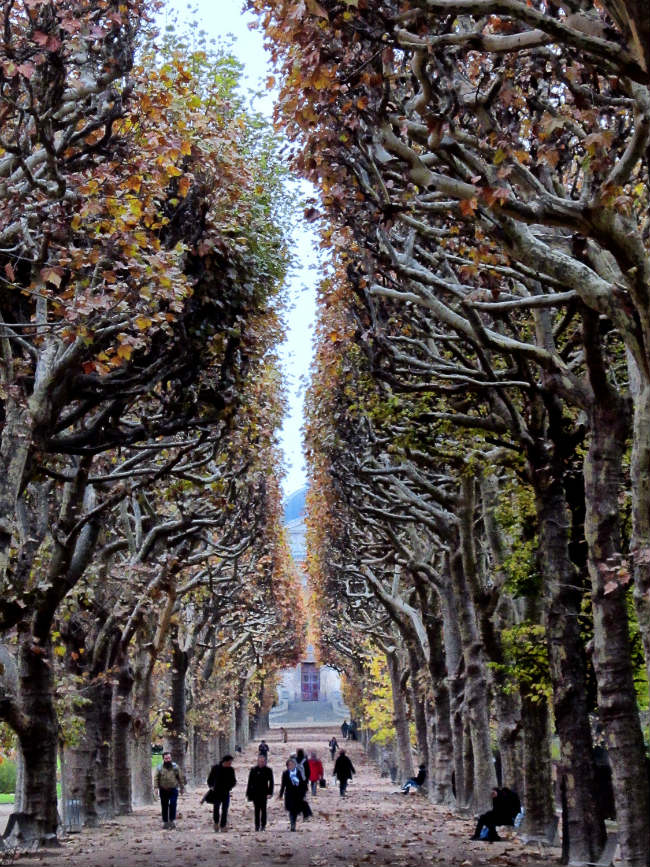 As was fashionable and prescient during the 17th and 18th centuries, botanists in France, and indeed in many other European countries, were sent to distant lands in order to gain knowledge and enhance already respectable botanical collections. Among those early scientific adventurers from France were Antoine, Bernard and Joseph de Jussieu. Sons of a prominent apothecary, they all studied to be doctors at a time when medical science was based on curing physical ailments and disease with the use of herbaceous plants. The brothers’ interest in the discovery and cultivation of healing plants led them each, in turn, to the study of natural science. Today, they are celebrated as among Europe’s earliest botanists.

The Jussieu brothers’ legacy was added to by George-Louis Leclerc, Comte de Buffon, the esteemed naturalist who is considered the “father of natural history.” Between the years 1739 and 1788, Buffon oversaw the growth of the Jardin du Roi, doubling them in size and extending it to the banks of the Seine. Inspired by Italian Renaissance garden design, he planted the tree-lined promenades; added different levels to the grounds as well as large-scale parterres, secret grottos, labyrinths and statuary; and established a renowned research center there. Buffon crystalized what we today consider the purpose of a botanical garden – to study, teach and exhibit. 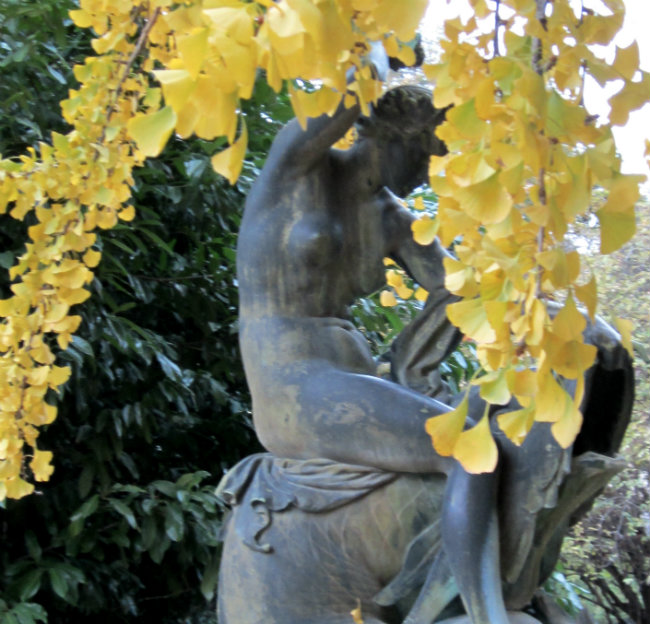 Fall foliage in the Jardin des Plantes by Sue Aran

The Jardin du Roi and its museum buildings were also the work space of Georges Cuvier, a distinguished naturalist and zoologist whose education was heavily influenced but the massive volumes of Count de Buffon’s Histoire Naturelle. By comparing living animals with fossils, he established the concept “extinction” and garnered the sobriquet “the father of paleontology.” Contrary to his findings, he thought the theory of evolution was merely controversial speculation and preferred creationism as a tenet to support his religious beliefs. Cuvier’s theories remained polemical, even after Charles Darwin published On the Origin of Species, more than 20 years after his death. 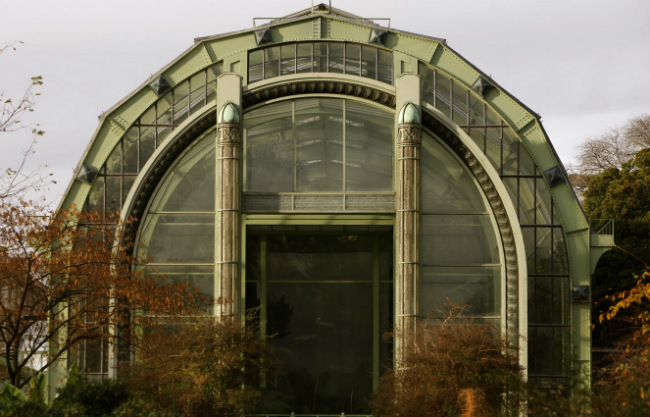 In 1793, after the Revolution, the Jardin du Roi was expanded again and became part of the Muséum d’Histoire Naturelle, the Natural History Museum. A zoo was soon added, the oldest in Paris, with animals from the Royal menagerie in Versailles. For the first time, Parisians could gaze in wonderment at giraffes, bears and elephants, among other creatures. Four huge green houses, the Grandes Serres, were constructed to house over four thousand species of tropical plants. Rose, peony, and iris gardens were added in later years, and the impressive Alpine Garden is a still a marvel, with specimens from Pakistan, Nepal, Corsica, the Himalayas, the Balkans, Afghanistan, Mexico, Morocco, Argentina, Provence and the Pyrenees. In total, four galleries of the Muséum d’Histoire Naturelle are now situated on the garden grounds. The forlorn Galeries de Paléontologie and Entymologie are not worth seeing, but the Galerie de Minérologie displays over two-thousand minerals and gems, including the spectacular emerald which decorated the Holy Crown of St. Louis, while the Grande Galerie de l’Evolution superbly exhibits 10,000 thousand life-like animals dramatically portraying the story of evolution en masse. 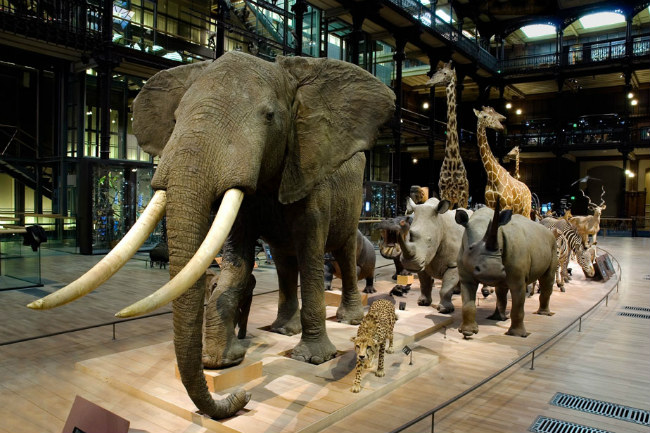 A project of this magnitude and age is not without its curiosities and interesting facts. Unknown to many visitors, the first Cedar of Lebanon, transplanted from London’s Kew Gardens as a seed in 1734, still grows here, as does an Acacia dating from 1647, a Japanese Pagoda tree from 1747, and a there’s a beautiful section from a 2,000 year old American Sequoia. The oldest taxidermically-preserved rhinoceros, dating from 1770, is on display in the Muséum d’Histoire Naturelle along with other animals from the African savannah. The Post-Impressionist painter Henri Rousseau, inspired by his frequent visits to the zoo, first imagined his famous jungle paintings here. During the Prussian Siege of Paris in 1870, most of the animals housed in the zoo were slaughtered to fend off starvation. And a few stone seats, apparitions from a Roman amphitheater that sat 12,000 people, are all that’s left of the Arènes de Lutèce.

Each time I visit this oasis of wonder, I discover something new. The Jardin des Plantes remains an unrivaled hideaway hidden within a bustling city landscape. This visit was a particularly poignant reminder that life is precious, and that we all share responsibility for protecting biodiversity and ecosystems worldwide; our future depends on it. 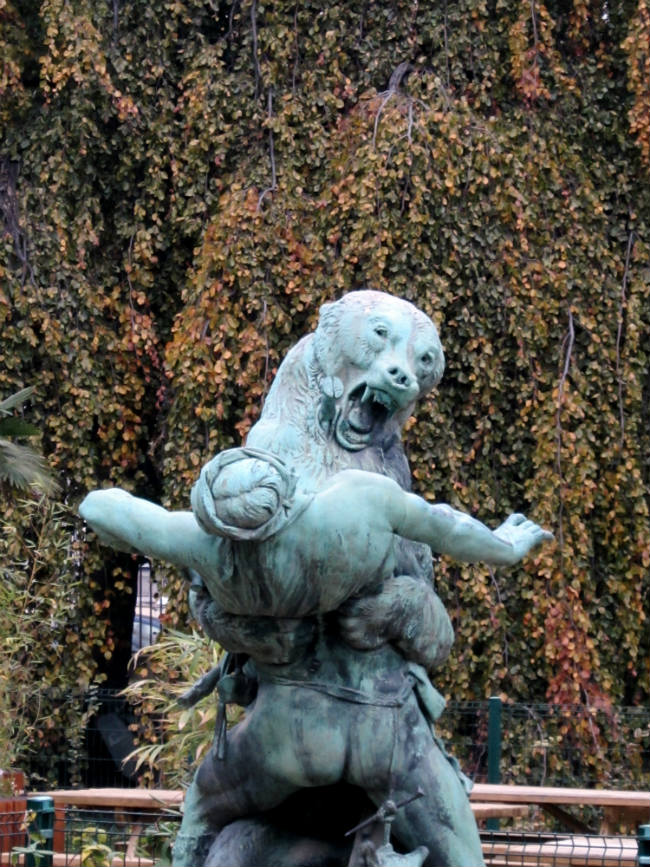 Statue in the Jardin des Plantes by Sue Aran