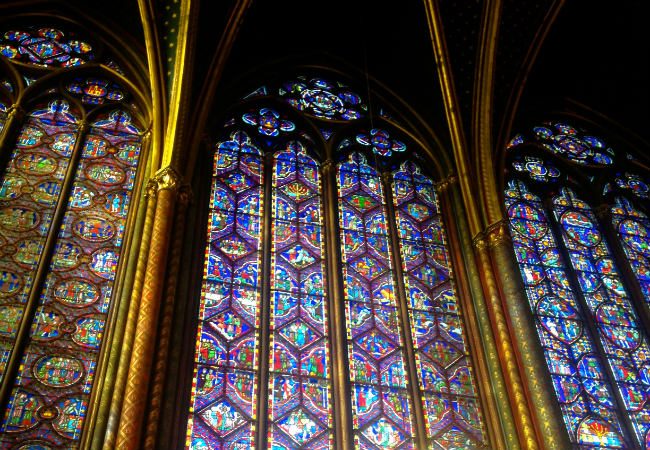 Situated on the Île de la Cité, this medieval chapel is yet another jewel in the Paris crown. Although its exterior is not as imposing or as enchanting as its neighbor Notre Dame, the upper chapel’s interior edifice is regarded as one of the greatest feats of 13th-century Gothic architecture. Steeped in history, the arresting beauty of La Sainte-Chapelle has seen it become one of the most compelling venues for an evening of classical music.

Completed in 1248, La Sainte Chapelle was commissioned by King Louis IX to house Christ’s Crown of Thorns and later a fragment of the True Cross among other passion relics from the Holy Land. Today these precious relics are enshrined in the Cathedral treasury of Notre Dame.

Although La Sainte Chapelle no longer serves as a reliquary, the chapel is home to one of the largest collections of 13th century stained glass in the world. Each of the 15 towering figurative glass panels delicately depicts a biblical narrative. Natural light which streams through the textured glass gives life to the meticulous craftsmanship. The surrounding walls are equally adorned and embellished with rich colored motifs; large stone sculptures of the twelve apostles flank each window panel while the vaulted ceiling portrays a starry night. Refracted light creates a rainbow of cranberry pink, royal blue, burgundy red, emerald green and golden amber which illuminate the chapel. Although it is often recommended to visit on a sunny afternoon, the twilight concerts are a wonderful time to take in the opulent surroundings. 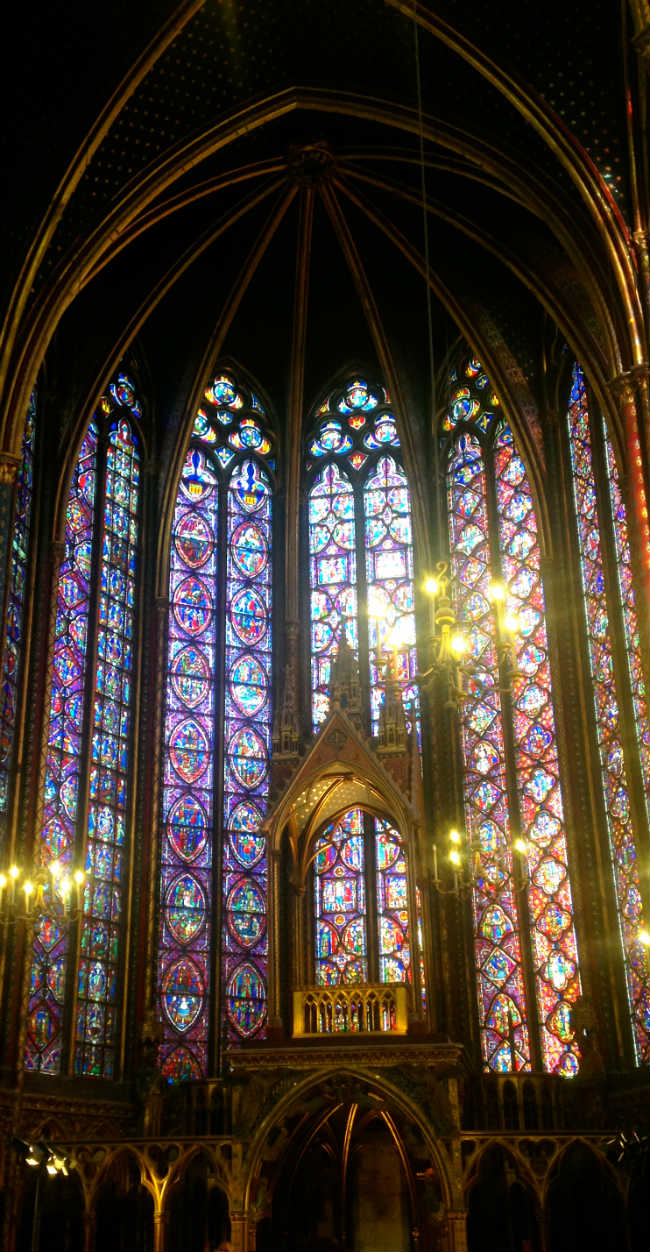 Led by David Braccini on Violin, Orchestre Classik Ensemble fill the sanctum with a lively performance of well-known classical pieces including Vivaldi’s Four Seasons, Pachelbel’s Canon, Vitali’s Chaconne and Handel’s Sarabande. Throughout the year, the Quintet’s recital program varies in order to loosely coincide with the liturgical calendar. Between now and the end of December, Orchestre Classik Ensemble, alongside other musicians and vocalists perform a special seasonal repertoire of selected works from Bach along with popular and sacred Christmas songs.

The excellent performance of classical favorites delivered by the Orchestre Classik Ensemble, coupled with the outstanding aesthetics of La Sainte Chapelle, make it a night to remember in the City of Light, particularly during the festive season.

The concerts are held twice a day (6pm and 7.30pm), 7 days a week, and last approximately 70 minutes. Concert tickets are available through a number of different agencies; they can be bought online at www.digitick.com or www.classictic.com and cost between €18 and €44. Alternatively tickets for the various performances can be purchased in the souvenir shop across the road from the entrance of Sainte Chapelle, at number 5 Boulevard du Palais. The entrance to La Sainte Chapelle is located at number 4 Boulevard du Palais. Métro: Cité (line 4). Website: http://sainte-chapelle.monuments-nationaux.fr. It is recommended to wrap-up well as the Chapel can be chilly in winter. 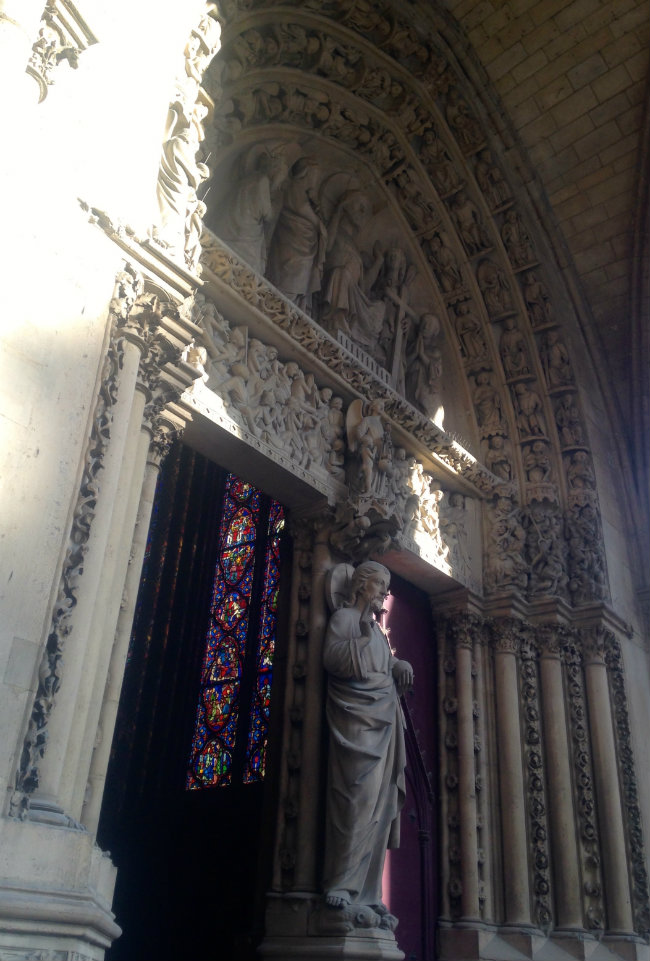 Previous Article French Recipes for the Fêtes: Boudin Blanc with Mushrooms
Next Article The Fabulous History of the Jardin des Plantes in Paris