The Bikini and the Beats: Sizzling Summer Exhibits in Paris 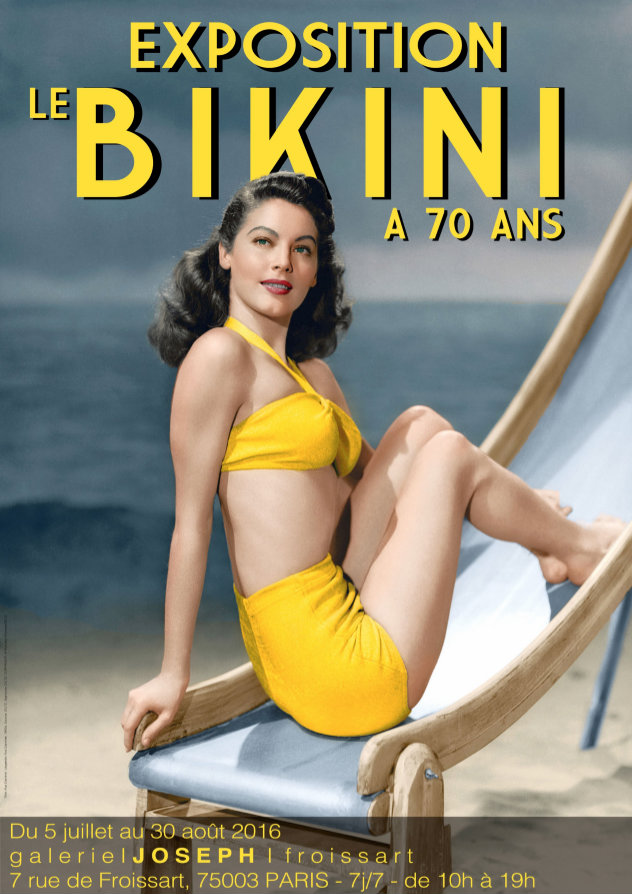 70 Years of the Bikini at the Galerie Joseph

The Atomic Age, the Cold War, the sexual revolution. The post-World War II era is one of endless fascination for many. A time of abundant change, it has been seemingly picked over and analyzed to death. However, two exhibits in Paris this summer, The Beat Generation at the Centre Pompidou and the 70th birthday celebration of the bikini at the Joseph-Froissart Gallery, indicate that there is still more to learn and some unexpected insights to be gained.

The Beat Generation is famous for predicting where the cultural tide would turn. From the early 40s to the early 60s, they provided a template for what would become the widespread counterculture movement of the late 60s. The new exhibit at the Pompidou attempts to give the museum-going public a sense of their aesthetic and historical significance. It largely succeeds. 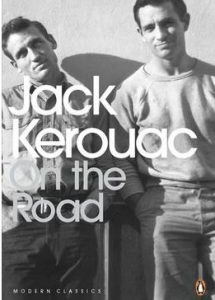 Jack Kerouac’s “On the Road”

The exhibition wisely understands that Beat culture is best summed up by not being summed up. The presentation is scattershot and sprawling but done so with precision and a keen sense of purpose, a juxtaposition in tune with the subject matter. Traditional artwork is right alongside installations, video loops, artifacts, writings, even a live poetry reading. What this cacophony reveals is the yearning of a group of artists to transcend the boundaries of the society they inhabited.

Jack Kerouac’s famous endless scroll manuscript of On The Road is placed front and center and serves as a visual metaphor for the liberating self expression he practiced, along with his cohort. The rejection of traditional form is perhaps the closest thing the Beats had to a single unifying theme but what we are shown here is that how they each went about it varied so greatly as to render that description incomplete. As a result, Kerouac’s stream of consciousness comfortably sits side by side with William S. Burroughs’ cut-up Dadaism. 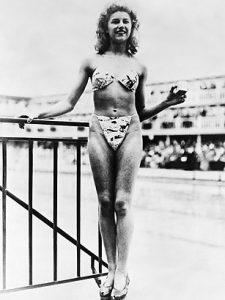 The portions of Allen Ginsburg’s poetry and other works hanging at various intervals are crucial reminders that the Beats were often interested in revealing the beauty in things that were at the time considered obscene. The exhibit also deftly reminds us of the political ramifications of Beat culture without it being overbearing. It would be years before the Gay Liberation movement had any broader impact but Ginsburg’s role as its proto-poet laureate is woven through with photos and drawings along with his words. The exhibit also displays how the work of the Beats has been kept alive through re-interpretation. Allen Ruppersberg’s installation The Singing Posters takes Ginsburg’s “Howl” and phonetically splashes it across several bright and colorful posters. It’s almost as if a package of Skittles had eaten a copy of the poem. No doubt Ginsberg would approve.

And yet, post-war culture wasn’t only about the hipsters and the avant-garde. After all, at the height of the Flower-Power era in the United States, Richard Nixon was elected president. How did all of this change fit into the lives of the “squares” with their crew cuts and middlebrow sensibilities? This is where the Joseph-Froissart Gallery’s Bikini exhibit becomes a revelation in a certain sense. It was 1946, the war had just ended, and what better way to celebrate the fall of fascism in Western Europe than to make being almost nude a socially acceptable fashion trend? 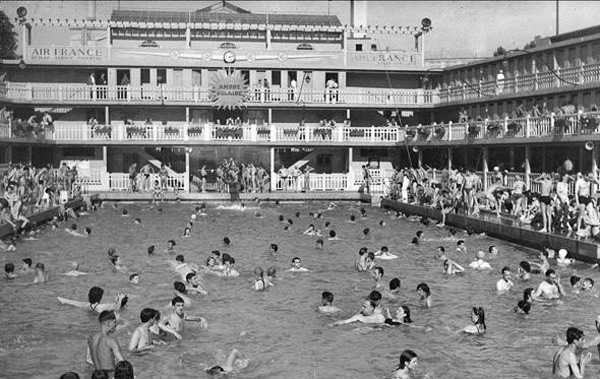 Vintage photo of the Piscine Molitor, where the bikini first debuted. Public Domain.

Beyond mere adolescent appeal however, though there is that, the bikini serves as a symbol for the other side of the cultural revolution. That its name was derived from an atomic testing site is almost terrifyingly prescient. 1946 is not a year one associates with loosening social mores and yet engineer/designer Louis Réard seemed fully aware he had something explosive on his hands. The exhibit itself is straightforward and informative. The history of the bikini is presented in a series of photographs. There are also several early examples of bikinis on display. Sociological interests aside, the exhibit is certainly a lesson in fashion history for those inclined to see it that way.

However, the history on display is revelatory as one watches the progression of photos through time. Starting with the girls parading around at the Molitor pool, we have the classic image of the pin-up or ingenue, femininity from a bygone era. When we arrive at James Bond and realize that with the sexual revolution women earned hard fought freedom, but those stuffy middle aged men with bad haircuts found a way to enjoy it. 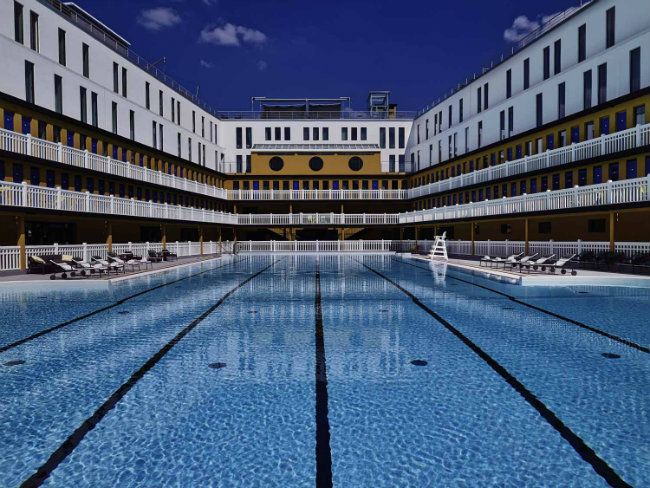