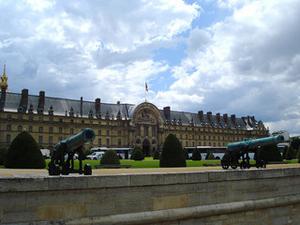 The men in my family have always gone to war. Over the course of the past century, they have garnered a total of three Medals of Honor, six Silver Stars, and a wide variety of other decorations. During the 17th, 18th, and 19th centuries, before emigrating to the United States, the men (and a few women) of my bloodline fought in all of the great wars of Scandinavia, participated in the various battles that took place throughout the United Kingdom, and combated the armies of Napoleon. My younger brother and I make up the first generation in my family to opt out of war, but even so, this history of war has always fascinated me.

When I arrived in Paris, I knew of the presence of Les Invalides—which stands as the heart of France’s elaborate military history—but it took me quite some time to get around to actually visiting it. I was living on the Right Bank, just at the south edge of Montmartre, so I began my exploration there. It was a month before I visited the Eiffel Tower even, which is situated directly adjacent to Les Invalides. But eventually I began spending more and more time with a girl who lived in Montparnasse, so the Left Bank came to occupy more of my attention.

Eventually I made my visit to Les Invalides, which was originally constructed to treat and house injured and aging veterans. As time went on, the majority of this work was moved to other facilities, though the buildings that make of Les Invalides still do include a retirement home, medical center, and medical consultation center that all operate on a limited basis. 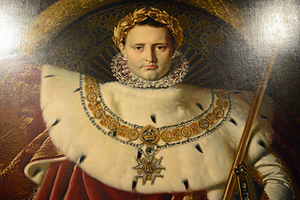 Today, Les Invalides is primarily dedicated to preserving the military history of France. It is comprised of the Army Museum, which is one of the largest museums of military history in the world. It houses a number of collections made up of pieces that have comefrom different periods starting with the late Middle Ages. Some of these are quite striking, such as the ornate Lions Armor of Francis I, a well-preserved pig-faced bacinet, and a painting of Napoleon on his throne that was produced by Ingres.

The Army Museum is also home to the Charles de Gaulle Monument, as well as the hearts and bodies of many of France’s most glorious war heroes—including that of Napoleon Bonaparte.

Napoleon’s massive sarcophagus is constructed of red quartzite. Standing at the center of the Dome des Invalides, it gives off the undeniable impression that it contains one of the greatest men to have walked the Earth. Simply put, it looks like the resting place of a true king.

When I first entered the Dome, I was instantly struck by a sense of enormity. History had surrounded Napoleon. He did not carve it to his design; it shaped itself to his vision. Savior to some and the scourge of others, regardless, Napoleon cast a tall shadow. 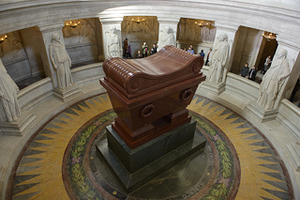 During my visit, the Dome was strangely empty considering it was a weekend at the height of tourist season. Some of the only other visitors were an English family with two or three children.  While the father was walking around the tomb excitedly, his children sat on a step and watched on wearing bored expressions. Finally one of them spoke.

“Can we leave soon? This is booooring.”

The father whirled to look at them. “Boring! This is history!”

“Do you know who lies in this tomb? Do you?” The kids stared, unimpressed. The father flapped a dismissive hand at them. “You wouldn’t know exciting if it bit you.”

I decided to move on.

As I walked through the other tombs which contained Napoleon’s brothers, his son, Philippe Leclerc who was one of the great heroes of France during World War II, and a number of the countries great military leaders, I could not help but think how dismal it was that more people were not interested in such a place.

War is terrible, yes, but these people using weapons and tools such as the ones that are housed at Les Invalides played a massive role in forging the world we live in today. It is up to us what we do with it from here, but in order to make the right decisions, we must first understand what brought us here. 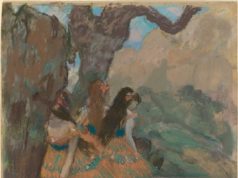