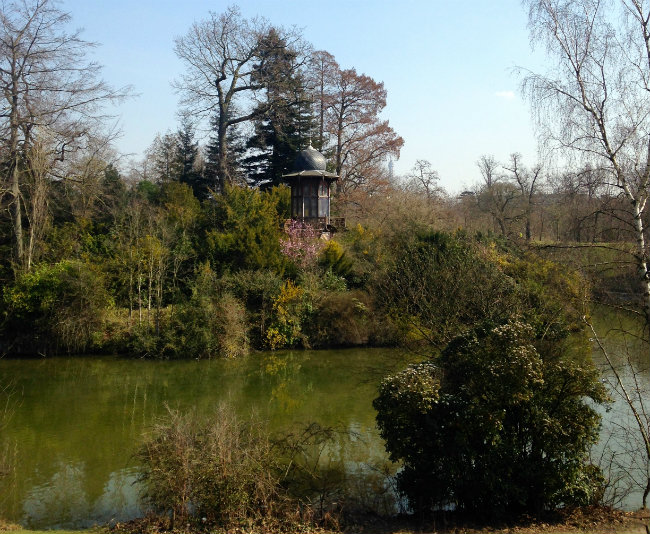 This belt of the reincarnated railroad, which runs the length of the 12th arrondissement, is the perfect vantage point to take in eastern Paris. The latter section of the walk known as “the Coulée Verte René-Dumont” (3km) takes a more subterranean direction as you traverse trenches and descend into tunnels to eventually arrive at the Bois de Vincennes, “the right lung of Paris”. Burgeoning with foliage and floral treats along the way including rose bushes, wisteria, cherry trees, ivies and vines – the Promenade Plantée is the ultimate urban safari. 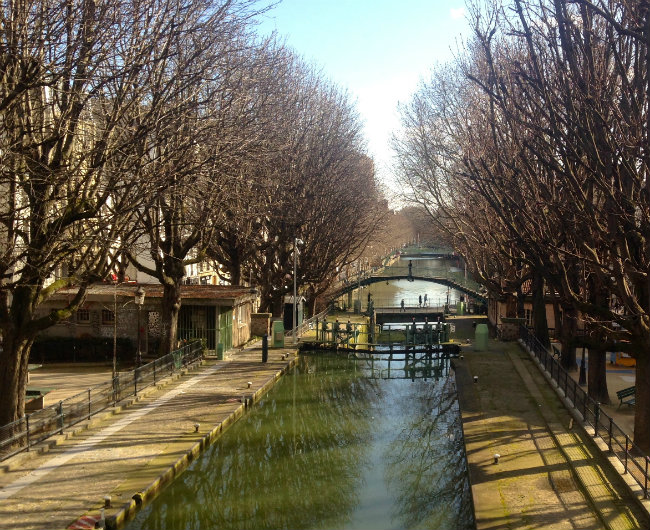 Wonderfully quirky and offbeat, a meander along the tree-lined banks of Canal Saint-Martin has become the locals’ low-key alternative to a stroll along the Seine. Beginning at the southern end of the quay on the corner of Rue du Faubourg du Temple, leisurely venture north. Along the way, watch the boats negotiate the swing bridges and locks, skip stones on the emerald water, or simply admire the varied graffiti and street art the district has to offer.

The weekends see the banks bustling with cafes, bars and boho-chic boutiques, and on Sundays the roads either side of the canal are pedestrianized. The Canal’s course veers underground just before Place Stalingrad leaving you conveniently at the extremity of the 19th arrondissement, where another majestic saunter can be had. 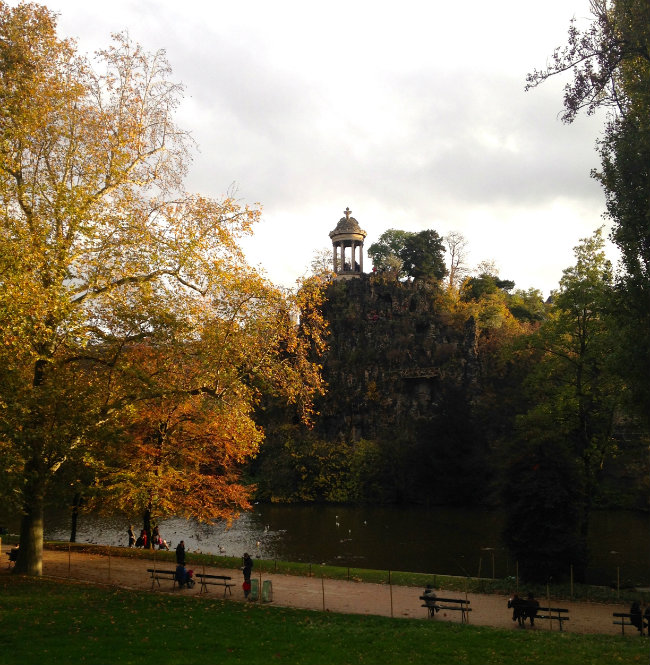 Northeast of Paris in the 19th arrondissement, a 61-acre man-made treasure is found. Unlike many of the parks in Paris, Buttes-Chaumont is an informal and untamed oasis, where the rare treat of sitting on the grass is permitted. Originally an area reserved only for criminals due to be executed, it later became a lime quarry and then a public wasteland until Napoleon III appointed the Baron Haussmann to create a park for the working class. Far more than this, the Buttes-Chaumont features a wrought-iron railway bridge, dramatic waterfalls, craggy cliffs and undulating hills by virtue of Haussmann’s use of dynamite in the park’s construction.

In the center of the park, a sharp ascent leads to the pièce de résistance: the Temple de la Sibylle. Inspired by the Temple of Vesta in Tivoli, Italy, this vantage point provides remarkable views of the city, most notably the Sacre-Coeur Basilica. On the decent, a San Francisco-style suspension bridge allows you to pass over the large artificial lakes and equally provides impressive views of the park and its myriad flora and fauna. 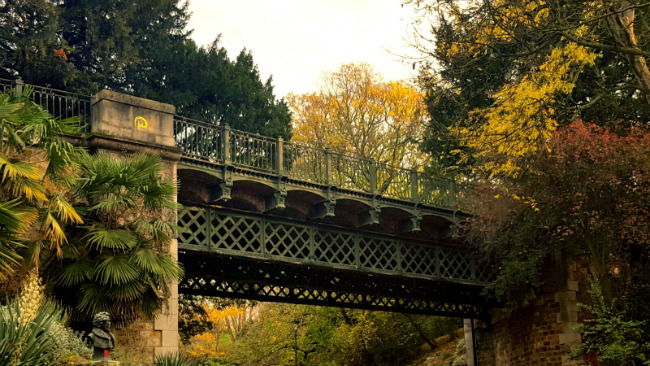 Although cemeteries seldom make it onto the list of places to visit when exploring a new city, Cimetière du Père-Lachaise makes for a particularly peaceful afternoon stroll. Owing to its labyrinth of intersecting cobblestone paths, the cemetery is often described as a microcosm of the city itself.

Nestled in the 20th arrondissement, the cloistered plot hosts the remains of a wealth of famous figures including Jim Morrison, Édith Piaf, Chopin, Gertrude Stein, Oscar Wilde, Modigliani and Delacroix. Its layout is especially charming, with a seemingly endless network of tree-lined paths, mausoleums and hilly terrain. Look for Oscar Wilde’s tomb (which used to be covered in lipstick kisses) and Jim Morrison’s grave, decorated with cigarettes and bottles of booze. Particularly attractive on a brisk sunny day, the unparalleled stillness and silence within the cemetery walls provides a welcome respite from the city’s hustle and bustle. 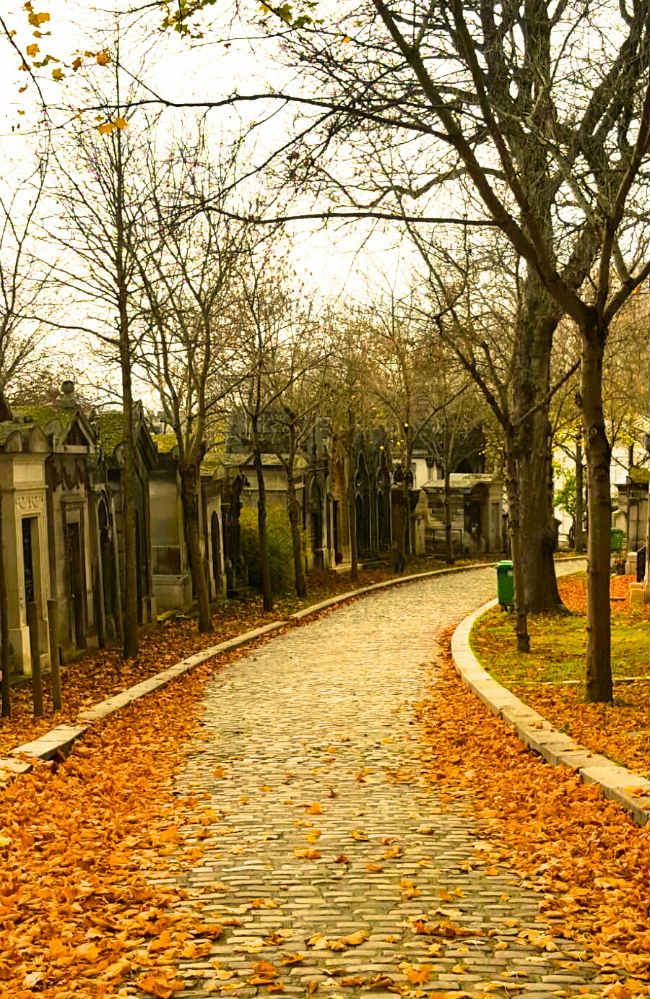 Dubbed “the left lung of the city”, this staggering 2,088-acre forest is located on the western periphery of Paris within the 16th arrondissement. Strikingly reminiscent of London’s Hyde Park, this former hunting ground is the marvelous result of another Napoleon III – Haussmann collaboration. Beneath a canopy of towering oak trees, leafy paths trace the various trails. A jaunt in the secluded Jardin Shakespeare is especially romantic, while the Jardin d’Acclimation is a fabulous attraction for families. With two expansive lakes, and boat rentals on Lac Inférieur, numerous ponds, bike hire, horse riding trails and splendid picnic spots; the Bois de Boulogne promises to fulfill your outdoor desires and convince that á pied is the only way to go.

More in walks in Paris