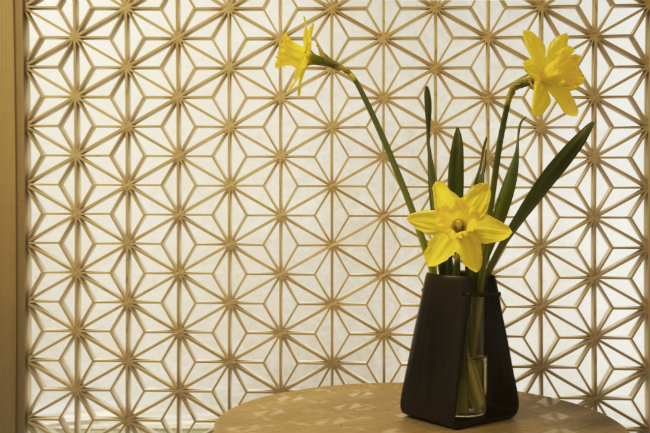 This month will see a new spa opening in Paris, but not one based around traditional French skincare or products. Instead, Suisen centers around the ancient Japanese technique of shiatsu massage, designed to balance and harmonize the body’s energies for a more holistic approach to health.

Created by Sandra Kasparian, Suisen was born out of Sandra’s desire to offer beauty treatments that take wellbeing further than just skin-deep. After years spent working in the beauty industry, and thanks to growing up in a family which encouraged a more natural approach to health, Sandra developed the concept of Suisen to offer massages that work at a more profound level. 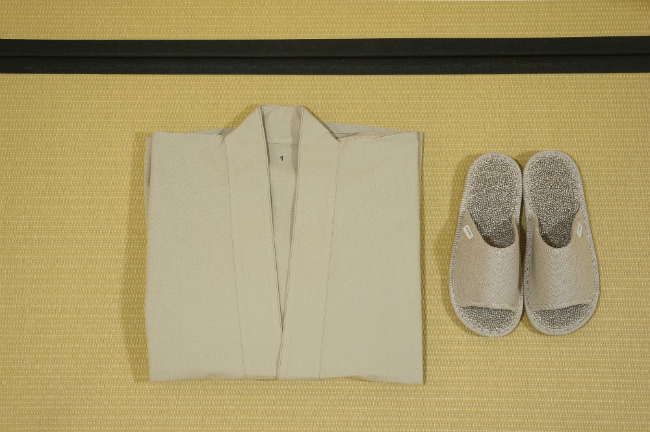 The spa has been a labor of love for Sandra, who has spent five years traveling back and forth to Japan carefully sourcing all of the materials to create a truly serene space in the heart of Le Marais.

During her travels, Sandra recruited artisans from various Japanese regions, including Tokyo, Kyoto and Mount Fuji, to create everything: the washi wallpaper, bedding, futons, teas, and all of the oils used during the treatments. Wooden features have been painstakingly hand-carved, screens have been hand-painted, and Sandra herself has hand-picked all materials and products for their quality and authenticity.

Care has also been taken to ensure that everything is organic, from the tea and the pretty pastel-colored macarons, to the sheets and towels, and even the fabric of the futons. The attention to detail is really quite impressive – look up and you can even see a straw ceiling – Sandra has succeeded in creating a corner of Japan right in the center of Paris.

But what also sets Suisen apart is its a sense of warmth. Unlike the all-white, minimalist design of most spas, because Suisen’s interiors have been inspired by a Japanese ryokan (a traditional inn), they invoke a homely feel. With plenty of natural wood, soft beiges, and low lit corridors and rooms, Suisen sets the scene for a sleep-inducing massage and experience. Even the traditional shiatsu, which requires you to wear a traditional loose-fitting Japanese two-piece called a “jinbei,” takes place on a tatami and futon rather than a massage bed.

In addition to the traditional shiatsu, Suisen offers three other massages, which Sandra has spent years researching. Clients can also choose from shiatsu with aromatic oils — naturally all organic and cold-pressed — and a detoxing, body toning massage which uses a Japanese “tawashi” plant-based sponge to brush and stimulate the lower half of the body before you are massaged from head to toe. The fourth treatment draws on similar shiatsu techniques but focuses on the face, stimulating the body’s “energy windows,” known as “tsubos,” for a more radiant complexion.

Each treatment not only provides a relaxing one-hour (or longer) experience, but also charges up the circulation and immune system so you feel the benefits even after you have left Suisen. The pressure applied during the massage can be strong, but the combination of this stimulating technique with softer strokes and stretching left me with a sensation no other massage has – I felt like my body had been re-tuned. 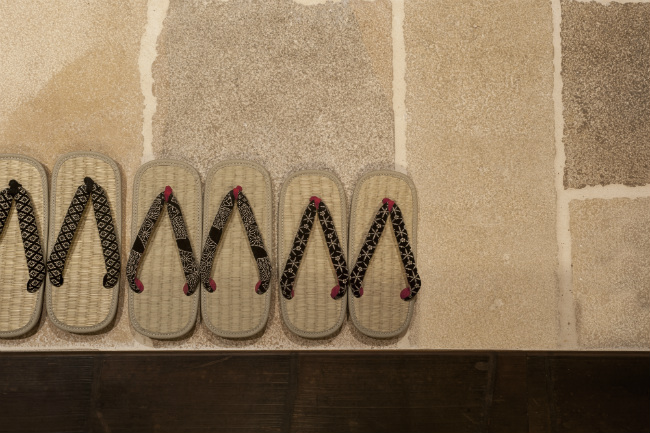 Another thoughtful touch is the post-treatment experience. You are not rushed out the door at Suisen, but instead offered a freshly prepared Japanese tea of your choice and organic macaron, which is considered part of the treatment. Suisen encourages guests to enjoy this moment as part of the experience, taking just a little bit more time for yourself before you have to leave Japan and return to Paris.