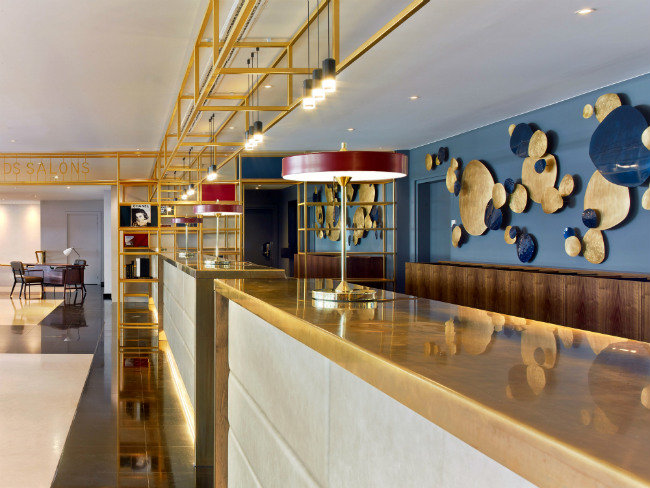 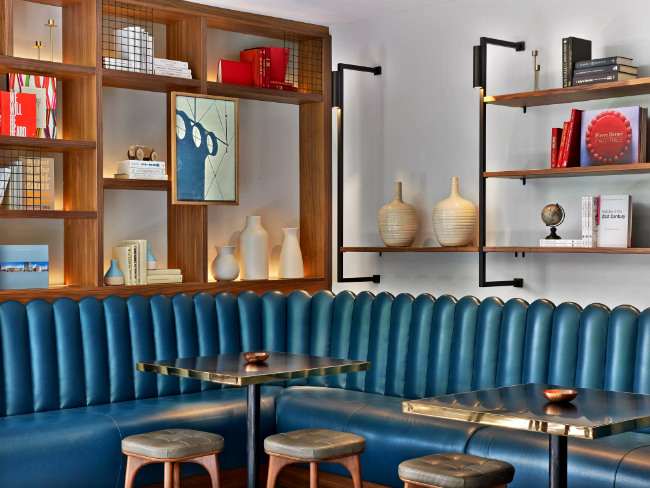 When Air France first launched Le Méridien hotels in 1972, they created a big flagship property next to the Palais des Congrès convention center (Porte Maillot) in the 17th arrondissement. Now owned by Starwood, Le Méridien has been reimagined as a “contemporary lifestyle brand focused on unlocking the destination through culture, the arts, and cuisine.” And Le Méridien Etoile—the flagship and the biggest hotel in central Paris—has reopened after a multi-million-euro makeover. 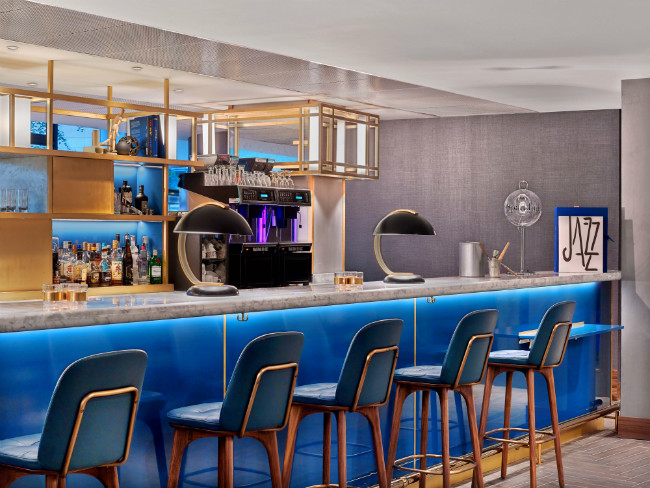 To fete the occasion, the hotel threw a lavish launch party last week, showing off the new interiors by London-based firm Michaelis Boyd and Jean-Philippe Nuel (the designer responsible for the cool look of the Molitor). We were impressed with the Paris accents throughout this big business hotel; the mid-century modern décor also pays homage to the hotel’s setting with fun Paris references (illustrated maps of Parisian arrondissements decorate the headboards of the beds). 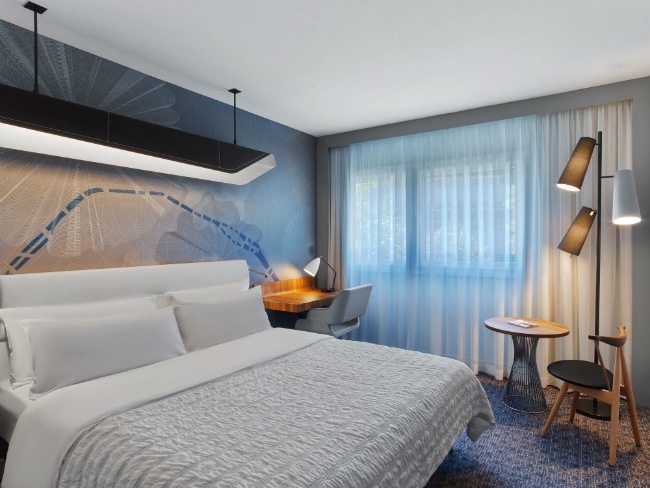 The champagne was free flowing, the legendary Jazz Club Etoile was packed with revelers, and gourmands oohed and ahhed over the make-your-own éclairs. A fun soirée, indeed. 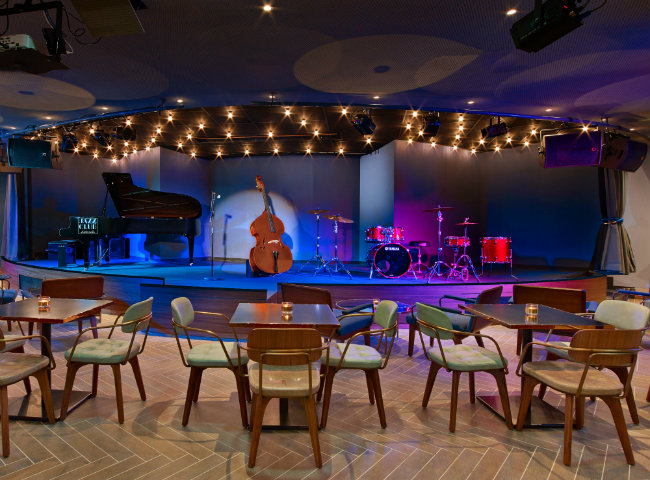 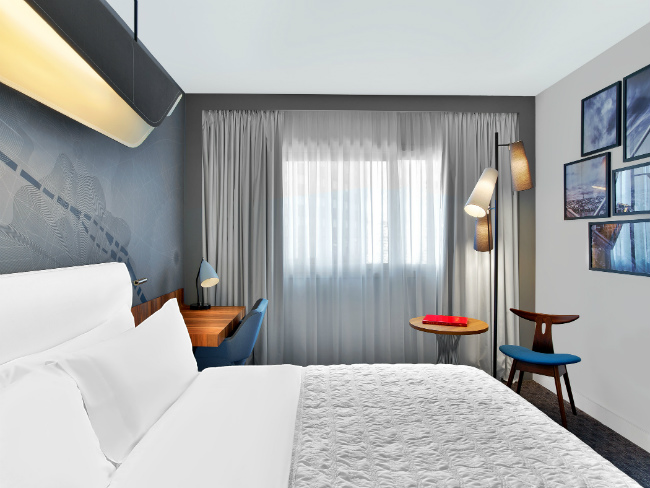 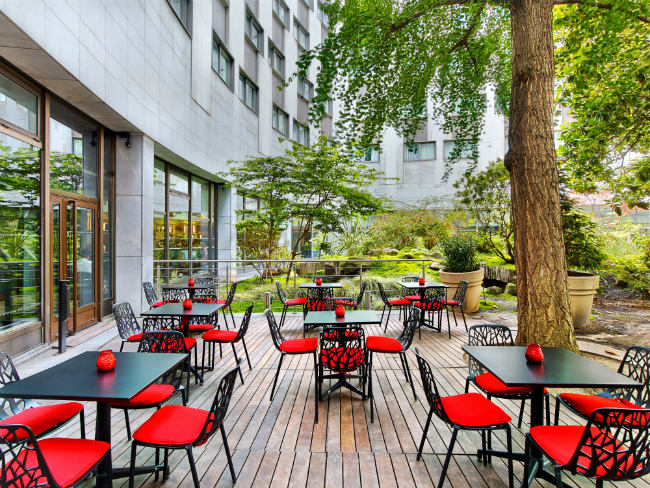 Previous Article Hergé, the Genius who Invented Tintin
Next Article Pancakes in Paris: An Entrepreneurial Tale