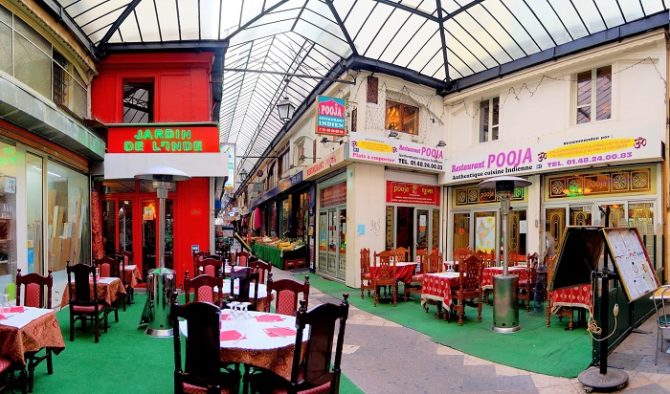 Even the City of Light has grey days in winter, where cloud-covered Paris can make you long for sunnier times, with flowers and blossoms blooming again, and colors once more brightening your day.

The solution to a monochrome day is to travel to the 10th arrondissement and find Passage Brady, AKA Little India. The Passage Brady runs 216 meters, from 46 Rue du Faubourg St Denis to 22-23 Boulevard de Strasbourg. This section still retains its lovely glass and wrought iron roof. From the Boulevard Strasbourg to 43, Rue du Faubourg St Martin, the arcade is open aired. (The central area, which boasted an elegant rotunda, was demolished in 1854 to make way for the opening of Boulevard de Strasbourg.) 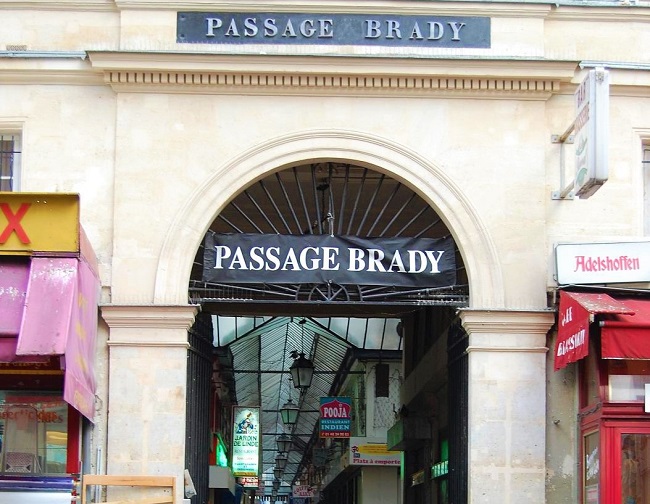 Be prepared for an assault on your both your visual and olfactory senses as you enter through the archway under the original Passage Brady sign, for here indeed is a microcosm of Asia at its most vibrant and colorful, a far cry from its roots in 1828, when a merchant, named, what else, but Brady, financed its construction. Back then, the passage was neither elegant nor trendsetting.

In a working-class neighborhood, the arcade had none of the cache of those in wealthier arrondissements, but was considered second rate, containing second-hand clothes shops, reading rooms and public baths. It was downhill all the way for the Passage Brady when by the 20th century it had all but fallen into oblivion. And therein lay its savior. Rents were low, and in the 1970s, Indian and Pakistani businessman were attracted in abundance to the Brady Passage. Little India was born.

The first businessman to rent in the Brady Passage was Antoine Ponnoussamy, an Indian from the former French colony of Pondicherry. He opened the supermarket Bazar Velan and stocked it with all things Indian. He was soon to be followed by fellow Asians who gradually took over the whole of Passage Brady and populated it with a plethora of different outlets representing their heritage and homeland.

Countless restaurants from India, Pakistan, Bangladesh and Mauritius line the narrow three and a half meter passageway, all serving their traditional dishes. Indeed, Passage Brady has the highest concentration of Indian and Pakistani restaurants in Paris. The air is pungent with the smell of spices and not only from the restaurants; spice shops with their display of bright red and yellow spices, exotic vegetables, fruits, rice and special teas, not to mention 100 types of incense and Indian music drifting through the arcade, all add to the atmosphere of having stepped from a Paris pavement into another world. 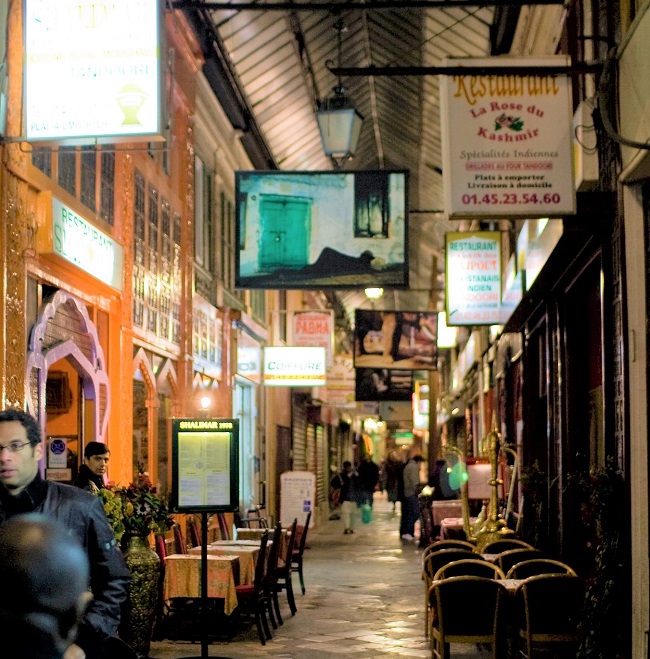 Other outlets sell carpets, jewelry, Hindu statues and incense. Tailors and hairdressers and even fancy dress shops can be found too, but my own personal favorite, the stalls outside the shops shouting ‘India’ at the top of their voices, are the fabric shops. These are the colors of the East, unabashed, unashamed, more than vibrant, brighter than even the spices… These fabrics and saris are the wildest paint palette in the world and obliterate the grey world outside.

Mr Brady may never have envisaged his arcade to be Little India one day, but maybe a tiny presentiment was already taking hold when he chose the original tiles for the mosaic floor in bright blue and yellow, still enhancing the passageway today. 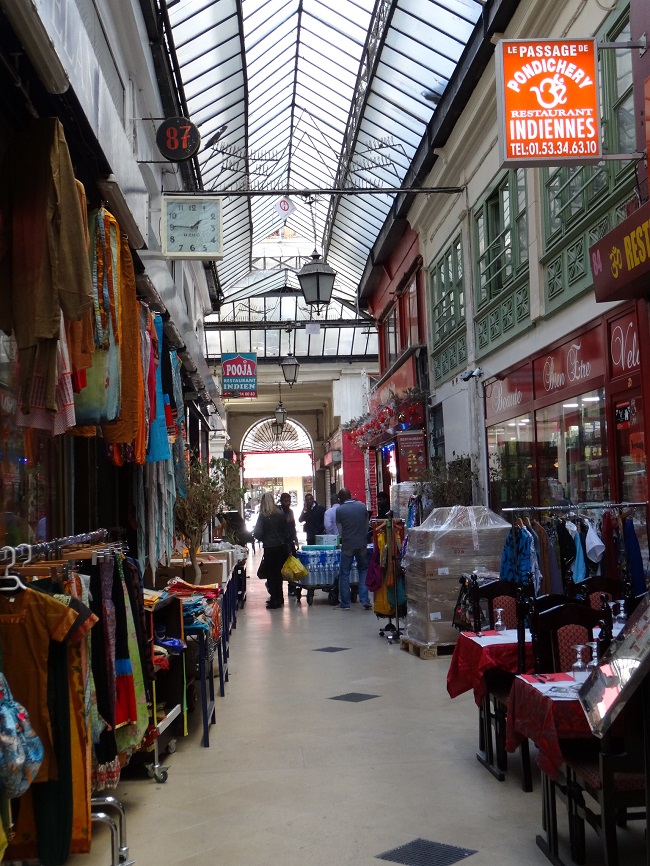