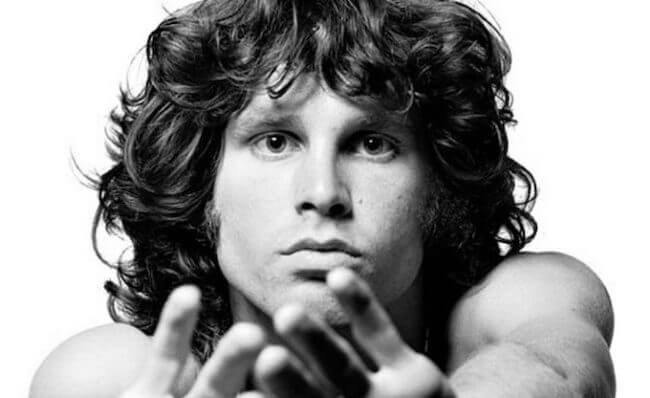 Amongst the great and the good in Père Lachaise cemetery– the poets and the artists, Molière, Delacroix, Edith Piaf and Morrison’s own great idol, Oscar Wilde– lies the grave of the legendary singer of The Doors.

Jim Morrison’s premature death in Paris still remains obscured by mystery, rumor and conspiracy theories of a cover up as to the actual cause (and even location) of his demise. The death certificate stated heart failure, but no autopsy was ever performed and it is believed that Morrison’s body, still submerged in the bathtub where his girlfriend had found him around 6am on Saturday July 3rd 1971, remained there until the undertakers finally delivered his coffin 72 hours later. 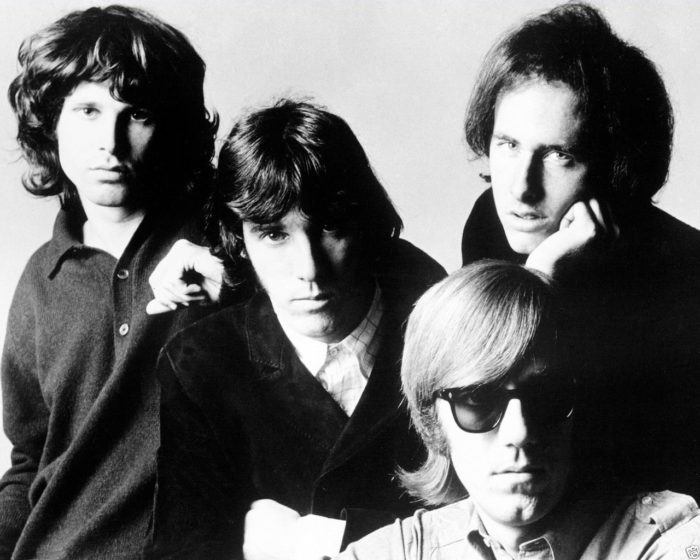 Paris was to be a chance for Morrison to escape the madness of his rock n’ roll lifestyle in the U.S., to try and get clean and shake off his drug and alcohol addiction. As with many before him, Morrison was to discover the hard way that the allures of Paris for an addictive personality would prove impossible to resist. Add to that the company of his long-time girlfriend, Pam Courson, herself a heroin addict and Morrison’s equal in unfettered behavior, and perhaps the writing was already on the wall. 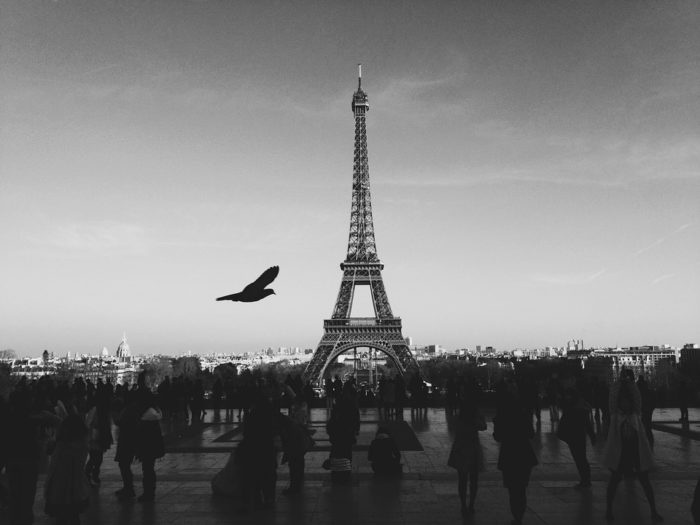 When Morrison arrived in Paris in March 1971, he was almost unrecognizable from the slender, elegant, leather clad, exotic looking singer of The Doors, beloved by millions of fans. Excessive beer drinking had bloated both his figure and his face; a long, unkempt beard and mustache completed the metamorphosis. He was burned out, his alcohol problems had blunted his creative song writing, and his participation as lead singer of the The Doors was erratic at best. He was also stressed. A 40-day trial (after being charged with exposing himself on stage in Miami) was still awaiting a verdict and a possible six-month prison sentence was hanging over his head.

Paris must have seemed a dream. 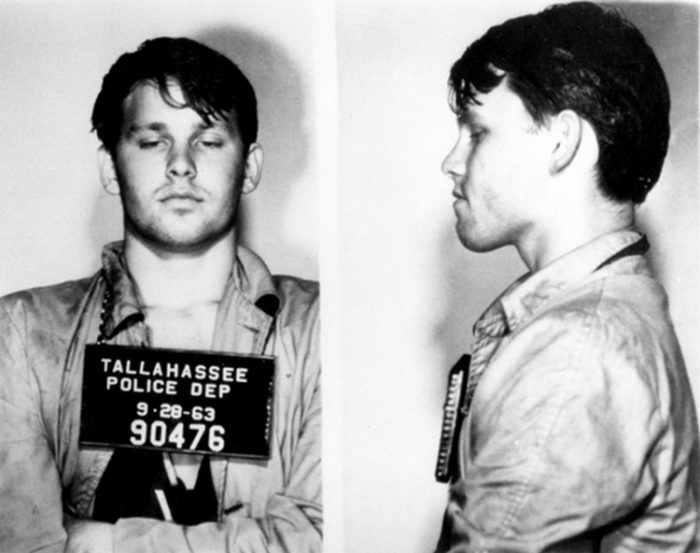 Morrison had been arrested before in Tallahassee, Florida, 1963. Credit: Public Domain

Morrison was born in Florida in 1943. His father was a Rear Admiral in the U.S. Navy and his strict upbringing almost inevitably resulted in his rebellious, and anti-establishment, behavior so prevalent in the hippy, anti-Vietnam era of the 1960s. By then he had moved to California to study cinema at UCLA and by 1965, his diploma completed, a new career with The Doors had begun.

Always a voracious reader, Morrison had devoured the works of William Burroughs, Jack Kerouac, Ginsberg, Kafka, Camus, Sartre and of course Oscar Wilde. He was a poet whose natural talent enhanced the lyrics of some of The Doors’ greatest hits; Light my Fire, Riders of the Storm and People are Strange, to name but a few. The combination of his raw sex appeal, good looks and being lead singer of such a successful rock band, thrust Morrison into the never-ending lime light of adoring fans and crazy fame. A shy, gentle artistic man when sober, Morrison was a Jekyll and Hyde when drunk: unpredictable, fiery tempered and prone to excessive and wild behavior.

It was a roundabout he hoped to get off when Pam Courson invited him to Paris.

Pam Courson had been Morrison’s long-term girlfriend since 1965, and although neither of them had ever been faithful, Ray Manzarek, The Doors’ keyboard player, said of Courson that he “never knew another person who could so complement his bizarreness.” Courson was “his other half.” The two halves, however, made for a potent and dangerously unsafe duo.

Courson had been staying with Jean de Breteuil, an aristocratic drug dealer who moved between London, where he was an intimate of Keith Richard and Anita Pallenberg, and Paris, where his drug dealing continued and he doubtless was the main supplier of Courson’s heroin. Already Morrison was moving into a toxic and unhealthy environment, far removed from any hope of a healthy respite and a recovery from opiates. 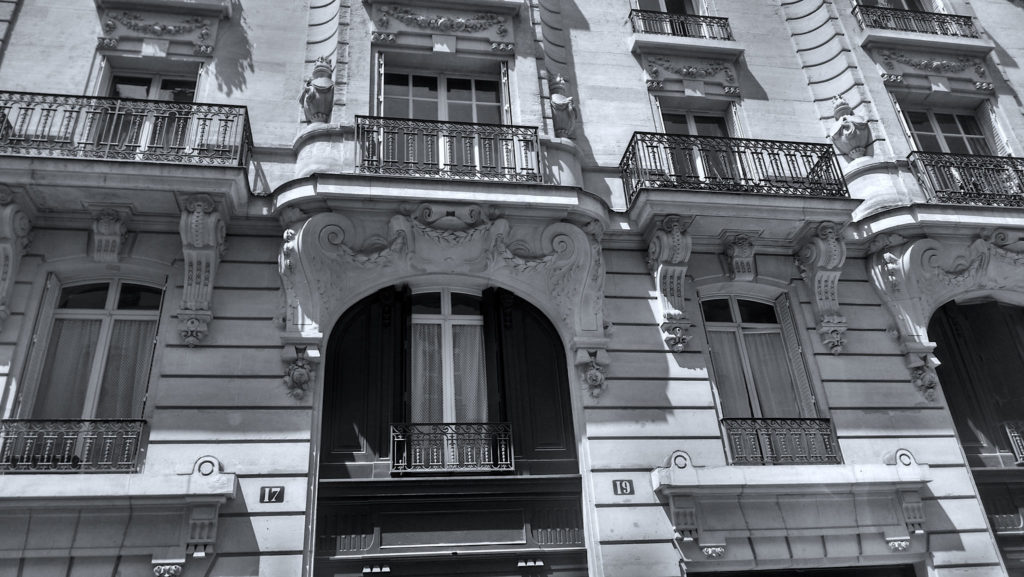 At first, the couple stayed at the Georges V before moving on to the eponymous L’Hotel where Oscar Wilde had died, and then to a rented apartment at 17, Rue Beautreillis between St Paul in the Marais and the Bastille.

There is no doubt that Morrison loved and appreciated Paris for its literary and artistic cultural heritage; he was living in the city of his literary idols, so Père Lachaise and Oscar Wilde’s grave was one of his first ports of call.

He often sat in Place des Vosges near his apartment and wrote; otherwise he discovered Paris as any other tourist would, walking to the Ile Saint Louis, perusing the books in Shakespeare and Company and wandering around Saint-Germain-des-Prés drinking in the Café de Flore and Les Deux Magots. 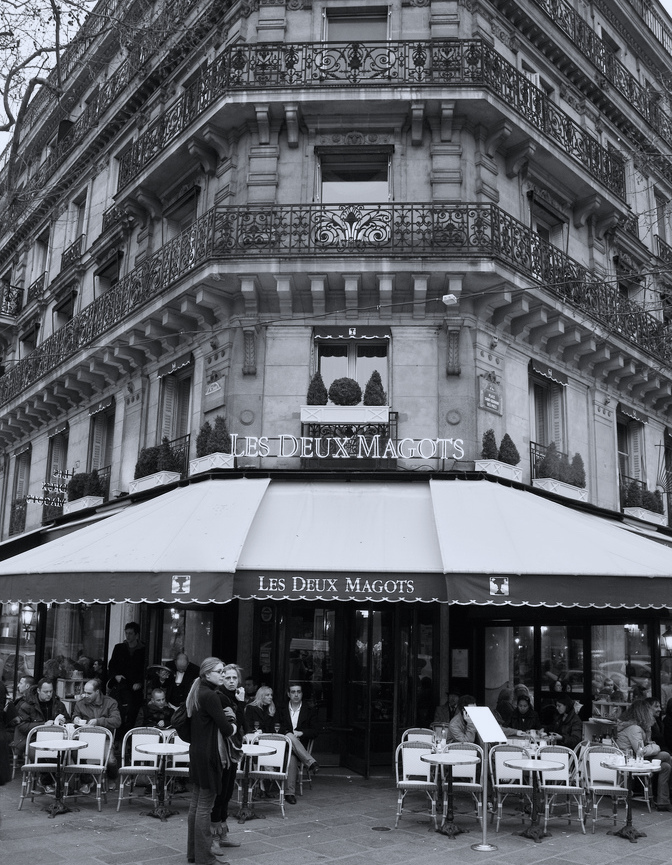 But as in any city, Paris had a darker side. The 1970s had heralded in a new era of heroin use and clubs on the Left Bank, such as the Rock n’Roll Circus, first opened in 1969, and the Alcazar soon became nighttime haunts of Morrison.

The last night of Jim Morrison in Paris, according to Pam Courson, was marked by its normality, its uneventfulness: dinner at a Chinese restaurant and later a film (Robert Mitchum in Pursued at the Action Lafayette), before they returned to the Rue Beautreillis and went to bed. Then according to Courson’s police report, she was awakened by Morrison’s labored breathing, but he told her he was going to take a bath. She found him there, dead at dawn. A doctor was called sometime in the next 72 hours who pronounced that Morrison had died of heart failure. His body was removed from the apartment and under the guise of Morrison being described as a poet (and not a rock star with a sometimes scandalous past) permission was given to bury him in Père Lachaise cemetery.

That was the official, accepted version but discrepancies and anomalies soon became apparent and the rumor mill began in earnest.

Courson had at first denied Morrison had died. Journalists, who had heard rumors of his death, were told he was in hospital; The Doors’ manager was also told Morrison was fine before Courson admitted the truth. No coherent explanation was given for Morrison being left in the bathtub where he had died (reputedly wrapped in plastic and packed in ice) for three days before the undertakers took his body away. 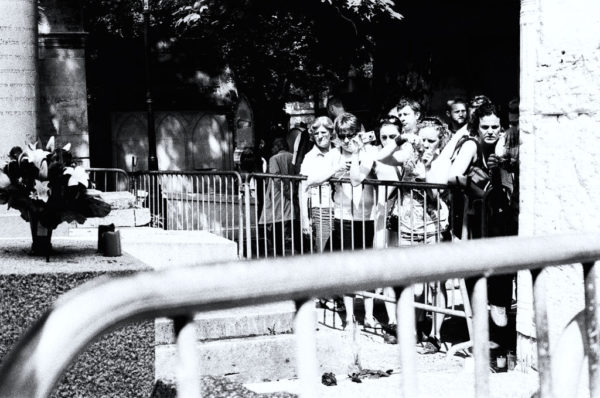 But then several years ago, another version of Jim Morrison’s last hours held a peculiar resonance of credibility for many people. The former manager of the Rock n’ Roll Circus, Sam Bennett, claimed that Morrison had died in a toilet stall of a heroin overdose in the club and his body had been removed and taken to Courson and Morrison’s flat to avoid a scandal. Marianne Faithfull later claimed that the overdose was given to Morrison by her then boyfriend, Jean de Breuteil. Others claimed that Morrison hated needles and did not do heroin and question the reason for a closed coffin and the quick and quiet funeral. Doubtless, the truth will never be known, the mystery will remain and the facts will be impossible to verify. A few months after Morrison’s death, Jean de Breteuil died of an overdose and in 1974, back in America, Pam Courson suffered the same fate.

Back at Père Lachaise, Morrison’s grave, at first barely marked, soon became the most visited grave in the cemetery. In 1981, a headstone was crafted by the Croatian artist Mladen Mikulos. (The bust was stolen in 1988.) In 1990, Morrison’s grave was renovated and a new curb and headstone installed. Mikulos’s headstone was destroyed. 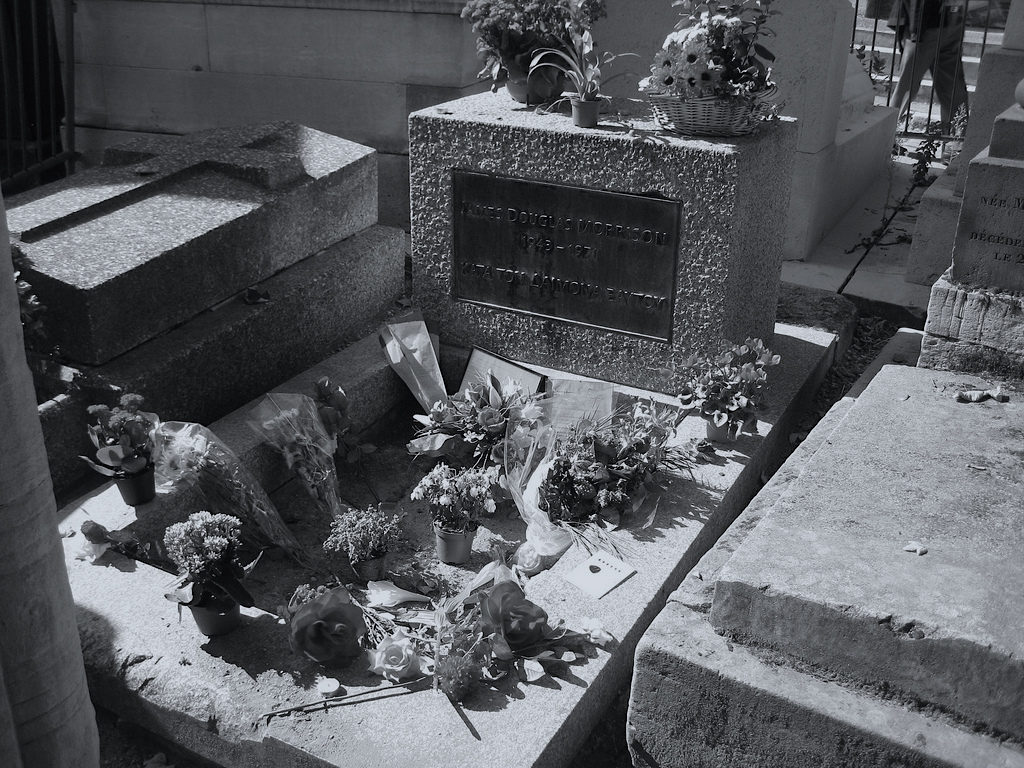 Finally in 2004, complaints regarding the destructive behavior of some of Morrison’s fans– who were not only trampling on neighboring graves, but actually defacing them with graffiti and slogans– came to a head. The surrounding area was often littered with beer cans especially on the anniversaries of his death without any thought for the graves of the dead Morrison himself had so respected and wanted to be buried alongside.

Cemetery officials erected metal barricades around the site. The last flat stone laid on the grave was organized by Morrison’s father in 1990 and has a Greek inscription. The translation is open to interpretation but usually accepted as meaning, “or true to his own spirit.”