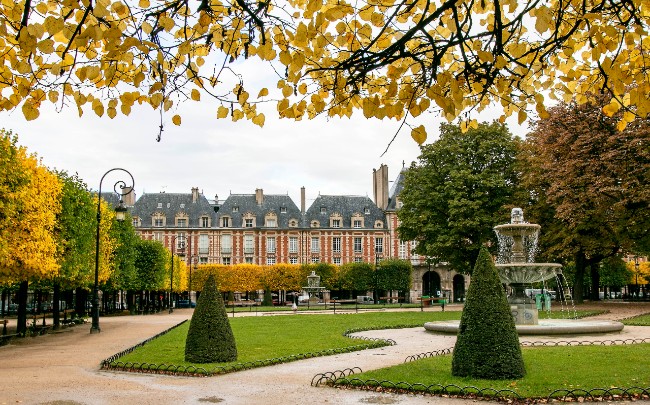 One of the most quiet and romantic walks in Paris, a stroll around Place des Vosges is steeped in history and nostalgia. Once a glorious, regal square embodying the bold dreams of a great king, it had its ups and downs through the ages. These days it is an oasis of calm that seems miles away from the bustling city. 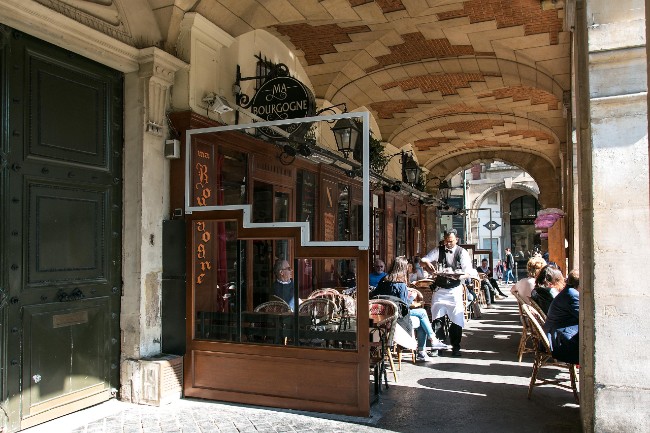 Its history goes back all the way to 1604, when visionary King Henry IV, arguably the country’s greatest monarch, commissioned the building of the Royal Pavilion. His intention was to stimulate France’s commerce, in particular the manufacturing of silk and linens, so it could compete with the craftsmen and artisans of Milan. In his vision, workers would live on the upper floors, produce their goods in factories situated on the middle floors, and sell them in stores located at ground level. Unfortunately, King Henri IV never got to see the completion of his project. He died at the hands of an assassin in 1610. His son, King Louis XIII, then 11 years old, attended the inauguration of Place Royale in 1612. 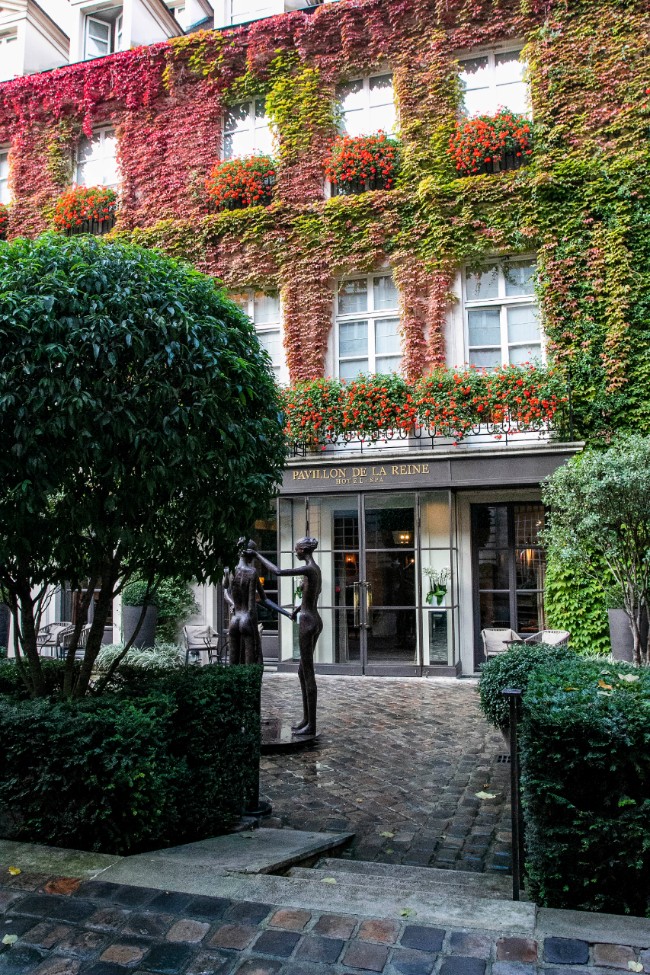 The Royal Pavilion was built in place of what was once Hotel de Tournelle – a grand palace built in 1388 and used by the Royal Family. King Henry II died there after having been severely wounded during a tournament. Queen Catherine de Medici, his spouse, had the building demolished after his death and moved the Royal Family to the Louvre. 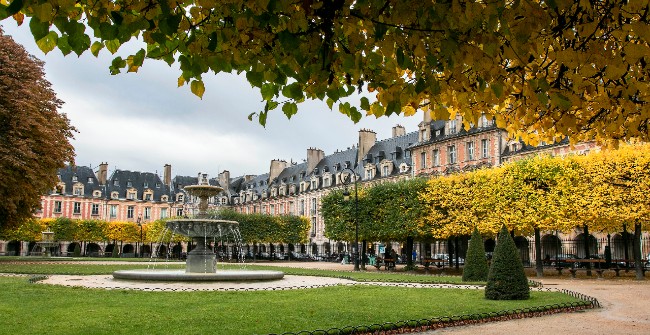 The initial name of the square was Place Royale. The only royal who lived there was future Queen of France Anna of Austria, although for a very short time. In 1793, the first revolutionary government changed its name to Place des Vosges, as a tribute to the Vosges department – the first one to pay taxes to the young republic. 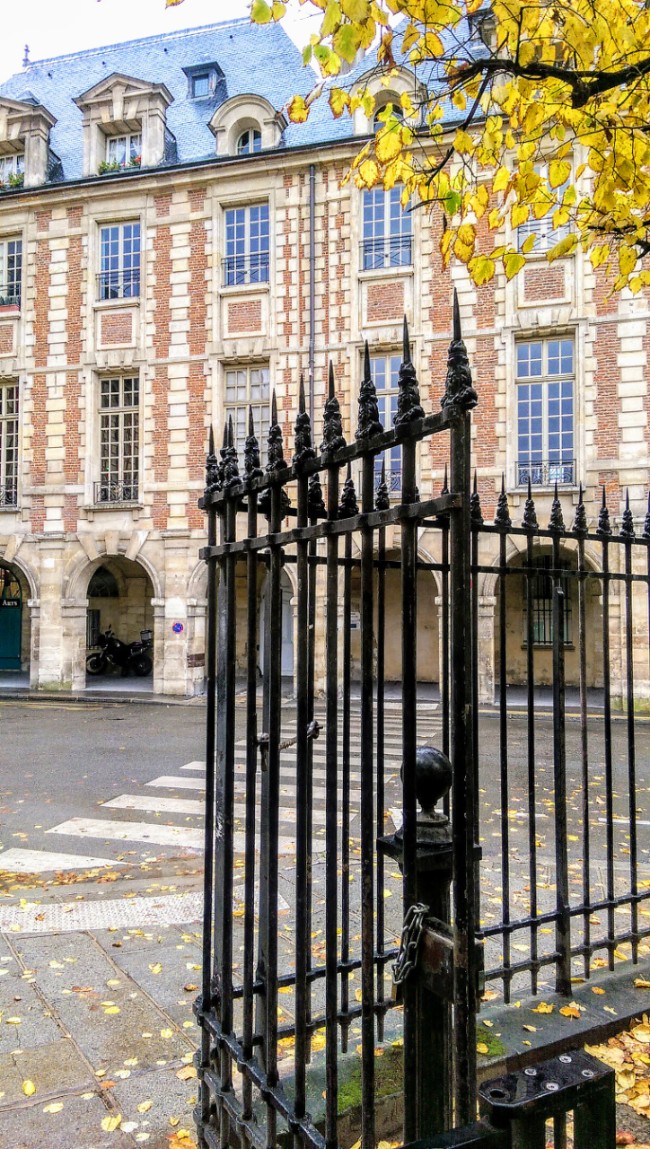 One of the most famous residents of Place des Vosges was Victor Hugo, the famous author of Les Misérables and The Hunchback of Notre-Dame. Back then, the building was known as Hôtel de Rohan. 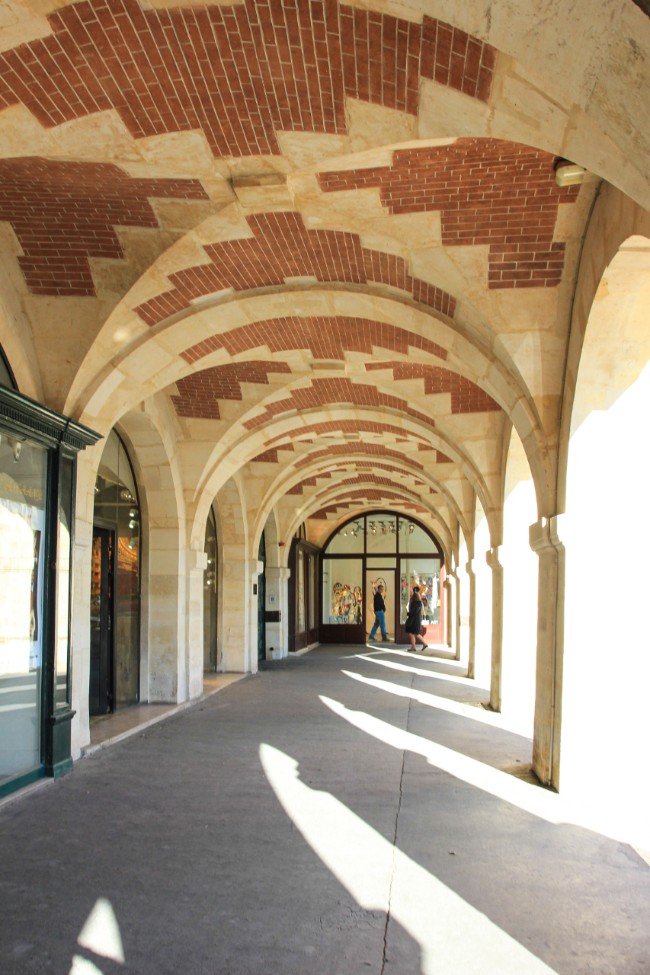 The Place des Vosges is a perfectly symmetrical group of buildings with only two exceptions: the King’s Pavilion and the Queen’s Pavilion – now occupied by a luxury boutique hotel, Pavillon de la Reine.

The statue of Louis XIII that occupies the center of the square is not the original one. In 1619 Cardinal Richelieu had erected the statue but it was melted down during the French Revolution. The new copy is dated 1825 and it is still standing today. 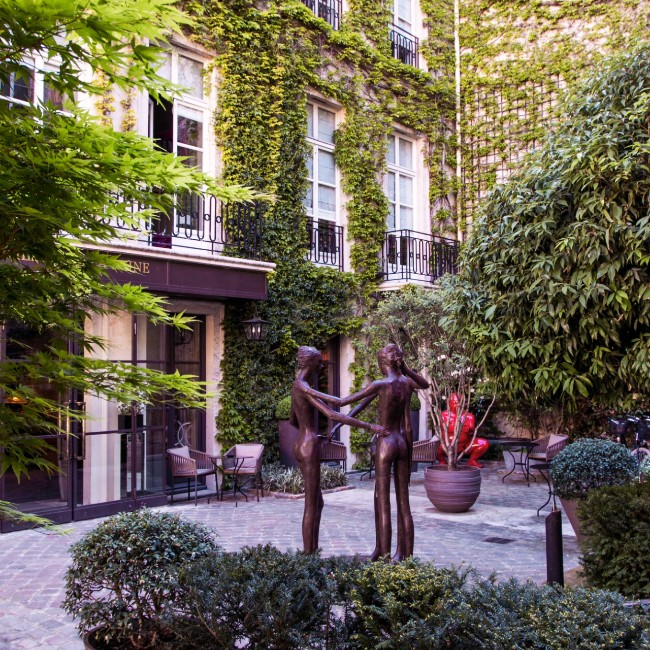 Cardinal Richelieu himself lived in the Place des Vosges, and so did Madame de Sévigné, Alphonse Daudet, and Téophile Gautier.

To this day, we do not know the name of the architect(s) responsible for this stunning Parisian landmark, possibly because the intention was for them to remain anonymous, all glory being attributed to King Henri IV. 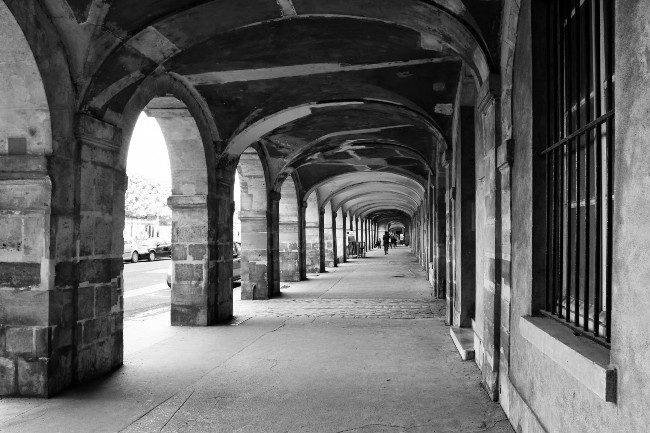 The Place Des Vosges is said to be home to Paris’ oldest graffiti, dated 1764. Its author was writer Nicolas Restif de la Bretonne.

In the 1920s, architect Le Corbusier submitted a plan (named Plan Voisin) to demolish most of the Marais, including the area surrounding Place des Vosges, and replace it with a futuristic business district, with spacious parks and “widely-spaced crystal towers”. Thankfully, the plan was received poorly by his contemporaries and it was never considered. The Place des Vosges remains intact since its construction. 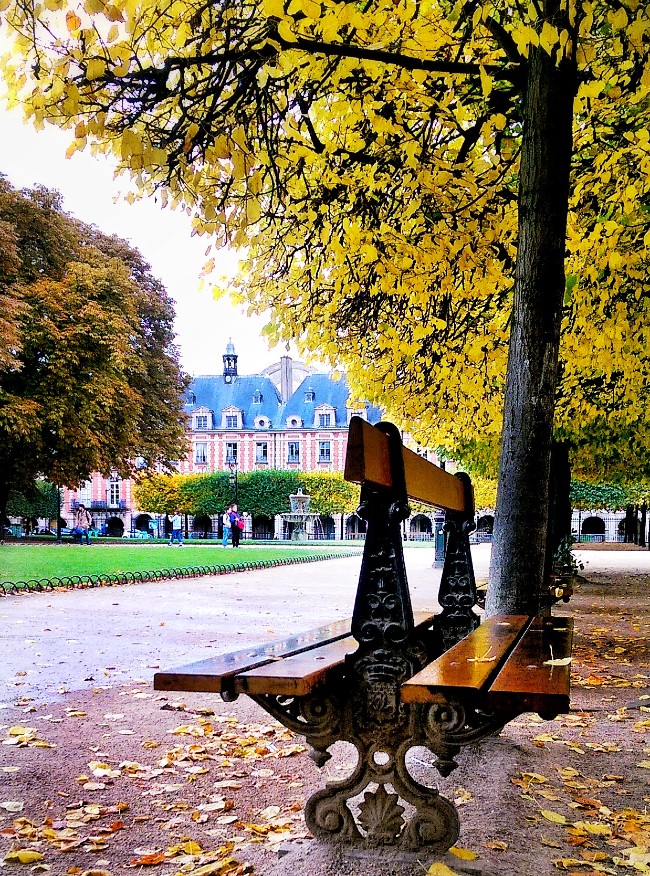 Previous Article Epiphany Cakes in Paris: The Best Galettes des Rois 2020
Next Article Degas at the Opera in Paris and Washington D.C.