In 1890 the former coal depot became a famous bistro, serving authentic Lyonnais specialities. Fast forward to 2002 when Alain Ducasse acquired the space (near the Bourse and the Opera Comique), having fallen in love with its history. As a 16-year-old apprentice, Ducasse remembers time spent in Mionnay, near Lyon, at Alain Chapel’s eponymous restaurant, calling him “my spiritual Father”.

To celebrate 130 years, Aux Lyonnais’ head chef Yann Mastantuono invited three chefs (from Les Collectionneurs – the group of interesting restaurants, hotel and travel ideas) to showcase dishes that will feature on the menu this year. 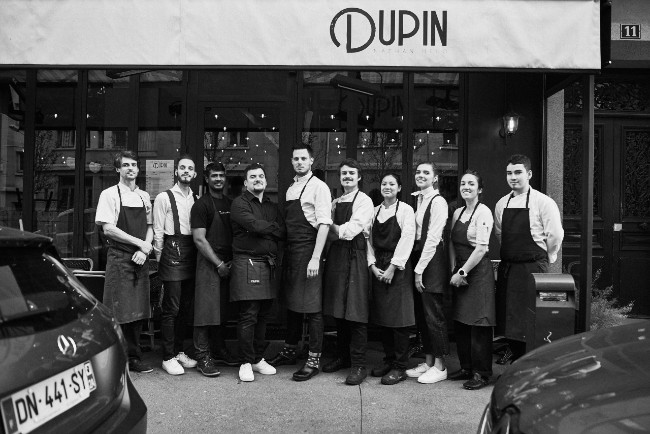 The team at Dupin

In 1995, L’Epi Dupin – situated on a side street opposite La Grande Epicérie – was the concept of chef François Pasteau. He sent out incredible food from his postage stamp kitchen; L’Epi was the talk of the town, with mission statement eco-responsibility and seasonality.

Recently Pasteau decided to take his foot off the peddle (“not entirely, you can still find me at L’Epi Malin, serving organic fast food,” he told us). 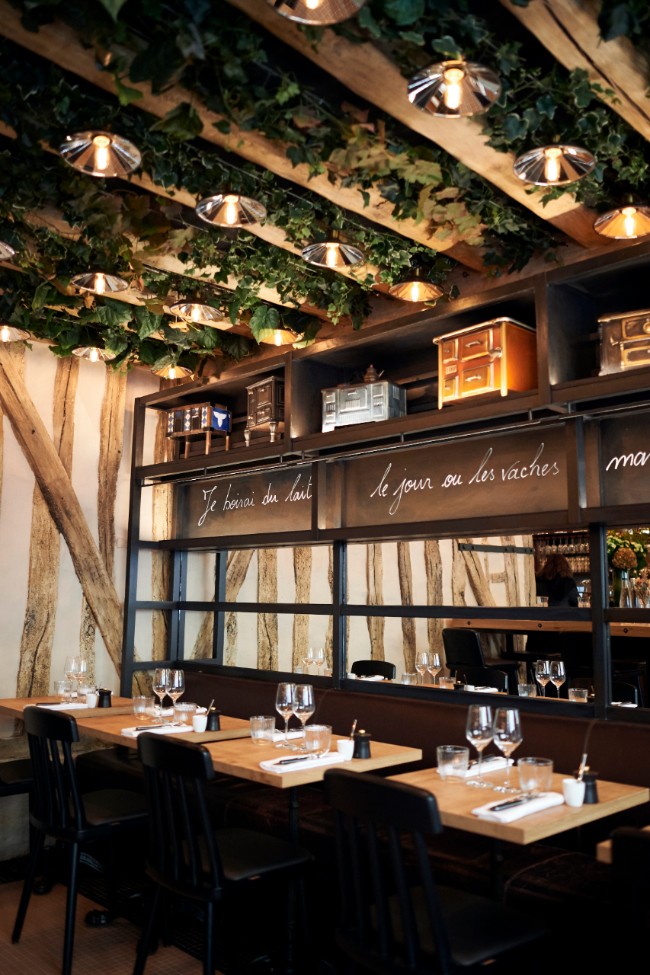 I have a problem with Helo’s menu! I need to taste everything! Helo chooses his veg then decides which fish or meat to marry them to. My kind of chef. Always a place for vegetables, locavore where possible, as in multi-colored beets, physalis, mackerel and warm Ten Belles bread for mopping. 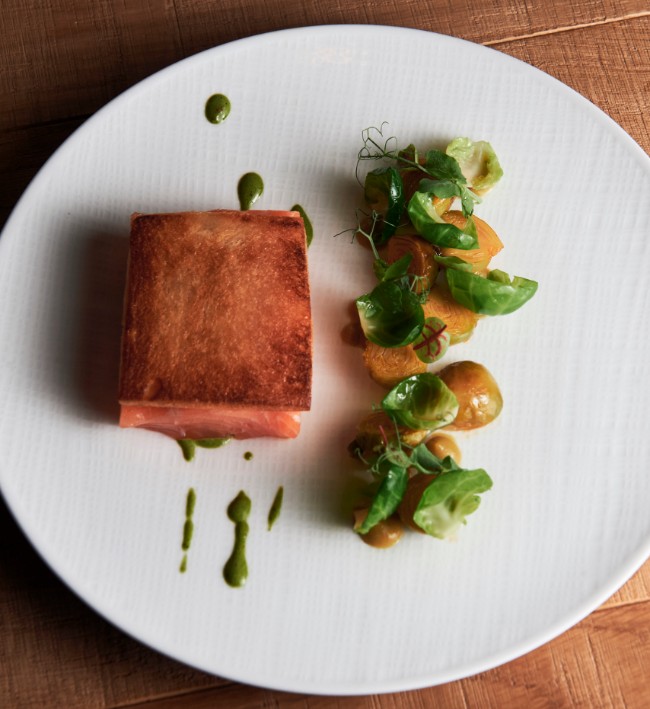 In Hebrew, Shabour means “broken” as in we’re (gently) breaking the codes. “And the first thing we broke was this place which dates from the 17th century and which, together with Maxime and Rodolphe of Cent15 Architecture, we’ve revised and corrected – making Shabour an invisible bridge between Israel and France, Jerusalem and Paris.”

Around the giant marble bar, share not only with your +1 but also the entire central kitchen – make NBFs in a festive setting. 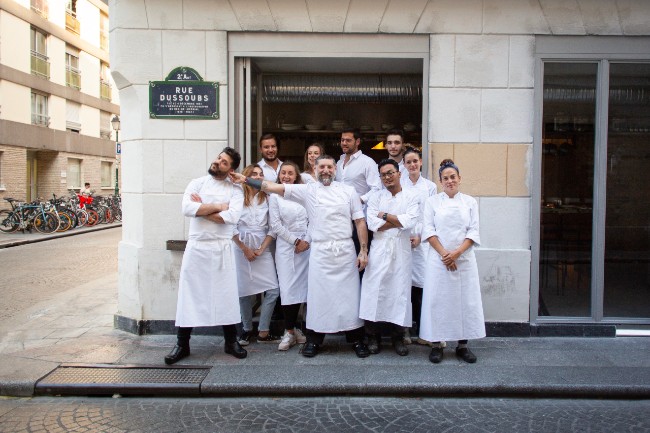 And then luscious ladles of chocolate mousse, blitzed with fleur de sel and olive oil: cheese cake, compôtes, everything changes daily and is made “in our fashion with love – chez nous becomes chez vous!” Wash down with Canadian Ice Cider (€12 glass). Shalom! 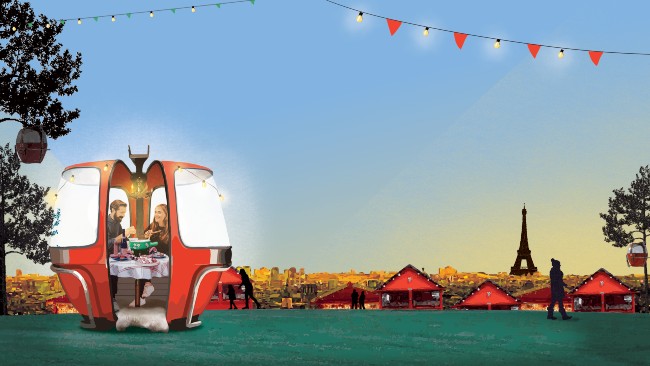 Feeling a little jaded? Here’s a breath of post holiday fresh air on a hill overlooking le tout Paris. On Fecheray Terrace, in Suresnes, there’s a pop-up “ski resort” with 360 degree views of the city, and a Courchevel attitude. Just the ticket.

With a strutting “frosty the snowman” atmosphere, Mourchevel’s concept rolls out a typical family ski resort altitude restaurant. The ambiance is ensure with a decor of “vintage” wood, skins and furs. Grown-ups sip mulled wine, while kids grill marshmallows on the barbecue as well as tasting waffles, fondue savoyard, crepes and hot chocolate. 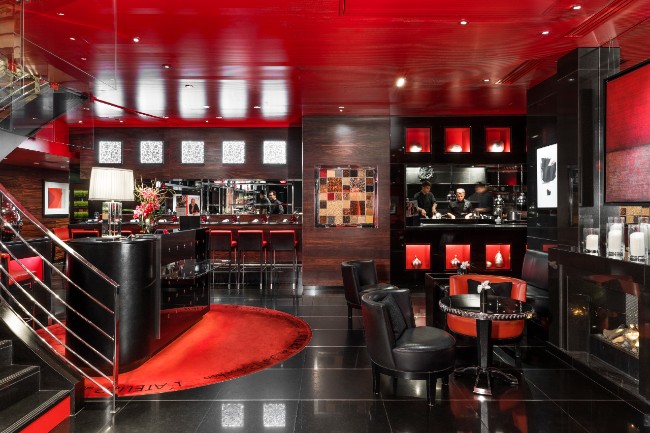 The late great superchef Joël Robuchon left a unique gastronomic heritage, cuisine based on quality, seasonality and respect for the product. Today there’s Robuchon Ateliers and Wine Bars worldwide. In Paris, L’Atelier Etoile is headed by chef Éric Bouchenoire (MOF). With Robuchon since 1985, he continues to send out the classic favorites. Le “Signature Menu” includes the delicate emblematic dishes and creations that have influenced so many chefs. Sologne caviar gelée, cream of cauliflower; Avocado, crab; Le Black Cod etc. 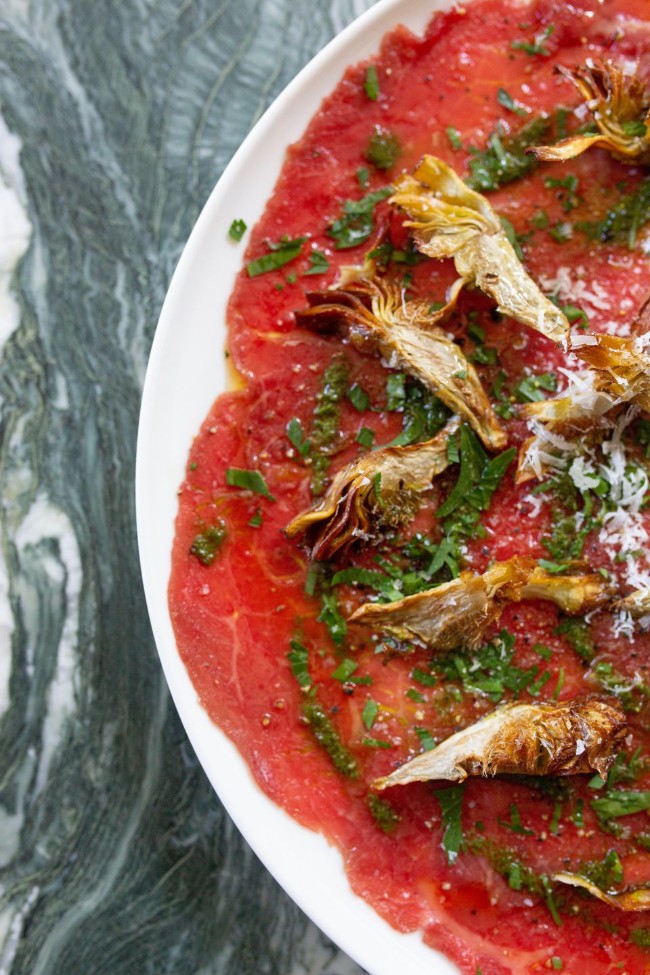 I heard it on the grapevine

Daroco 16: The three musketeers Alexandre Giesbert, Julien Ross and Romain Glize, who transformed Le Zebra into a brasserie chic, have given it a makeover. Discover “Daroco 16,” pure Italiano for pizzas, pasta, risotto and lots of fun. 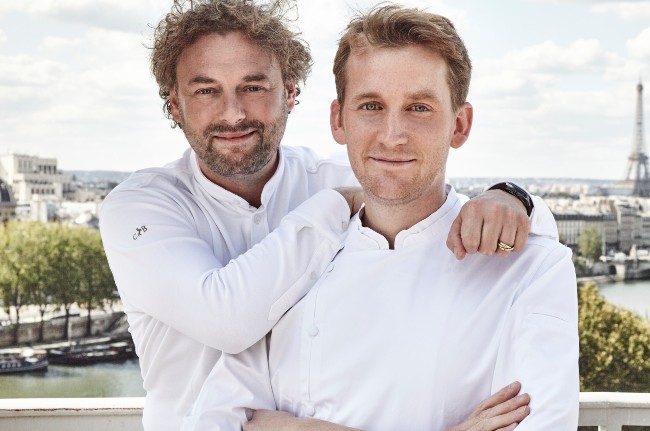