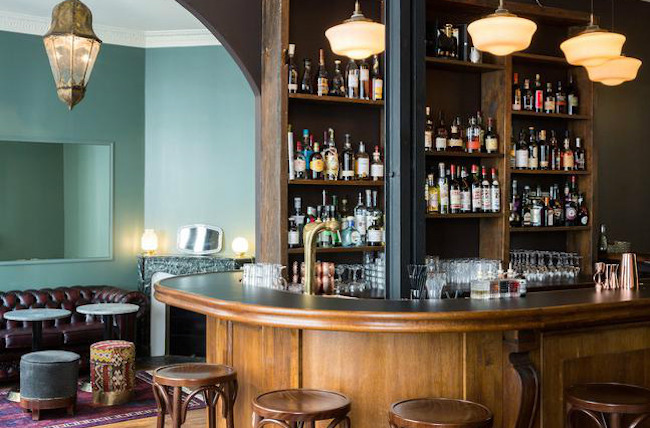 This Parisian institution dating back to 1905 originated as a wine bar specializing in wines from the Pyrénées. It was first brought to life by a Catalan engineer whose claim to fame was inventing a device that prevented wine from oxidizing. Centrally situated in the Marais district, and just a few doors away from artist Paul Cézanne’s studio and the home of Charles Baudelaire, Vins des Pyrénées was a regular haunt for Jim Morrison, another notorious neighbor. 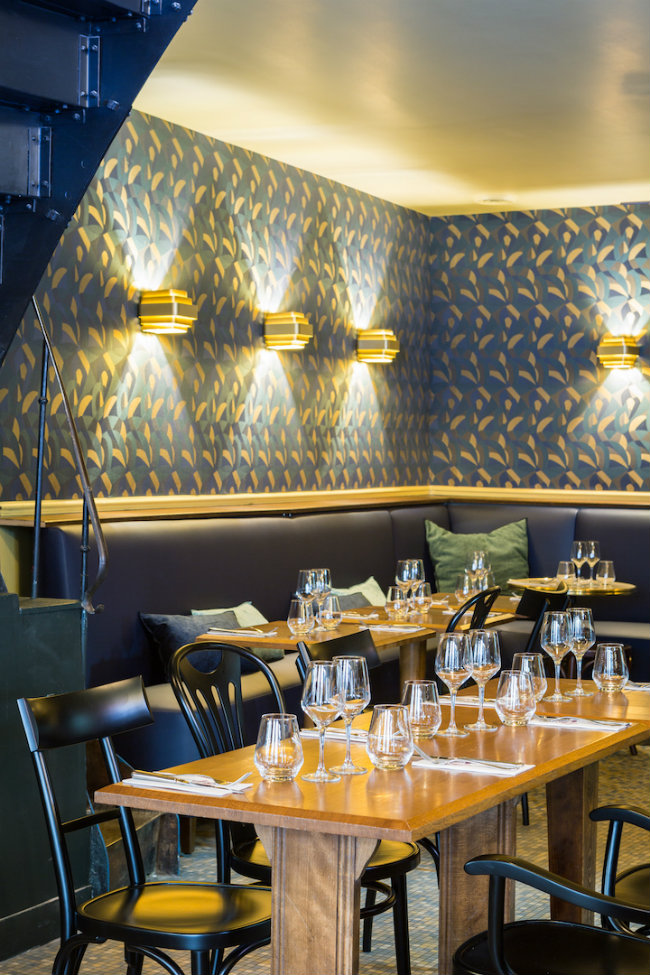 While the sleek interior pays homage to decades past, featuring a wooden bar and banquet seating, it’s the revitalized menu that takes the diner on a journey reminiscent of the golden era of Parisian bistros combined with present day gastronomic appeal. Devised by chef Jimmy Reffet, the cuisine is a take on classic French comfort food, with dishes including foie gras, roast lamb croquettes, and marinated leeks with crushed hazelnuts– just to start. Classic mains with a modern twist include croque-monsieur with truffled gouda and stuffed calamari, the latter of which was cooked to perfection. Dessert at Vins des Pyrénées is not to be missed, with crème brûlée and lemon meringue tart among the French signatures. 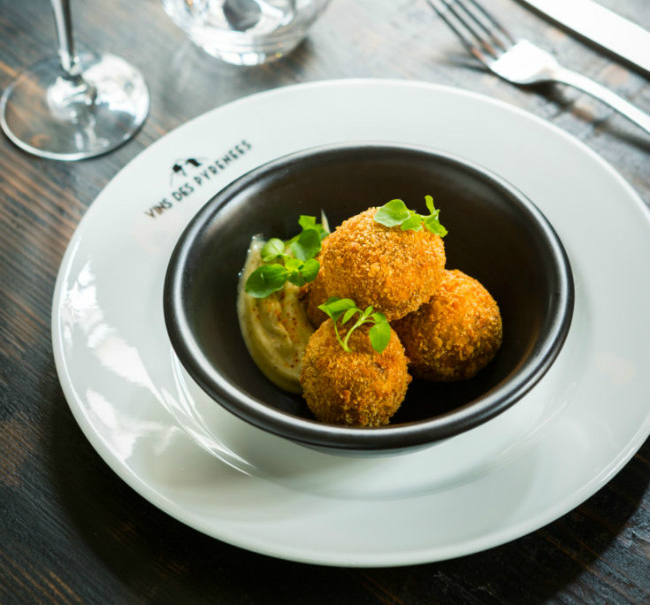 Following a menu paired with French wines (no longer limited to the Pyrénées), indulge in a creative libation at the discreet speakeasy, just up the stairs from the restaurant. Bar Le 1905 with its pre-war ambiance made up of dark hues, cozy leather couches, and an inviting wooden bar, even includes a heated terrace. Bartender Adele Fardeau, (ex-Mandarin Oriental) concocts a menu of eight cocktails, including the Zelda – vodka, Chambord, cranberry juice, homemade hibiscus syrup, lime, ginger beer and egg white. How’s that for a nightcap?

Since its resurrection, Vins des Pyrénées has once again become a celebrated neighborhood haunt, attracting a new breed of writers, artists and musicians of the quartier. 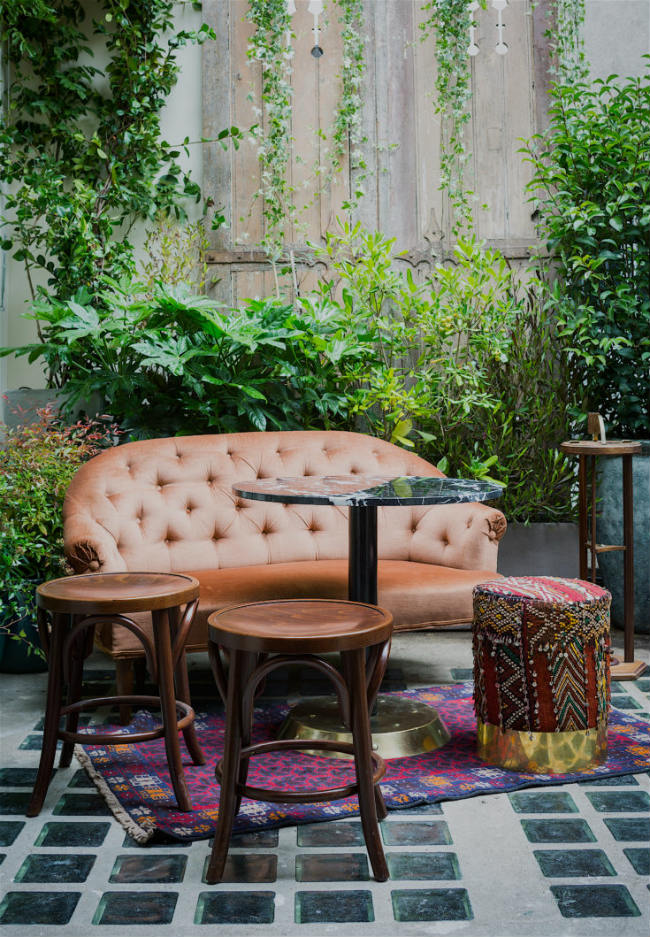 6 of the Best Cabaret Shows in Paris