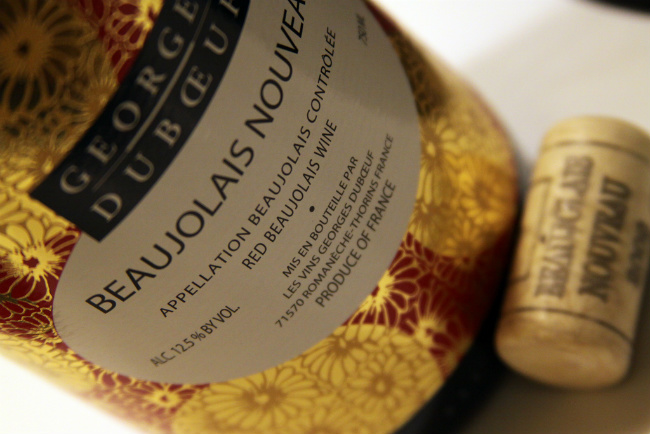 Every year, on the third Thursday of each November, a chorus rings out in wine bars and cavistes around the world: Le Beaujolais Nouveau est arrivé! It’s Beaujolais Nouveau Day! Quickly fermented and shipped around the world, this vin primeur is freshly pressed wine—just a mere weeks ago this wine was still hanging on the vine in grape form, as the term primeur refers to a wine that is sold in the same year as it has been harvested. Beaujolais Nouveau is released on the market to much fanfare and celebration. If you’re in Paris, raise a glass at bar-guingettes like Rosa Bonheur (in the Parc des Buttes Chaumont or on the Seine at 37 quai d’Orsay, 75007) or numerous wine shops/cavistes like La Cave des Papilles on the rue Daguerre in the 14th. 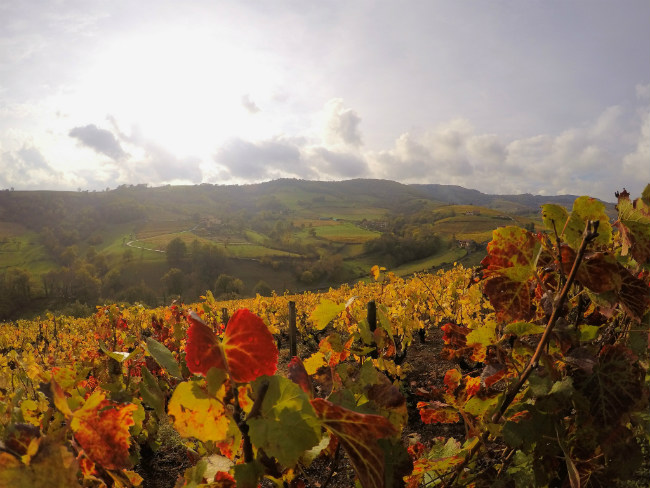 Beaujolais Nouveau is characteristically light, fresh and fruity, and inexpensive. You’re not expected to take it too seriously, which makes it a particularly friendly wine. If you’re feeling festive at home, buy a few bottles from different vignobles, set out some cochonailles on a board (cured hams, rosette de Lyon, etc), a sliced baguette and voilá! …you have a party. For something more elaborate you can prepare a Burgundy-inspired menu following the gastronomic tenet that what grows together goes together, for example oeufs en meurette or coq au vin, and you could include some Époisses on the cheese platter.

Beaujolais is a French Appellation d’Origine Contrôlée (AOC), belonging to the Burgundy wine region. Its production is located north of Lyon, joining the southern tip of Burgundy and the northern Rhône-Alpes. It’s a red varietal wine which means that it is made out of one kind of grape (Gamay). It is a new wine, bottled just over two months after the harvest so it is low in tannins and fruity. There are different opinions as to how long you should keep it but the rule of thumb seems to be six months. Best served “frais” at 11-13 degrees. 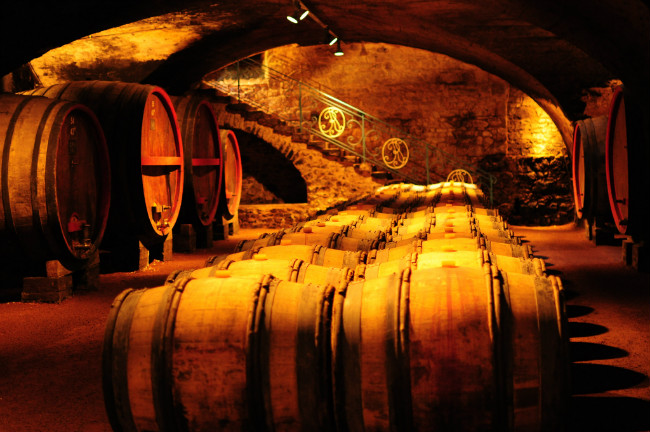 As explained by France Today magazine, “some wine lovers dismiss the hoopla as a marketing gimmick: it’s cheap wine, bottled just after fermentation, with absolutely no possibility of aging.” And in some ways, Beaujolais has become a victim of its own success—because while Beaujolais Nouveau is intended for immediate drinking, the Beaujolais vineyards actually produce 10 crus, including Brouilly and Morgon, which have a much longer ageing potential (7-10 years).

So whether you’re sipping the vin primeur, or cherishing a glass of one of the fine Beaujolais crus, today is a day to stop by a wine bar and raise a glass with other francophiles. Santé! 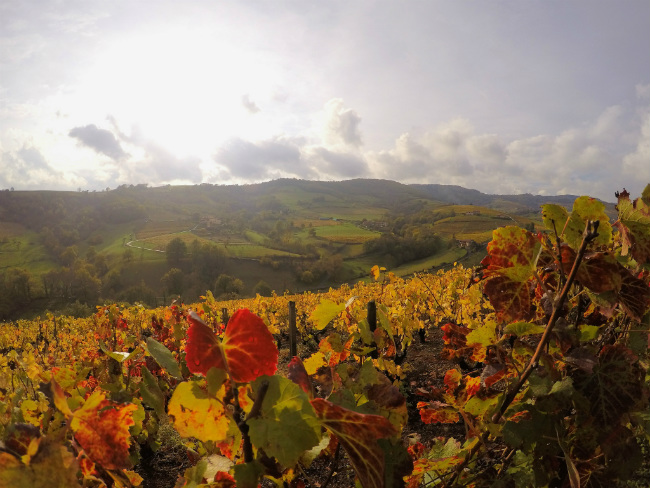 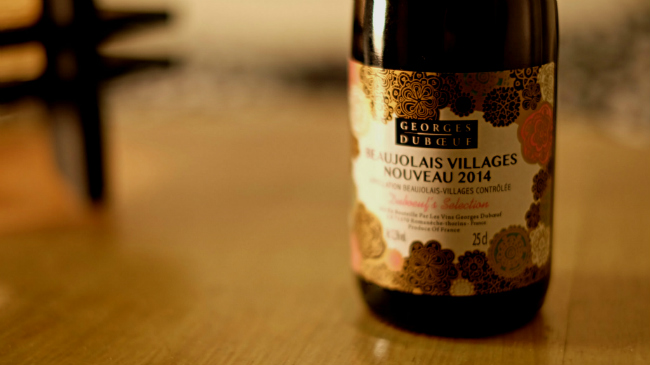 Adapted from an article in sister publication, France Today magazine

Previous Article Here and There: Une Petite Histoire of Place Pigalle in Paris… and Seattle
Next Article Paris Moments: Photo of the Month, View from Montmartre