Take the Cheese: A Guide to Bringing French Fromage Across U.S. Borders 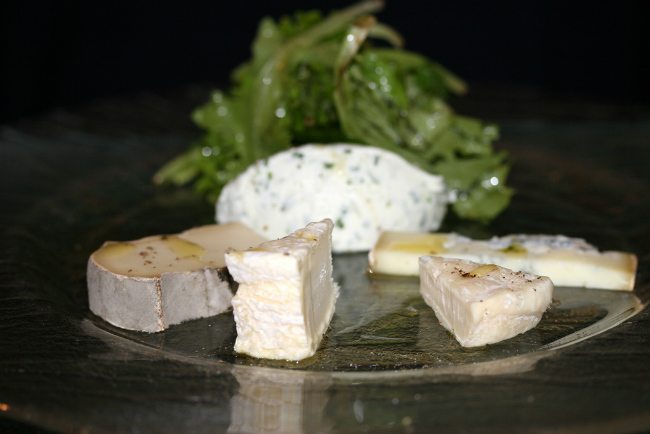 Charles de Gaulle famously said: “How can anyone govern a nation that has two hundred and forty-six different kinds of cheese?”

That renowned variety of pungent, gooey, hard, and delectable cheeses is one of many reasons the world loves la cuisine française. The French are known for honoring craft and quality over expediency, which results in some of the finest art, wine, literature, bread, (and more!), that the world has to offer.

Turophiles (or, cheese lovers) are drawn to French cheeses like Kanye West is drawn to hyperbolic statements. But unfortunately, U.S. border restrictions can make it tough for the transport of delicious French fromage from their origin country to yours. 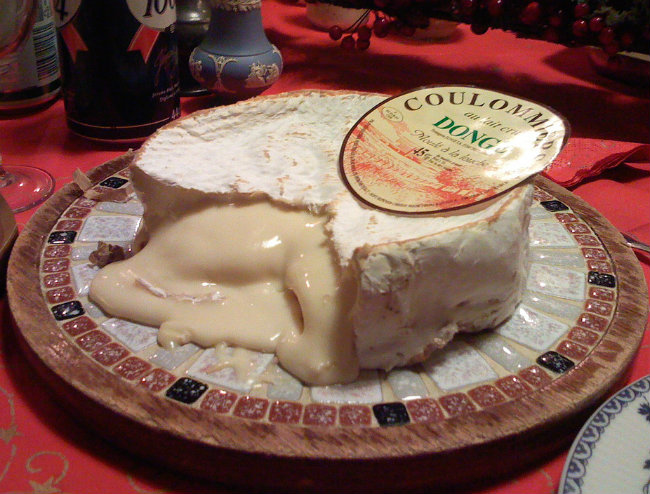 This frustrating conundrum is humorously shown in the Julie Delpy film, 2 Days in New York (the follow-up to her 2 Days in Paris film). There is a brilliant scene in which Delpy’s father (played by her real life dad, Albert Delpy) is apprehended by the border agents when entering New York City, and he must hand over all the sausages and cheeses he packed with him for the journey.

Many American cities (especially New York City) offer their fair share of French cheeses at grocery stores (both speciality stores and the average grocery store). Cheese from the brands Boursin and Président are widely found throughout the U.S. And Whole Foods offers a wide selection of good French cheeses. 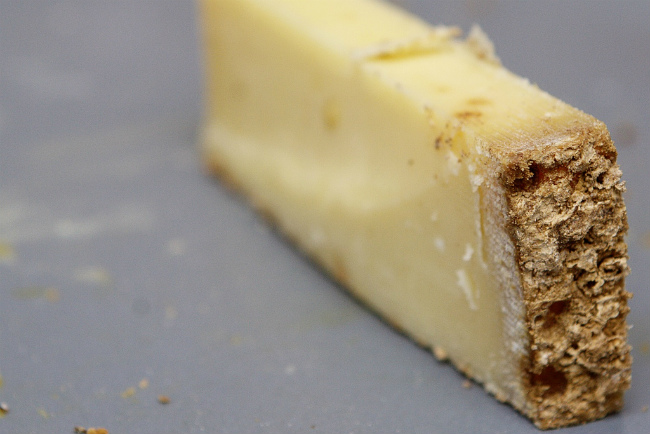 But for those of us who can not bear the thought of leaving a Parisian voyage without a little authentic Comté or Roquefort – tucked between a pair of socks and binoculars – to pair with a grocery store baguette in Minneapolis or Cleveland or Saint Louis, a little research is in order.

The U.S. Customs and Border Protection’s website offers a wealth of information regarding entering the United States with food in your luggage for personal use (re-sale is another story).

The most important thing of note is: “You must declare all food products. Failure to declare food products can result in up to $10,000 in fines and penalties.”

These regulations are in place “to protect community health, preserve the environment and prevent the introduction of devastating diseases to domestic plants and animals.” 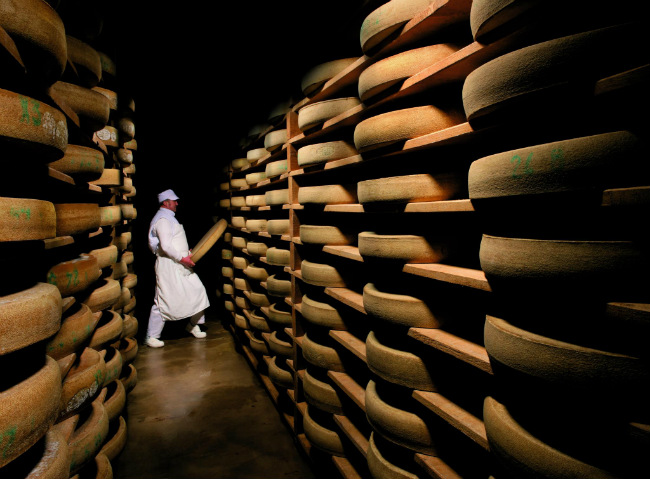 wheels of Comté cheese aging in a cave, courtesy of Comté AOP

Many consumable products are perfectly acceptable and do not require research (or stress). These include: condiments and sauces (that do not contain meat products), oils, candy, chocolate, crackers, granola bars, cereal, canned goods, dried fruits, juices, teas (only those that are commercially packaged), coffee, most spices, noodles, rice, and ramen.

Now with cheese, it gets a bit complicated (to the chagrin of turophiles everywhere).

“Solid cheese (hard or semi-soft, that does not contain meat); butter, butter oil, and cultured milk products such as yogurt and sour cream are not restricted. Feta cheese, Brie, Camembert, cheese in brine, Mozzarella and Buffalo Mozzarella are permissible (USDA Animal Product Manual, Table 3-14-6). Cheese in liquid (such as cottage cheese or ricotta cheese) and cheese that pours like heavy cream are not admissible from countries affected by foot-and-mouth disease (FMD). Cheese containing meat is not admissible depending on the country of origin.” 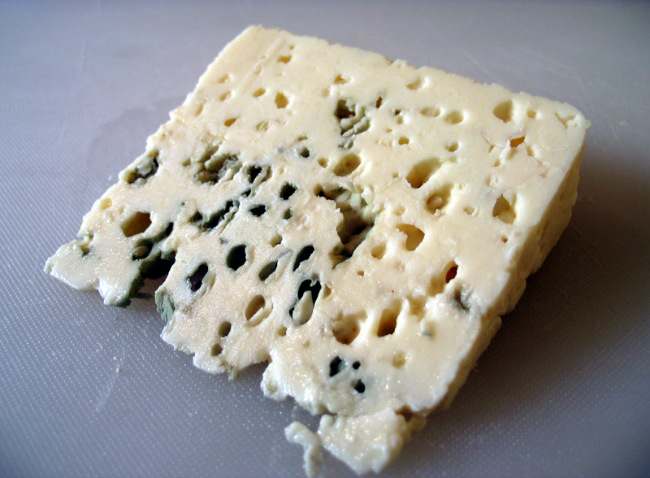 And to further muddle this: “Milk and milk products from goats must be accompanied by a USDA import permit if from regions classified as affected with foot-and-mouth disease (FMD) or Rinderpest.”

“Leave the gun, take the cannoli,” says Clemenza to his henchman in The Godfather. In this case, take the fromage – but do your research first. 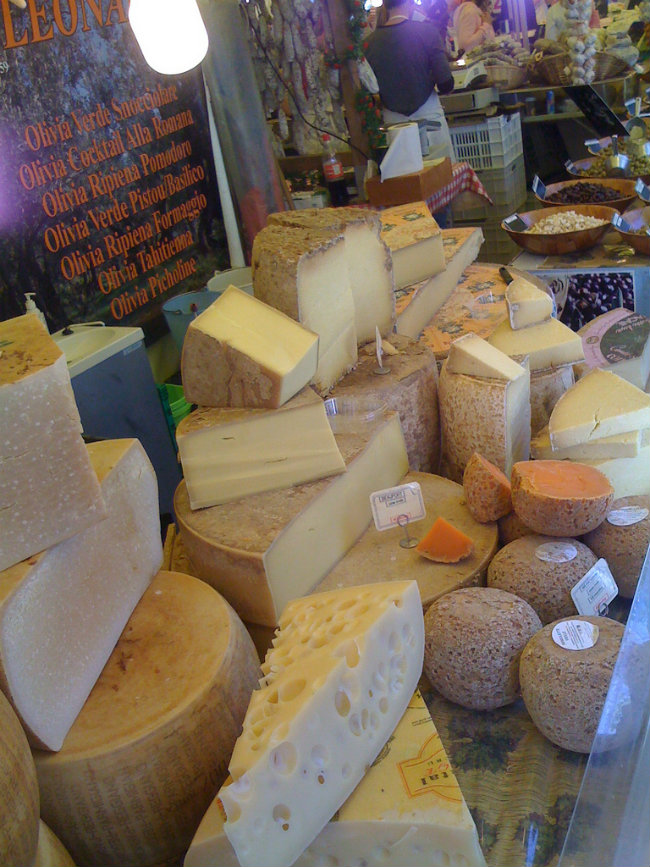 Previous Article Paris with Kids: Hidden Outdoor Treasure
Next Article Art in Unexpected Places: Angels in the Gardens of Paris