Art in Unexpected Places: Angels in the Gardens of Paris 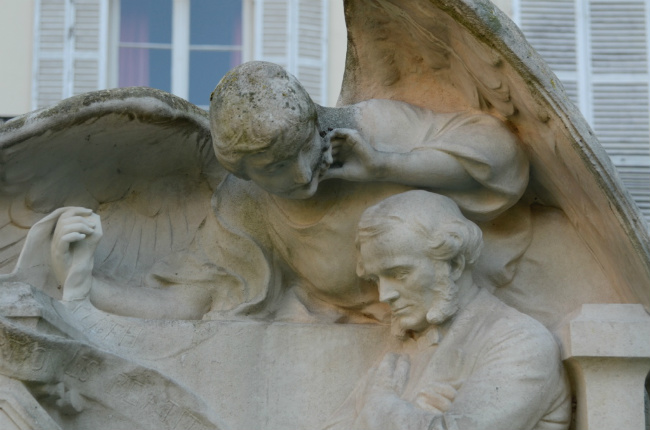 Angels have a way of showing up all throughout Paris – depicted in stone, ceramic, bronze and more – in expected and unexpected places. Naturally, sculpted angels hover atop chapel steeples, linger on church facades, and adorn the cathedral’s entrance doors. But the Paris angels also beautify immense parks and small squares, adding a poetic note to these green oases.

A leafy square beckons before the St. Clotilde Church, where a smiling stone angel spreads her wings protectively around a sculpture of the great Romantic composer, César Franck. Alfred Lenoir’s 1904 monument portrays the organ master with head bowed and arms folded, stalled in the act of creation, oblivious to the angel’s gentle presence. Her robe flows in waves in Art Nouveau style as she unfurls a long banner bearing Franck’s most famous compositions, as if to encourage and inspire him. 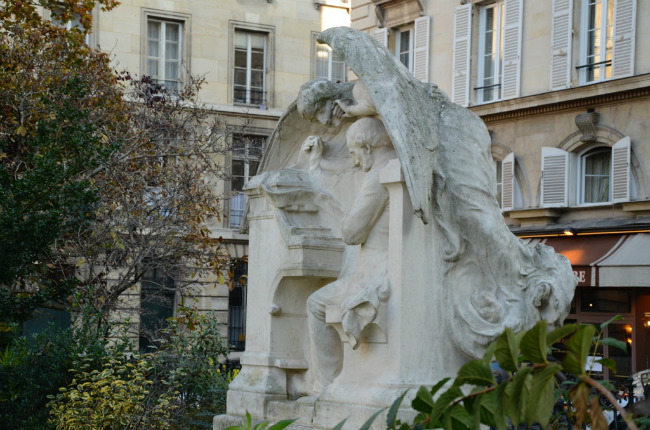 After a successful career as virtuoso pianist, César Franck was appointed primary organist at St. Clotilde, a post he would retain for 30 years. Here, he wrote one of his most enduring compositions, the communion motet Panis Angelicus (the bread of angels). Known as a man of the utmost humility, simplicity and industry, his work fuses romantic lyricism with brilliant improvisation. 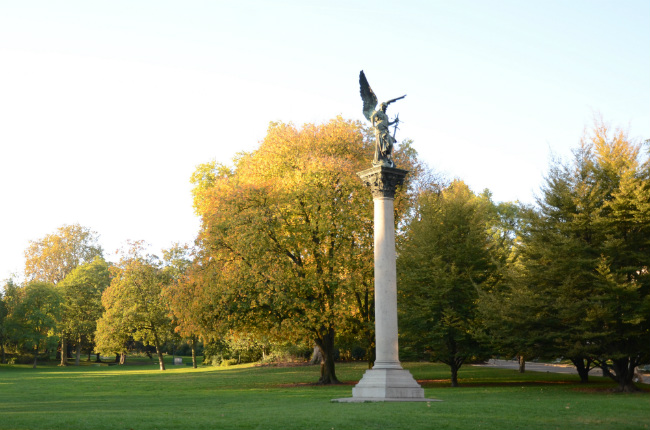 angel in the Parc Montsouris, photo by Rosemary Flannery

Cherubim, stationed to the east of Eden, appear as warrior angels guarding the entrance after the expulsion of Adam and Eve in the book of Genesis. And so it is that at the Parc Montsouris, one of Paris’s loveliest gardens – a bit of heaven in the city – Jules-Felix Coutan’s Armed Peace angel stands sentinel over the northwest entrance.

The majestic bronze angel, its colossal wings opened wide, is a decidedly feminine figure with an elegant swagger. Swathed in a long gown, and wearing a fetching helmet with upturned brim, she poses jauntily, right hand on hip. Her immense sword is unsheathed in abeyance, more a warning than a threat, as a banner sways in the wind as if to the music of a battle hymn. 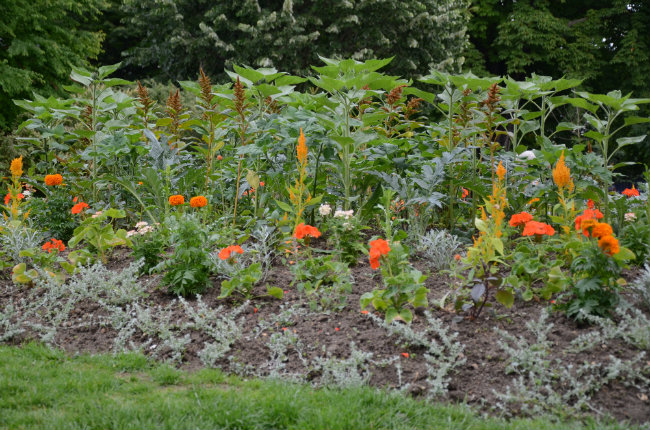 Inaugurated in 1869, the Parc Montsouris is one of four urban public parks created at each of the cardinal compass points of the capital to provide a green refuge for the bourgeoning city population. 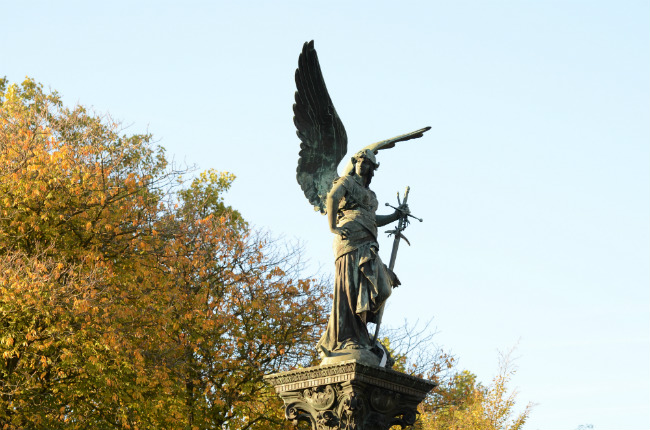 The angel in Parc Montsouris, photo by Rosemary Flannery

The Angel of Nagasaki

An phenomenal sense of tranquility and well-being flows from the Japanese garden of UNESCO, born of the Zen-inspired juxtaposition of its elements. Gently swaying branches of bamboo, cherry, and plum trees mingle with soft-colored magnolia, lotus and iris flowers, unerringly arranged amongst rugged granite and volcanic rock by artist and landscape architect Isamu Noguchi. A delicately bowed bridge crosses a layered reflecting pond, leading a path to a poignant vestige of the tragedy of war. 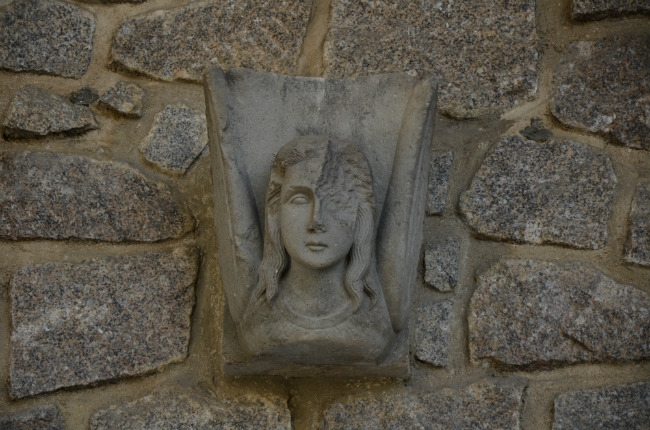 The somber stone angel’s head is one of the few sculptures of St. Mary’s Cathedral to survive the atomic bomb dropped on Nagasaki on August 9, 1945. The cathedral, also known as the Urakami Church, was a brick Romanesque structure completed in 1925. It stood only 300 meters from the epicenter of the blast.

The angel’s left eye and forehead were shattered by the explosion, yet her solemn, feminine demeanor prevails, framed by hair and wings striated in Art Deco style. As a gift from the Japanese government to honor the thirtieth anniversary of UNESCO, the angel symbolizes a silent plea for peace. 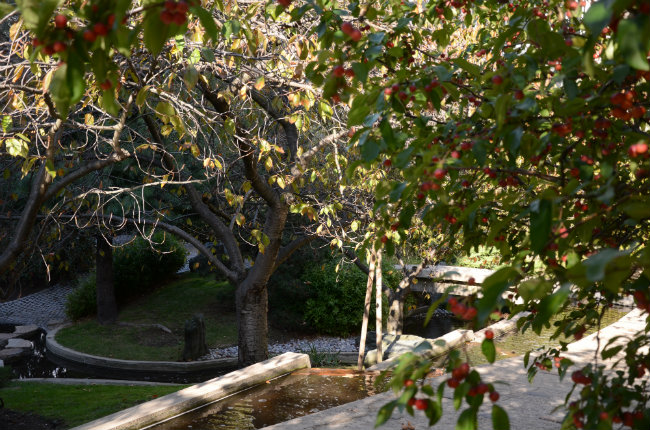 The peace gardens at UNESCO, photo by Rosemary Flannery