Fashion Week Kicks off with a Bang: Dior, Gucci, and Saint Laurent lead the way 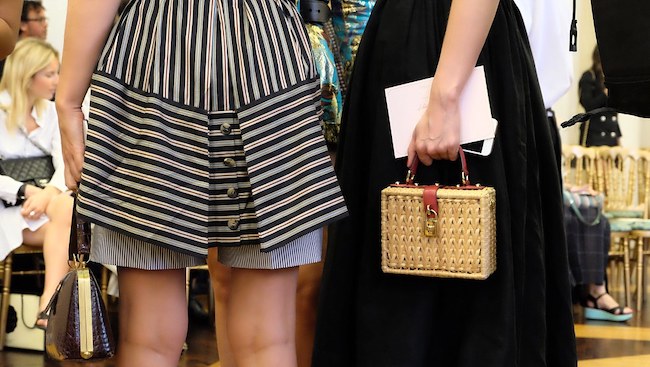 Fashion Week: there’s nothing quite like it in the City of Light.

The Spring-Summer 2019 shows are underway in Paris this week. Hollywood starlets, style journalists, models, paparazzi, designers, and more, all descend on the city and rush from show to show, and party to party. The city is awash in frenetic fashion-y energy. It’s as much of a rush as it is exhausting. A Parisian friend of mine once lamented: “I hate fashion week. I just try to avoid it altogether.”

Many, though, do not share my friend’s sentiment. For those looking for a recap of some show highlights thus far, look no further.

Dior was all about ballet; dance silhouettes, heaps of tulle, hair buns, nude and pale colors. At the Dior SS19 show, held at the Longchamp racetrack, there was a modern ballet performance through the entirety of the show. The centuries-old art form originated in France, so the tie-in is a natural one.

With the resurgence of ballet in pop culture, too, with the likes of ballet stars like Misty Copeland popping up in Under Armour commercials and big-budget Hollywood films, ballet – sometimes regarded as a bit of a stuffy, antiquated world – has never looked more modern and appealing. Dior was smart to capitalize on this fact. Plus, the ballet look never really goes out of style.

The AP’s Thomas Adamson writes of the Dior show vibe: “To clouds of falling white petals, dancers clad in patterned bodysuits twisted gracefully to the clicking sound of a metronome.” The makeup looks were also the cause of some excited buzz; the models’ looks were the work of Dior Make-Up Creative Director, Peter Phillips, who based the look off a choreographer. Vogue UK discussed how to get the look.

At the Saint Laurent show, which drew everyone from supermodel Cindy Crawford to Salma Hayek, models marches down the runway, which was in the shadow of the Eiffel Tower. Black hues – Paris’ chicest color – abound during the show. Models walked on a platform of water, making the hot ticket an even hotter one. Creative Director Anthony Vaccarello said, as reported by The Guardian, that this season he was inspired “by the way Paloma Picasso inspired Saint Laurent in the 70s, the way she took the clothes from the 40s and made them her own.”

Famed Italian house, Gucci, took over the party-synonymous Le Palace, a Paris institution — and storied place when it comes to late-night escapades. It’s regarded as Paris’ Studio 54. At the show – which included megawatt stars like Salma Hayek in the audience – the looks were all about the 70s and 80s. As they say, fashions always come back around.

Previous Article Seiziem’Art: Studios in the 16th Arrondissement Open Their Doors
Next Article Paris 100 Films de Légende: A Beautiful Snapshot of the City in the Movies