Paris 100 Films de Légende: A Beautiful Snapshot of the City in the Movies 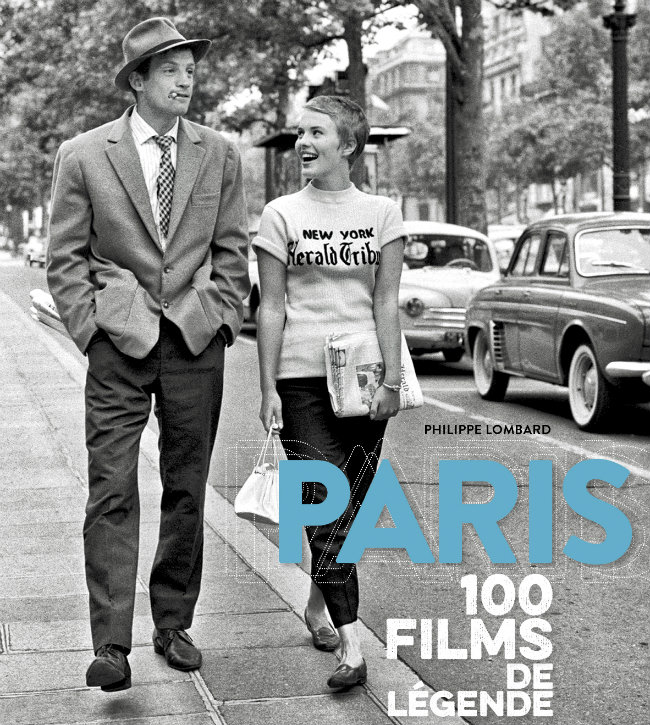 As film fans, we all have an image of Paris engraved in our memories.

A new book called Paris 100 Films de Légende features the Champs-Elysées “Herald Tribune” shot of Jean-Paul Belmondo and Jean Seberg in the film A Bout de Souffle (1960) on the cover. Look inside – it’s a journey.

Paris by night filmed by Woody Allen, Paris in full bloom in the Traversée de Paris, Paris and its metro in Luc Besson’s Subway… the examples are legion as Paris and cinema are intimately related.

Philippe Lombard, the passionate cinephile, journalist and writer, has produced an intriguing opus showcasing 100 legendary films with Paris based locations.

Midnight in Paris, Woody Allen’s 2011 love letter to Paris, sees Owen Wilson wandering through the city and, through the magic of cinema, finding himself in the company of Hemingway, Picasso, Gertrude Stein & Co. Goosebumps, eh!? Cedric Klapisch’s 2008 Paris or Ratatouille, Pixar’s animated film set at the iconic Tour d’Argent restaurant.

For each film, the photo illustrating it is accompanied by a simple text – translated by Franco/American Mary Deschamps – specifying where the film was shot, sometimes in studios, sometimes even in the USA – like An American in Paris (1951). Who knew!

From Fantomas to Hôtel du Nord, from Trapeze to Paris Blues and The Great Race, this book’s an invitation to rediscover the city of light and the wonderful world of cinema.

Published in French and English, turn any page, you’ll find a childhood memory related to the small or big screen. As you finish, the back cover is of Simone Signoret looking wistfully through the window of the Ange Gabriel cabaret in Jacques Becker’s Casque d’Or.

Of course, Paris without cinema would exist but the city would be less magical, less mysterious, less fantasized, n’est-ce pas?

Published by Parigramme Editions. Available at bookshops throughout the city. Other books by Philippe Lombard available on Amazon.

Related article: Discover the Restaurants Behind Your Favorite Paris Films