From Josephine Baker to Edith Piaf, from Gabin to Tarantino, Molière to Caesar, Le Fouquet’s is the eternal rendezvous of the world of arts and cinema, and Harcourt’s fabled photography adorns the walls.

The 200m² Harcourt Suite, complete with private gym, sits beneath the rooftops with sweeping views, from the fifth floor, of the Arc de Triomphe, the Champs Elysées and the Louis Vuitton flagship store. Decorated in grey and gold tones, with splashes of red velvet, the luxurious suite combines the charm of a chic Parisian apartment with the unique plus that the sitting room becomes a pop-up studio, transforming the space into a photographic studio for an unforgettable shoot – complete with pro hair and make up corner. Smile! Say cheese! Reveal your inner Jean Gabin or Carole Bouquet.

The story of Le Fouquet’s begins at the end of the 19th century, in 1899, when Louis Fouquet acquired Café Criterion, later renamed Fouquet’s, in line with the apostrophied Maxim’s (the competition), and with a nod to the British style of the epoch. In 1903, Brazilian aviation pioneer Alberto Santos-Dumont celebrated landing his plane on the Champs-Élysées in Fouquet’s bar, immediately dubbed Bar l’Escadrille (Aviation bar) and Le Fouquet’s became “the place to be”.

When Louis Fouquet passed away, Léopold Mourier– chef, restaurateur, philanthropist and creator of “Lobster Thermidor”– took over. He showcased elaborate cuisine that attracted and satisfied the political, social, artistic and military of the time. Mourier was the first chef de cuisine to receive the Légion d’Honneur.

With the 1930s and the invention of talking movies, Raimu, Marlene Dietrich, Fernandel, Gabin and directors such as Carné, Clouzot, Guitry came to Fouquet’s to schmooze, sign contracts etc. During the fifties, the Nouvelle Vague, embodied by Truffaut, Godard and Chabrol, made it their headquarters.

In 1976, the restaurant was taken over by Maurice Casanova who was, with Georges Cravenne, at the origin of the César and Molières (the French equivalents to the Oscars). And, in 1998, Groupe Lucien Barrière acquired Le Fouquet’s and, famously, not without controversy, former bling bling president Nicolas Sarkozy chose Fouquet’s as the venue to celebrate his 2007 election victory.

After suffering catastrophic damage by violent anarchists who mixed with “Gilets Jaunes” protesters, Le Fouquet’s Barrière has picked itself up, brushed itself down, and looks forward to 2020 with optimistic delight. 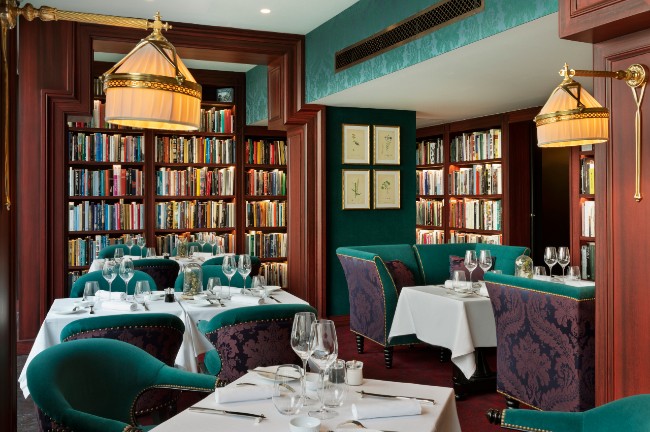 Lunch at Fouquet’s Brasserie by Pierre Gagnaire, Brunch and Dine at Le Joy with chefs Bruno Guéret and Raymond Nordin. Tea-Time’s very special thanks to the incredible imagination of Nicolas Paciello. And at Bar L’Escadrille, for “ze after work,” there’s sublime croque monsieur and signature cocktails. 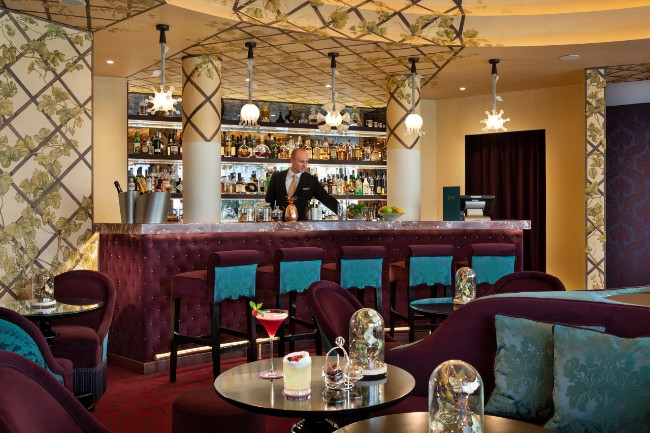 Previous Article Degas at the Opera in Paris and Washington D.C.
Next Article Streets and Stories: Rue Saint-Sulpice in Saint Germain-des-Près