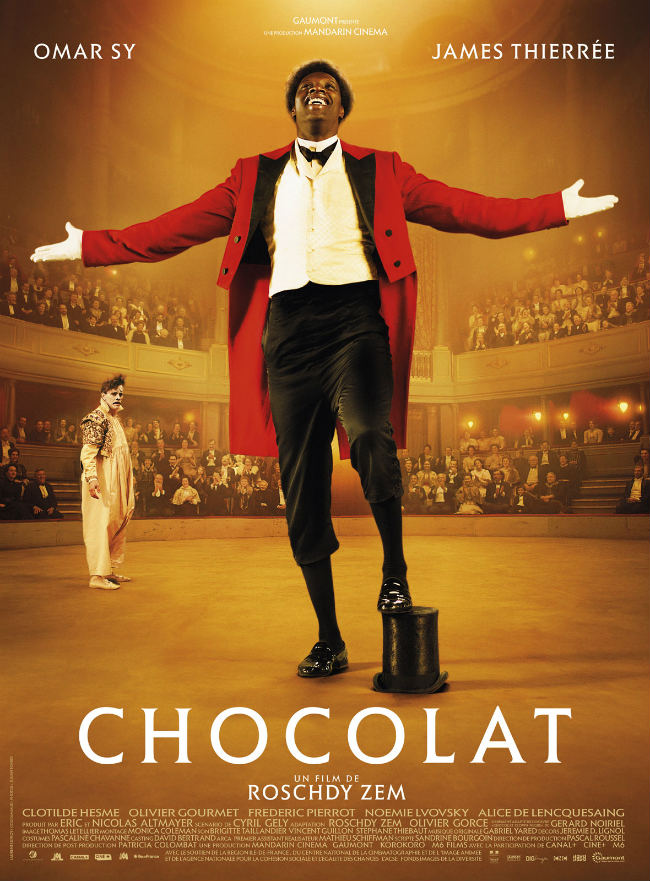 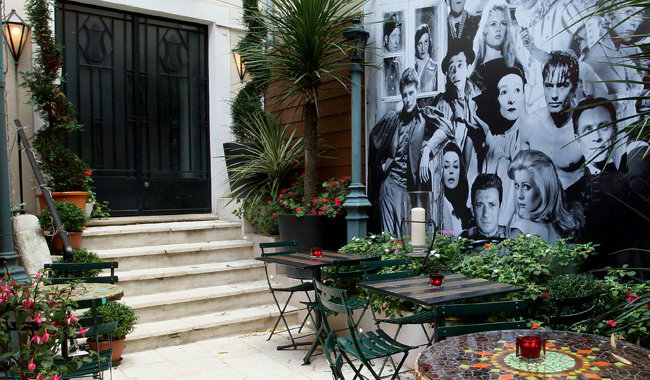 Lost in Frenchlation, the new service proposing French movies with English subtitles—plus a convivial cocktail gathering before the film—recently offered Chocolat at their usual venue, Montmartre’s Studio 28. Studio 28 is a storied theater, the oldest cinema in Paris (the name comes from the year of its founding in 1928). It was the site of the scandale caused by the screening of Luis Buñuel’s L’Age D’Or as well as the screening of the epochal Napoléon, directed by Abel Gance.

Today the theatre has a cozy look consisting of film memorabilia and funky-junky décor. There’s a bar in the lobby, as well as tables where one can have a bite to eat before the show. The place was jam-packed the evening Chocolat was screened, mostly but not exclusively with young English-speakers. Before the film started, Studio 28’s owner (son of the original proprietors) gave a short presentation of the cinema, and Manon Kerjean and Matt Bryan, founders of Lost in Frenchlation, gave an enthusiastic pep-talk for their start-up. The atmosphere was friendly, and the subtitles were extremely well-done (better than the typical French subtitling of foreign films).

There was one of those Internet/media rumors a while back that Omar Sy, the comic-actor who became world-famous (or at least French-famous) after starring in the hit comedy Intouchables, had died. Sy is alive and very well, as his turn in Chocolat attests. He supposedly made this historical biopic about a black clown in turn-of-the-century France to avoid being typecast as The Guy in Intouchables. Actually, the film has coincidental echoes of Sy’s own beginnings as part of a black-white comic duo, Omar and Fred, which appeared on French TV from 2005 to 2012.

The film was made by Roschdy Zem, a French-Moroccan actor-director, who starred in Days of Glory (about North African soldiers who fought for France in WWII). It’s no wonder that between actor and star, the film expresses so well the pain of racism aimed at those whose profession is simply to entertain others. Sy brings great authority to the role of Chocolat, aka “Kananga”, but really Rafael Padilla. James Thierrée, as his partner, a once-famous clown who hits on the provocative comeback idea of taking on a black sidekick, also has a powerful, though decidedly glum, presence. (Thierrée happens to be the grandson of Charlie Chaplin.)

Chocolat isn’t really a biopic, as it’s only loosely based on the story of its model. The script changed many facts in order to create a compelling social and personal drama. Not to mention a show biz drama: The director presents a vivid portrait of the circus milieu, its exploitative impresarios as well as the rambunctious, if convivial, relations between performers.

The film “Chocolat” opened on February 3 in France

Roschdy Zem sumptuously recreates the period, though he films in a rather stodgy, old-fashioned way. (If Ken Burns were to turn from stately historical documentaries to feature films it would probably look very much like this.) Zem is at his best depicting earthy provincial life, but his evocation of old Paris, half grotty, half Hollywood-style confection, is superbly entertaining eye-candy.

As the duo of Chocolat and Foottit rise to the top of the world of spectacle, we get interesting glimpses of how this world impacted early consumerism and advertising, and also the budding new art form of cinema. (They were filmed by no less than the Lumière brothers, played by the acting/directing Podalydès brothers, Denis and Bruno). Most especially, the director incisively portrays the fraught emotions and shifting power relations of a comedy team (reminiscent of Martin and Lewis and Abbot and Costello, among others).

The team’s story is also a sort of bromance, a film about friendship, mentorship, exploitation, and battling egos. While Chocolat is a ladies’ man, with numerous dalliances, and two significant romances, with an ingénue-like member of a circus family and then a nurse (affectingly played by Noémie Lvovsky and Alice de Lencquesaing, respectively), Foottit is depicted as a lonely, closeted gay man. Here the film departs markedly from the truth. In fact, Foottit was married twice, and had several children. 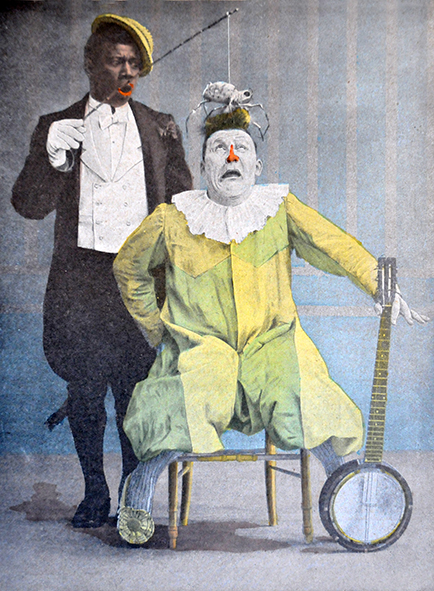 This highlights some questionable aspects of the film. Chocolat is an “inspired by a true story” movie, not a serious biopic. Much has been invented to suit the needs of a meaty, melodramatic story, and in the interests of political correctness. (Similar criticisms were made against a much more serious film, Selma). The film emphasizes both the brutalization of Chocolat by the authorities (he’s technically an undocumented migrant), and his descent into profligate gambling and drug use. This appears to be a distorted simplification of the real man into an emblematic victim. When he’s thrown into prison at one point, Chocolat is befriended by a Haitian radical named Victor (Alex Descas), who enlightens him about racism and injustice. Aside from being invented out of whole cloth, this combination Malcolm X and Frantz Fanon seems implausibly out of period, there as a mouthpiece for the filmmaker.

And yet the film does give us a compelling sense of how the old tradition of the Clown Blanc (white clown) and Auguste (clown in color), with their contrasting personalities, was to transition into a pattern of race relations. It gets us thinking about the biracial buddy films of Hollywood and the color-coding of character hierarchies in other films. Ironically, there is currently an uproar in America because a light-skinned African-American actress was chosen to play the dark-skinned Nina Simone in a new biopic. Social issues aside, rest assured you can enjoy Chocolat as an old-fashioned show-biz saga and tearjerker, and for the powerful performance by the talented Omar Sy.