Home Lifestyle A Quiet Night in Paris: Spend the Night in a Convent in...

One is spoiled for choice for hotels in Paris. I am always hesitant at the lower end of the budget as I have had some horrors and my coffers don’t permit much choice. So recently I fell back on my old practice of booking in to a convent. These suit me as I am by nature eremitical and quiet. I know I will have a good night’s sleep and the bed will be clean; cleanliness being next to godliness. I know in advance the room will be simple, spare and featureless – there will be no TV, no coffee making facilities, most often no soap and a very small towel. There will be three simple meals a day in the cost – or those costs defrayed in some cases if eating out. When I stayed at the gorgeous Abbaye Saint-Benoît d’En Calcat in Dourgne the food was so nourishing I begged to stay longer than the stipulated seven days. There, the monks grow or farm most everything themselves and take turns at being chef for the week; the menu and culinary expertise is the luck of the draw – I was lucky!

Meals are taken in silence. Often with a reading or accompanied by music – music, it goes without saying, of a sacred kind. It doesn’t allow for convivial chatter or inconsequential small-talk but it does incline one’s attention to the present moment – which at mealtimes is eating the food.

I inevitably smile and recall a parable I once heard: the peasant downs tools at the end of the day, goes home and eats his wife’s dinner, not much given to reflection or commentary or compliment but he appreciates it and all that has gone into its making; the intellectual man shuts down his computer at the end of the day, rushes from the office, gets snarled up in traffic or misses his train, gets home, downs his dinner – and doesn’t realise what he has eaten, and even less has the ability to appreciate his wife’s cooking so intent is he on solving the problems he left for tomorrow; the wise man downs whatever it is he has been doing, goes home, smells his wife’s meal, savors every mouthful and at the end knows what he’s eaten and the care and love gone into its making. A modern version of the ‘chop wood carry water’ teaching. That is what eating in companionable silence does, focus you on food, and, it would be hoped, on its making and its Maker.

The charism of the Benedictine tradition is hospitality so if you find one of these oases of calm, and you are of quiet intent and early to bed, you may be glad of these discoveries which are still found throughout France and Italy. Not all monasteries and convents offering hospitality are Benedictine now as almost all struggle to find ways to earn a little money to keep the roof from leaking or pay their heating bills. And, of course, to welcome inquiry. But way back in the beginning of the sixth century an Italian hermit named Benedict – Benoît in French – drew to himself men and women of the day seeking to make sense of their life, the meaning, perhaps, of their sorrows. It’s the same today – plus ça change, plus c’est la même chose. Saint Benedict realized that those who stayed needed shelter and small huts were built. In time modes of behavior were modified by necessity and eventually St Benedict wrote a Rule, still valid today.

To stay the cost is little, perhaps €45 a night though it varies. Traditionally there was no charge and one donated according to one’s means, but today meaner minds closed to the sanctuary of safety, or simply looking for cheap stayovers, fell to donating pittances, and wealthy benefactors no longer exist to augment such parsimony. Thus a rightful charge is made. That said, and it needed to be said for there are those who labor under the misguided view that “spiritual” must mean free. With cavalier disregard to the fact that heating, laundry, feeding guests, water rates and all the obvious do not come free. We use them all and today the charge is rightful.

I can think of no better real estate in the whole of France or Italy where such places exist! Each of them is central to the landscape they were established in, even the more modern ones. And in Paris where more wonderful than the Basilica of the Sacré-Coeur itself! The Benedictine sisters have a guesthouse right there in Montmartre. It is attached to the Basilica by an internal corridor and it is wonderful to walk from one to the other without venturing outside. One can make of it a genuine retreat, always preferred of course, or explore Paris to be home before curfew. I almost typed the witching hour then, but realized the choice of words would have been a significant faux pas! Curfew is early, 10 o’clock I think, but as I am always abed by nine it doesn’t bother me. If you wish to explore the nightlife of Montmartre or the dazzling allure of the Moulin Rouge it will not be for you.

In the morning – I had shuffled my single bed with some difficulty around the tiny room on the fourth floor so as to see out of the narrow window as the sun rose – I was simply awed by the splendid view of the rising sun coloring the cream stone of the Basilica tower through many hues of rose and orange and gold. I was entranced and took endless photos as the color bleached from deep rose orange to its cream over long minutes. I had arrived in winter darkness the evening before and had little idea of what awaited the morning. Breakfast was coffee, white bread and jam. I skipped it, relying on a few healthier provisions I had brought for the journey to keep the sugars up until I found breakfast locally. That became another story as Montmartre does not do early!

There are excellent guide books in French and Italian to these convents and monasteries, one that comes to mind is the Guide Saint-Christophe but there are others. The content will indicate whether guests are accepted. A simple search online also offers much information.

One last thing – there are two remarkable organizations which offer host stays all over the world in the spirit of friendship. SERVAS was begun after WWII by a young American who saw that at heart all people wanted the same – security, peace and friendship. A nominal fee secures host membership; a separate fee and Letter of Introduction is for travelers. The other wonderful organization is for women only, so we can feel safe and welcome wherever we go. Women Welcome Women World Wide collates to 5W and going online will give you your local or country contact. Their website will inspire you! 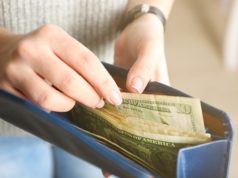 What does Coronavirus mean for the currency market?