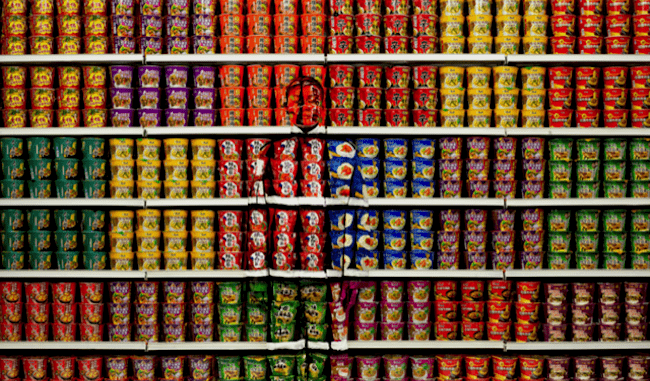 As I approached the Grand Palais yesterday, home to the 2020 edition of Art Paris, I felt elated. Elated that this year’s edition, originally slated for last April, was finally going ahead in person. Elated to see people queuing up to partake in the first big international contemporary art event in six months. Elated to have a chance to discover how artists, and the gallerists who represent them, would tackle the elephant in the room: Covid-19.

Befittingly, the leitmotif of the fair is “résistance,” not as a political manifesto but as a rallying cry. 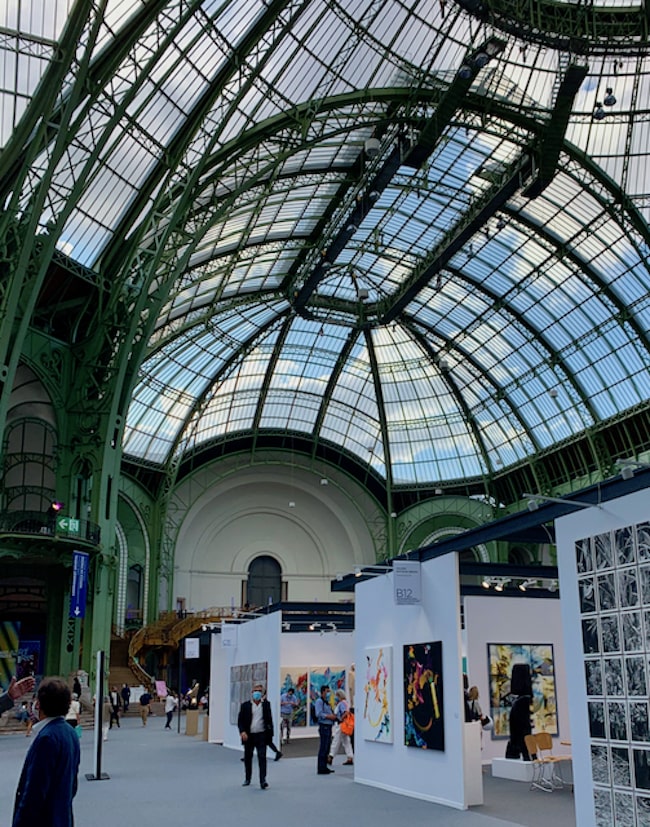 It is true that Parisian galleries, collectively, have been extremely resilient. They were the first to open their doors to visitors, as soon as lockdown was lifted and before museums did. Capitalizing on the renewed interest from Parisians, many have since embarked on a monthly Sunday opening program, involving both the Marais and Saint Germain des Près districts.

Traditionally, Art Paris has focused on the French contemporary art scene, with a sprinkle of foreign galleries– mainly European and some from Asia. This year’s edition is no exception, and it is reassuring to see galleries hailing from as far away as South Korea. 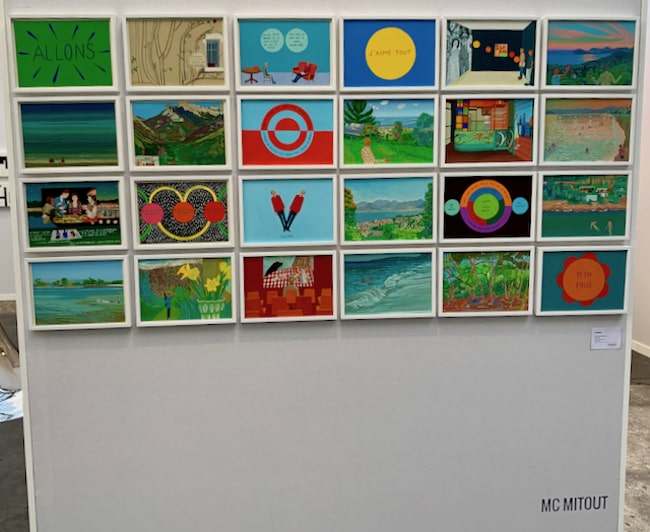 With a reduced number of exhibitors (down from 150 to 112), booths are more spacious and airy, allowing for improved visitor experience. While a whole section of the fair is dedicated to bright young gallerists, the kind that normally would stick to smaller regional fairs, the lightness of the international art fair calendar has also encouraged heavyweights in the sector, like Perrotin, to exhibit at Art Paris this year. For collectors and amateurs alike, this feels like a gift.

The first impression stepping under the magnificent skylights of the Grand Palais is one of brightness. It is not just the glorious September sunshine, but more that a plethora of artists share a craving for bright colors, as if intent on lifting the viewer’s spirit (or maybe their own?) From Hockney-inspired vignettes by young French artist Marie Claire Mitout, her visual diary like a breath of fresh air in the current morose mood, to the fire-lit skies Adam Bogey recreates using pastel, a traditional, almost forgotten medium rendered modern by the use of excessive, almost unnatural hues. 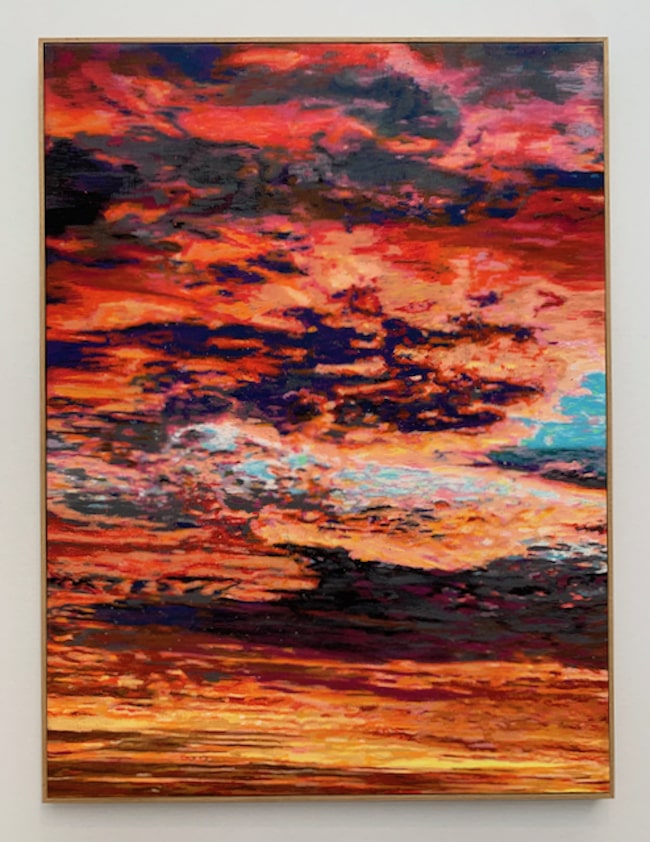 Other works, from more established artists, are more meditative, if not downright sad. It is the case for the fasting Buddhas presented by Portuguese artist Miguel Branco that, while executed long before the pandemic hit, function as a memento mori in a time when we are all confronted, more than we care to enjoy, with the fact of our own mortality. Or the balancing miracles produced by Brazilian sculptor Tùlio Pinto, where the heaviness of steel finds an unlikely equilibrium over bubbles of blown glass, a metaphor for the precarious position we are in.

Another recurrent theme is evanescence. From Chinese-born Liu Bolin’s disappearing act (to find him, look for his shoes at the bottom of the photograph) to Miaz Brothers’ blurred interpretation of classical masterpieces (by the likes of Gustave Courbet or Frans Hals), the uncertain times we live in resonate in the works on display. 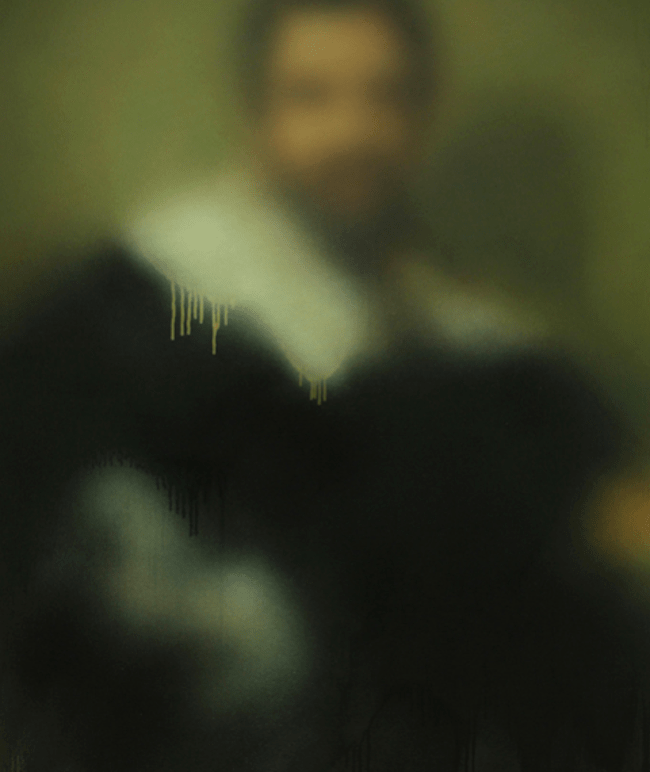 One of our favorite pieces, by French photographer Laurence Aëgerter, is an archive image of swimmers, printed as a tapestry. The human figures are depicted using a phosphorescent thread, and their latent image is revealed at nighttime, when the rest of the fabric is dark, as the thread releases the light absorbed during the day. Laurence’s innovative technique, highlighting the permanence of the image even when there is no spectator to look at it, in my mind functions as a poignant counterpoint to the dizzying speed of round the clock information services, to whose screens we have been glued even more than usual over the recent months.

Both gallery professional and the many artists present are happy to engage (should I dare say, much more than usual?) with the crowds in attendance, offering precious insights into the creative process behind the works presented. And while some of the more hobnobbing aspects of the event have had to be sacrificed to comply with physical distancing measures (no, the dreaded French bise thankfully has not yet made a comeback!), this resilient edition of Art Paris does not disappoint. 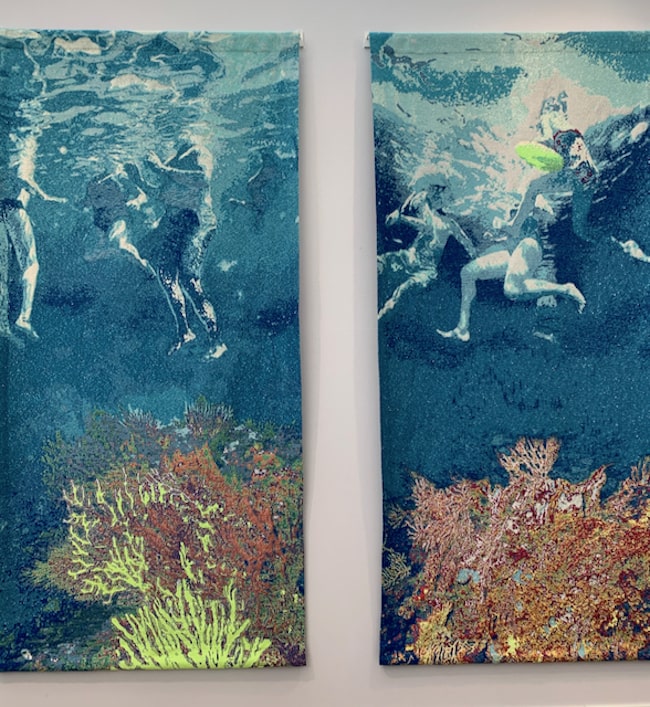 Art Paris will run until Sunday, September 13 at the Grand Palais. To catch the exhibitions via virtual viewing rooms, check out the fair’s website here.

Previous Article François Villon: Poetry in a Time of Dislocation
Next Article La Rentrée in Paris: Restaurant and Food News