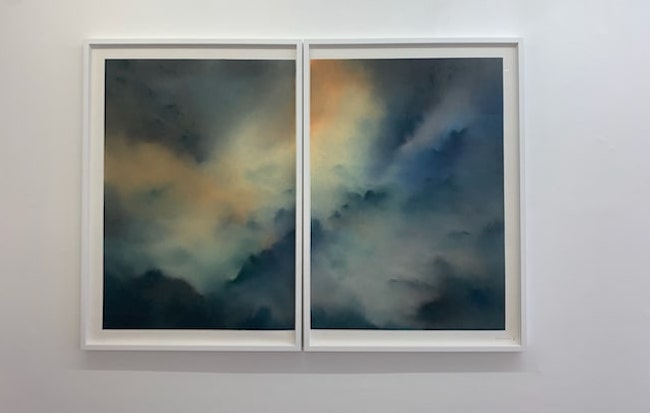 As Parisians find out how to coexist with Covid-19 after the quarantine, a group of contemporary art dealers in the Marais have launched the Marais.guide initiative.

Long before Sunday openings became the norm also in other areas of the city, shops in the Marais area were precursors, staying open seven days of the week. Surprisingly, art galleries in the area stayed shut. It felt like a missed opportunity: while crowds flocked there for brunch and some retail therapy, many would have been happy to add an artistic side to their weekend outing.

As 2019 saw a marked drop in attendance on Saturdays, discouraged by the weekly yellow vest protests and by the public transportation strikes, many dealers felt a new strategy was needed to attract visitors in 2020.

Almost timidly, some gallery owners partnered last February to launch a monthly Sunday opening. But that initiative, meant to be the first of a series, came to a screeching halt when the country hit pause mid-March. 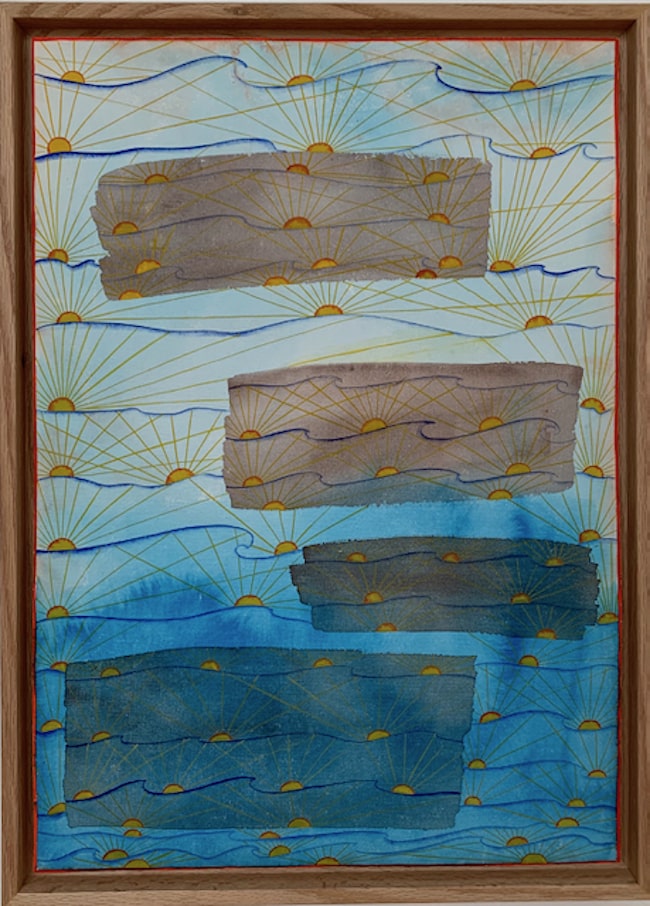 Virtual cultural initiatives mushroomed, with the biggest, most famous museums taking the lion’s share of online visitors. The Louvre, to name just one, saw a boom in popularity of its remote content, cumulating 10 million views in less than two months. In comparison, over the entire year 2019 the museum had welcomed 10 million physical visitors.

Similarly, the biggest contemporary art galleries, often with an established international presence, were quick to move from physical to virtual, offering, in lieu of the international fairs, remote viewing rooms for avid collectors. But the situation looked dire for the smaller players: already burdened with expenses for exhibiting at fairs that could not take place, their digital presence (or, in some cases, lack thereof) did not allow them alternative selling platforms besides the physical reality of a show.

Thankfully, almost all the Marais dealers opened their doors on the first day post-lockdown. With precautionary measures put in place, modeled on best practices experimented in Asia and in other European countries, these professionals understood that it was important to fill in the cultural vacuum people experienced while in quarantine. 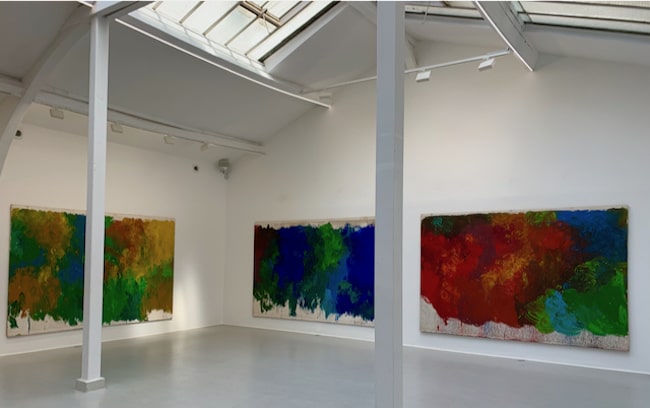 Maria Lund, owner of the eponymous gallery, told me back in April that “being forced to stay in Paris, confined to our own neighborhood, has allowed us to look at our city and the treasures it offers under a different light.” We discovered the city like a tourist would, surprised by places and people we previously took for granted.

I believe Marais.guide fulfills, at least partially, the need of the new local tourists we have forcibly become, while at the same time offering a useful tool for out of town visitors eager to explore the richness of the Parisian contemporary art scene.

The application lists the participating galleries, with convenient links to their websites and their Instagram accounts. There is also a map and a few suggested itineraries requiring between 1.5 hours for a casual stroll to a 3 hour commitment reserved for art buffs. 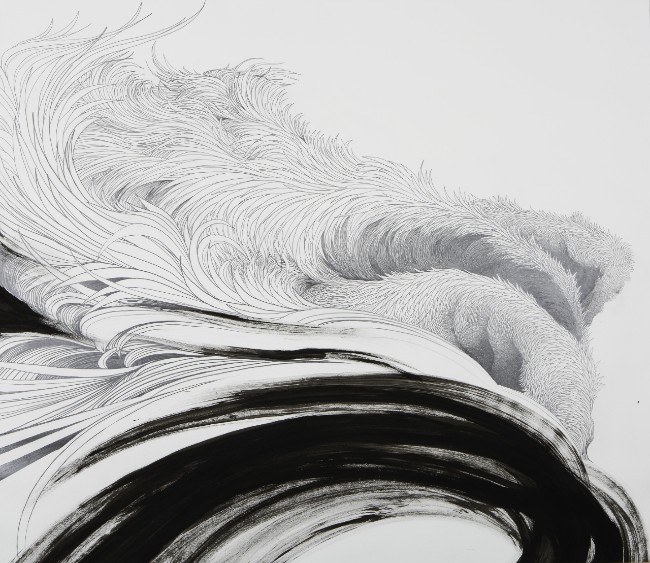 The four dealers who spearheaded the launch of Marais.guide are Bernard Utudjian (Galerie Polaris), Anne Barrault (Galerie Anne Barrault), Magda Danysz (Danysz Gallery) and Eric Dereumaux (Galerie RX). They started planning the collaboration while still in lockdown, hoping to have at least 20 galleries adhering to their Sunday opening project. As Eric Dereumaux told me, even they were surprised at how quickly other dealers, big and small, came enthusiastically on board. Of the 90 galleries listed on the application, almost 50% were open on Sunday May 26, and Eric anticipates even more will join them in the future.

I put the application to the test on the Sunday it was launched. On the eve of my visit, I applied for timed-entrance slots at the galleries I had selected. On the day, I donned my mask, and off I went. At each stop on my planned itinerary, I was warmly welcomed by the dealers, who were clearly as happy to welcome visitors as we were to be finally allowed some freedom. Physical distancing was never an issue, and pre-booking made the whole experience even better, because we could enjoy the works of art in almost complete privacy. 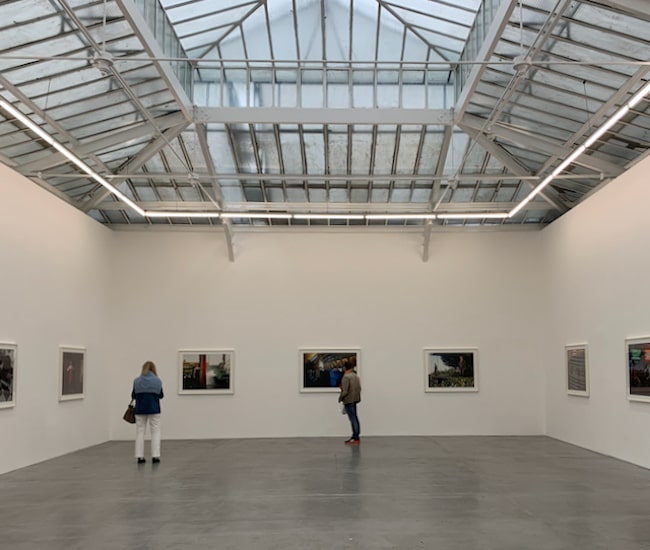 It feels like this kind of intimate contemplation is going to be, for the foreseeable future, the way we will enjoy art. Bernard Utudjian agrees: “Allowing the visitor to spend time in front of a work of art, together with a fruitful exchange with the dealer presenting the artist, should return to be the norm and not the exception in our jobs.”

Outside many galleries, people patiently queued for their turn as the event drew large crowds of both passionate collectors and simple amateurs. Families with young children, older visitors, artsy teenagers: the audience was a varied slice of Parisian life, and I don’t know if it was just me, or the sun shining over the city, but it felt as if everyone was smiling behind their mask, happy to see art in real life after what felt like an eternity.

Marais.guide can be downloaded here. The next Sunday opening will take place on June 14, 2020. 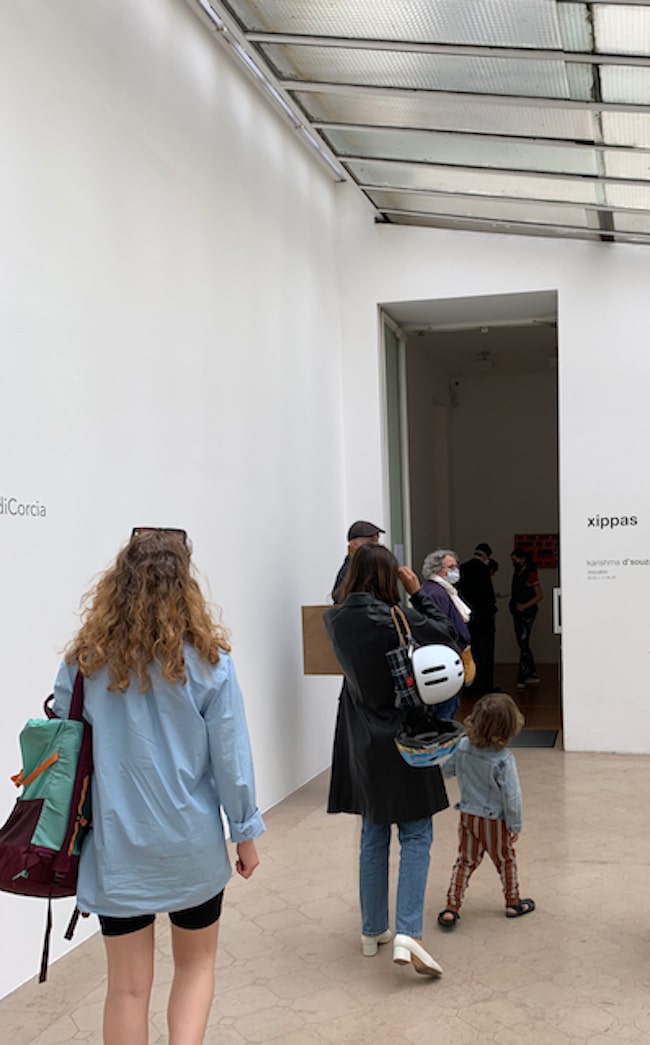