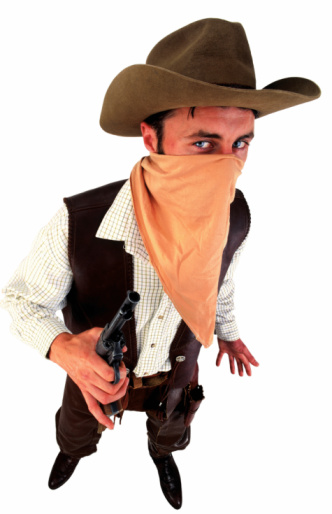 Americans are gun-loving, car-crazy redneck bigots. The French are garlic-breathing, sex-mad sleazy winos. If you believe either statement, what are you doing on Bonjour Paris? One of the under-observed consequences of the internet is the discovery that people the world over are far more similar than they are different. Patriotic fervor is fine, but mix it with xenophobia and the cocktail becomes deadly. The trick is to showcase your best side while generously recognizing that the other guy has something as good on offer—just not the same.

The only way to know that is through a shared language. Not Esperanto or Volapuk or even English. But something new. And it is already on your favorite web browser. Automated translation interface is here and it means that we can read any page on the web regardless of language. Translation quality improves constantly as the software accumulates context-based rules of usage. VOiP like Skype or Vonage is next. Your new best friend in France need never learn a word of English. When you meet face to face, you’ll be communicating through a WiFi earpiece, sign language or the old-fashioned way. But you will have the choice.

By the way, although this is not the place you might expect to read about context-based wireless simultaneous translation as The Next Big Technology Thing, doesn’t it make sense that your mobile phone will soon have an app for that? Just ten years ago, the hot item was a Palm Pilot with the stupid stylus. Scarcely more than a glorified Rolodex. Now our phones have GPS, two-way video and take better pictures than most cameras. But why stop there? Two words define the future of technology: organic transistors. That’s all you get on that topic for now but remember, you read it here first.

OK. Back to the theme of this billet—la différence. If the aforementioned convergent technologies allow us to break through the language barrier between the English-speaking world and la Francophonie, what then? Simultaneous translation as a career option will become as marginal as, say, blacksmithing, lamp-lighting or typing. Once we understand our interlocutors, the tired stereotypes, prejudices and suspicions fly out the window as we realize that we all share the same concerns: family, love, career, taxes, raising our kids, staying safe, being useful.

History, art, architecture, music are definitely worth the effort to show that, gee, you’re not in Kansas anymore. Some might argue that the geographies in France or Britain or America or Mexico are uniquely and unmistakably different. Movie location scouts demand and get big bucks for regularly proving the contrary. Food can’t help us here either. It’s as easy to eat well or badly in any part of the world. The best French chefs work in London and New York. The best burgers are made with Charolais (French) or Kobe (Japanese) beef.

Yes, folks, we are all the same under the dome of the bell curve. So what’s left to enjoy? Or better still, laugh at?

Happily, there is still a barrier to universal homogeneous one-size-fits-all human experience. Humor. Not comedy. Comedy is something else. Chaplin, Harold Lloyd, Jacques Tati are all visual acts. No language needed. Mr. Bean is comedy. However, the same Rowan Atkinson playing Edmund Blackadder is English humor at its most trenchant, ruthless, devastating best.

It is precisely because it is so universal that comedy is of no use in defining what makes the French view of the world different from the Anglophone. Only an intimate understanding of specific, local humor can do this.

Pure homespun, neighborly I-feel-your-pain humor. Can Joan Rivers or Don Rickles be translated? What would remain after laboriously translating Guy Bedos or Pierre Desproges? Or Coluche? It is the use of language and a lifetime of shared references which resonate with the audience. Irony and satire only make us laugh when we know what is being mocked and cruelly pilloried.

And just in case you were thinking that wit and humor are so idiosyncratic that they cannot be translated, allow this writer to offer to you, esteemed reader of Bonjour Paris, en guise de cadeau de fin d’année, from Cyrano de Bergerac by Edmond Rostand, that most French of plays, an extract as celebrated in French theatre as the To Be Or Not To Be soliloquy is to the English stage. I refer of course to the emblematic “Tirade du Nez”. Not as you might expect in French. Or by Gerard Depardieu. But in English. Played for TV in 1985 by Derek Jacobi. As you will discover, not a thing is lost in translation. Enjoy.