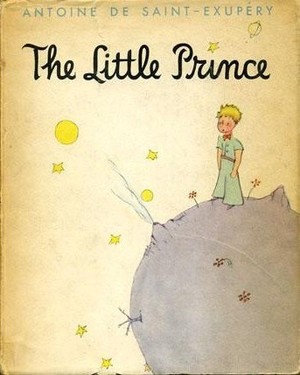 “Paris martyrised…but Paris liberated”, shouted Charles De Gaulle upon arriving in Paris with Philippe Leclerc and General Patton’s troops. This summer, ceremonies marking the 70th anniversary of the August 1944 Liberation of the French capital are in full swing.   After the French government’s D-day reeactment in Normandy at the beginning of June and its August 15th “sound and light” show commemorating the allied landing in Provence, Paris has taken to the limelight. If the first two celebrations were an excellent opportunity to show off both France and Britain’s latest aerial and navel defense material – anti-aircraft vessels, helicopters, jet fighters and minehunters – the Paris menu has included a parade depicting the arrival of French and US troops in the capital, conferences – some of which in English, here – museum exhibits, a religious mass, and even a “liberation” ball.  For those planning a visit to the capital later on this year, be reassured that many more events will still be going on until February 2015. You can get an idea of the program here. 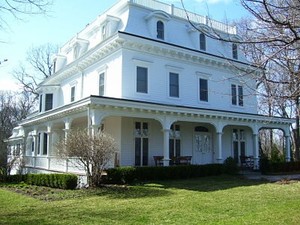 So what does Antoine de St Exupéry’s masterpiece have to do with the liberation of Paris? Far from a simple children’s book, The Little Prince can be read and discussed on a multitude of levels.  If the Petit Prince’s death is a tragic reminder of the loss of the author’s brother and confident, François, to rheumatic fever at age 15 and the portrait of the rose and the volcanoes a direct reference to wife Consula and to her native Venezuela, the crash “theme” also came from real life. To understand what makes this allegory of an ET before his time so popular, it may be helpful to place the book in its historical WWII setting, the German occupation of Paris and the author’s exile to the US.

For many long years St Exupéry worked as a professional pilot flying aero-postal deliveries throughout Argentina and Europe.  But in 1939, in light of the impending war, he was called up into the French Air Force (l’Armée de l’air) to carry out reconnaissance flights. When Philippe Pétain the former WWI hero and “Victor of Verdun” became head of the French government and chose to capitulate by signing an armistice with Hitler in 1940 , an obscure General named Charles DeGaulle moved to England and established a resistance movement there.  Many French intellectuals and artists also fled, that same year, to the US. 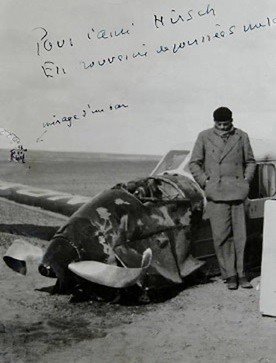 St Exupéry, found himself sailing to New York in December 1940, in company of film maker Jean Renoir.   It was Renoir – son of the painter, August Renoir – who also invited St Ex toHollywood.  Although the author and his wife spent some time in New York, most of The Little Prince was actually written in 1942 in the white victorian Bevin Mansion on Long Island.  By 1940 Renoir and St Exupéry were already established names in both in Europe and abroad. Renoir had made several noteworthy films and St Exupéry had published three novels with Gallimard*, namely “Courrier sud” (1929) “Vol de nuit” (1931) and  Terre des hommes” (February 1939).  After a plane crash into the Sahara Desert during a Paris-Saigon air race in 1935  alongside his friend and aircraft mechanic André Prévot, the two pilots had found themselves wandering around in circles for several days totally dehydrated.  They would owe their survival only to a bedoin passing by on his camel.  The author chose to use that crash incident as background for The Little Prince. 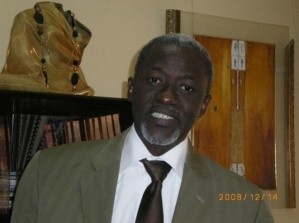 Once Germany had occupied Paris and the north of France, newspapers and editing companies, including Gallimard, were placed until Nazi supervision.  As a result Le Petit Prince came to be published in its original bilingual version, not in France, but in New York.  The bilingual version (Raynal and Hitchcock – today Random House) appeared in April 1943 and included original watercolor sketches by the author himself.  At the same time the book’s totally French version was born, published by the Librarie de France and owner Raoul Baroina.  If the Librarie’s original publishing house Maison de France has disappeared in the US, it still exists today in Raoul’s homeland, the former French colony of Côte d’Ivoire.

St Exupéry remained in the US until April 1943 when he returned to fight Germany at the heart of the Forces Françaises Libres in Algeria. His age, his poor health, his numerous accidents and a subsequent bout with alcohol found him placed in the “reserve corps” and sent on minor reconnaissance missions, a difficult challenge for someone used to taking outright risks.

Was it due to a sudden bout with alcohol that, if it had lasted much longer, could have put an end to the pilot’s career? St Exupéry’s P-38 Lightening F5B disappeared on July 31st, 1944, during one of his reconnaissance flights over the Medeterranean Sea.  The fiece and grasping “boabob trees” invading the Little Prince’s planet were officially “felled” when the north of France and Paris were liberated three weeks later.  Gallimard Publishing House would return, once more, to “French” hands during the months which followed, but Le Petit Prince was only finally published in Paris in April 1946, nearly two years after its author’s death.

*Gallimard Publishing Company (Editions Gallimard-Flammarion) began as a literary magazine “La Nouvelle Révue Française” (NRF), founded by André Gide and Jean Schlumberger in 1909.  It became a publishing company two years later when Gaston Gallimard brought both the money and the managerial skills necessary to the venture.  In 1913 the NRF also went on to create the famous Vieux Colombier Theater.  The Editions Gallimard only became a seperate entity from the NRF at the end of WWI.

When Nazi Germany occupied Paris in 1940, the firm was shut down and placed under seals.  Most of its members escaped to the non-occupied sector, but Gaston Gallimard returned to Paris in hopes of saving his publishing house.  He was able to do so by agreeing to place it under German tutelle and conforming to the Nazi propaganda code.  “Undesirable” writers were filtered during the ensuing years and the firm only escaped the post-war purge thanks to the support of writers like Albert Camus and André Malraux.  Translated into over 250 languages, Le Petit Prince still remains today Gallimard’s best selling book of all times.