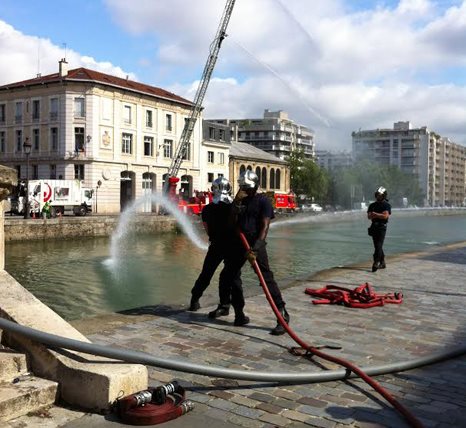 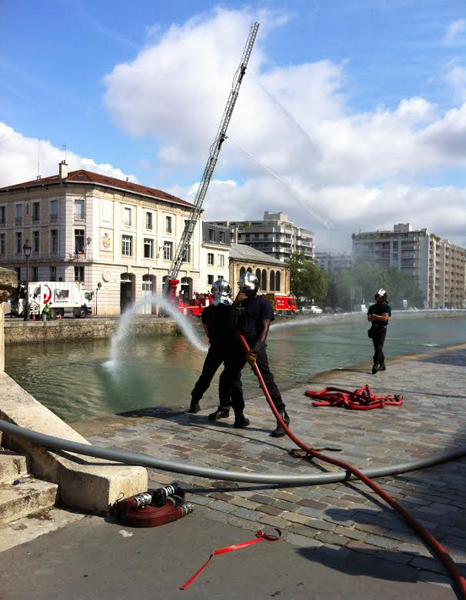 While walking along le Canal de l’Ourcq in the northeast of Paris, I recently came across la brigade de sapeurs-pompiers de Paris (BSPP). Les pompiers (firemen) were in the middle of a fire hose training, several of them were stationed on the side of the canal, and two others were high up on the truck’s ladder. It was quite an impressive site so I took a photo before continuing on my way. The BSPP, which serves Paris, it’s surrounding departments and certain other sites of national importance, is a French Army unit. Composed of 8,550 firemen, they are the largest fire brigade in Europe and the third largest city service internationally, following Tokyo and New York. The brigade’s motto is “sauver ou périr” (“save or perish”).

Previous Article An Insider’s View – The Artful Life of Johan Hierck
Next Article Nobility in Exile: The Little Prince