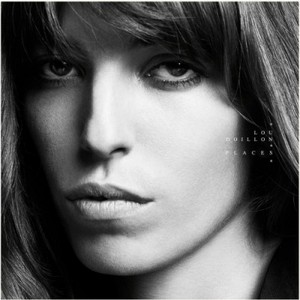 Generalizations are dangerous, but one reason I now skip most rock concerts in New York is because I am sick to death of young hipsters making videos and texting rather than listening.

I never thought I’d say this about the French — my favorite destination is Paris and the writers who have been my biggest influences are French — but the French hipsters who live in New York are just as annoying. Maybe worse. The Americans make media. The French chatter. (And they’d smoke if they could.)

I came to loathe these émigrés at a performance by Lou Doillon in a downtown club so chic I’d never heard of it. I’d heard her music but never seen her, so I paid attention. The French? They know her very well. So no reason to listen.

There’s every reason to pay attention to Lou Doillon.

She’s the daughter of Jane Birkin (yes, the inspiration for the Birkin bag.) Her half-sister is Charlotte Gainsbourg. She started acting at 5, and has appeared in 80 movies. Tall, stick thin, she is the face and muse of Givenchy. And, last year, at 30, she launched a music career with a CD called “Places,” which astonished its creator and the French audience alike when she was named best female performer of the year at Les Victoires de la Musique, the French equivalent of the Grammys.

“Places” deserves every superlative you can think of. And not only because it’s an astonishing debut. It’s music that comes from a deep place. A place that, if you’ve had a romance or three, you know very well — these songs are about longing, regret and desperation. Mostly, I think, desperation, which is, for Doillon, the inevitable result of a primal need for connection that comes close but always seems to miss. The upside: the modest hope that if we name the pain it will dissipate and we might do better next time.

Doillon’s voice is a marvel. On first hearing, you think she’s gone to school on Amy Winehouse, but you very quickly move on to Billie Holliday and Nina Simone. And in the lyrics and the measured cadence, Leonard Cohen. An early memory: “I’m in my father’s car at age 9 or 10 crying to Leonard Cohen’s ‘Famous Blue Raincoat,’ thinking that you could write nearly a love letter to a man who betrayed you by having an affair with your wife. I was thinking how wonderful and pure music can be for explaining situations.” (Age 9 or 10? Well, her father is a film director. And French.)

The CD begins with “ICU,” which she calls “a sad song for sad girls.” It’s addressed to a lost lover, much missed: “I see you in every cab that goes by/ in the strangers at every crossroad, in every bar.” It’s slow, almost spoken. And more powerful because of her stage persona, which is none: “I like the idea of going on stage without makeup, without the hair being done, in the jeans and shirt I’ve been wearing all day.”

The song that alternative radio will play is “Devil or Angel.” Again, the subject is romantic difficulty. But so far from pop platitude:

I’ll never quite understand why we love to carry on wars as we do/ I haven’t yet opened the doors that your bullets are already flying through/ And I wish you’d stop claiming you surrender/ Lay down the gun if you do/ You accuse me of standing guard/ But wouldn’t you/ Honey you are so quick to skip from praise to slender/ Devil or angel I’m not one or the other/ And I’m sorry if I, if I disappoint you…

Wise words. But so are these: “What is the most intimate is actually the most universal. The more you’re writing absolutely honestly, and absolutely bare of intention — even if it feels absolutely personal and small because it’s at your own scale — other people relate to it much more.”

I relate to Lou Doillon. Totally.