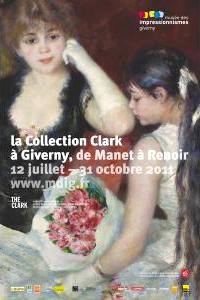 Of course in your life you’ve seen a lot of memorable art exhibits.

If you’re living in or visiting culture-conscious France you almost surely have seen or are going to see more than most.

Chances are, however, that you rarely will see one as memorable and artistically exceptional as the exhibition of French chef-d’oeuvres from the American Sterling and Francine Clark Institute on display until October 31 at the Musée des Impressionismes in Claude Monet’s home village of Giverny.

Literally, the exhibition is awash with absolutely top-class and seldom-seen works by Renoir, Sisley, Degas, Manet, Pissarro, Toulouse-Lautrec and Caillebotte, among others, and is well on the way to setting attendance records at the museum only a bit more than a month into its four-month run.

Even the most touted exhibitions of great painters usually will display a lot of their works, mostly good but also some of lesser quality. Indeed, the latter often are there simply because they were done by the artist in question and bear his or her signature. 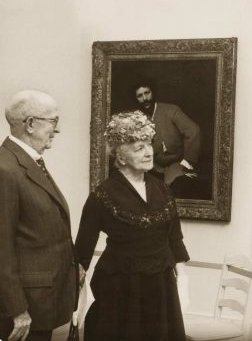 What’s notable about the Clark exhibition in Giverny is the superb quality of each work being shown. That’s because Sterling Clark, the American multimillionaire collector to whom the paintings belonged and which now are in the trust of the art institute and museum he and his French wife, Francine, founded in Williamstown, Massachusetts before his death in 1955, had an iron-clad rule about what he collected.

Just before World War I he had been tricked by alleged experts into purchasing some artworks deemed to be unique and in mint condition. Eventually, however, they turned out to be mere retouched copies.

Once burned, ever careful. After that, for all his purchases he relied only on his own and his wife’s severe but generally unerring artistic judgments plus those of some trusted friends.

It was a good decision and the exhibition in Giverny proves just how good those judgments and choices were.

Although he was not the first American collector attracted by the precedent-breaking work of the French impressionists and their epoch, he was one of the first. He also was one with a particular penchant for paintings by August Renoir. But even then he was picky and turned down a lot of chances to purchase Renoirs and works by other noted artists that he didn’t consider up to his taste or standards.

The result: of the more than 70 Clark collection paintings on display in Giverny, no less than 20 are superb Renoirs rarely on view except in Williamstown. 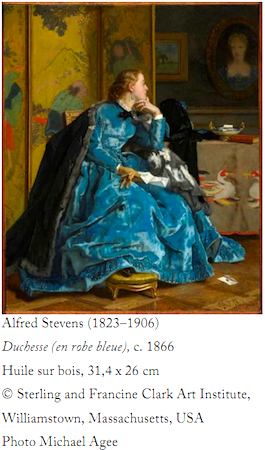 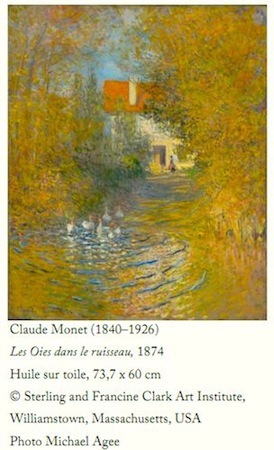 His wife, Francine, a one-time French actress, shared both his passions and his good judgment. For instance, it was at her insistence, despite his own initial hesitations, that he acquired the Toulouse-Lautrec paintings on view in Giverny.

Of course, you need more than good judgment and passion to amass a collection of Clark’s quality. You need money, a lot of money. Luckily, Sterling Clark had it from birth.

Born in 1877 into an artistically oriented and immensely rich family (his grandfather was a co-founder of the Singer sewing machine empire, the world’s leading sewing machine producer in the 19th century), he grew up in a family home in Cooperstown, New York, already studded with paintings by old masters.

He was not, however, just an idle rich kid. He went to the best schools, earned a civil engineering degree in 1899, immediately entered the army, served in China during the Boxer Rebellion and, after leaving the army in 1906, returned to China three years later as head of a scientific expedition. That experience provided him the material to write a book in 1912 about those travels.

After China, instead of returning to New York, he opted to settle in Paris. That’s where he met and eventually married Francine and began, as his parents had done, acquiring paintings, mostly old masters, to decorate their home in the French capital’s chic 16th arrondissement.

The outbreak of France’s war with Germany in 1914 led the Clarks to return to the United States with their paintings but, when America entered the war in 1917, he rejoined the army and, because of his knowledge of France and his French language skills, was sent back there as an American liaison officer with the French forces.

After the war the Clarks retained residences in both the United States and France and, until their deaths (his in 1956 and hers in 1960), they devoted much of their time to the creation and management of their museum and art institute in Williamstown. 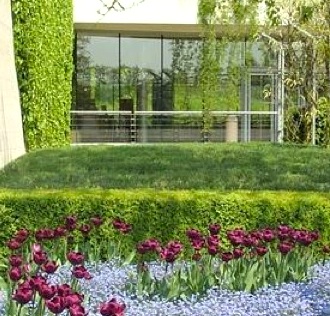 Oddly enough, the Musée des Impressionismes in Giverny originally was built in 1992 and operated by its founders, Mr. and Mrs. Daniel Terra, as a museum devoted to the display of paintings by American Impressionist painters, most of whom had been inspired or influenced in one way or another by the French impressionist movement.

The Terras, Chicago-based art collectors in their own right and owners of an immense number of works by notable American Impressionists, located their museum just a five-minute walk from the house and gardens of Claude Monet, generally considered the father of French Impressionism, precisely to increase the still-sparse knowledge in France of that shared heritage.

Little by little, however, after Dan Terra’s death in 1996, his Chicago-based foundation’s directors lost Terra’s sense of mission for the museum in France. As a result, in 2009, they relinquished, for one symbolic euro, management of the museum and its properties to a consortium of French governmental and cultural organizations.

But it could not have been done better.

Admission: €6.50 adults with discounts at site. First Sunday of each month is free

Drive: Less than 1 hour from Paris via A13 to Vernon, then Giverny (map at site)

Accessibility: Museum has good access for persons with reduced mobility 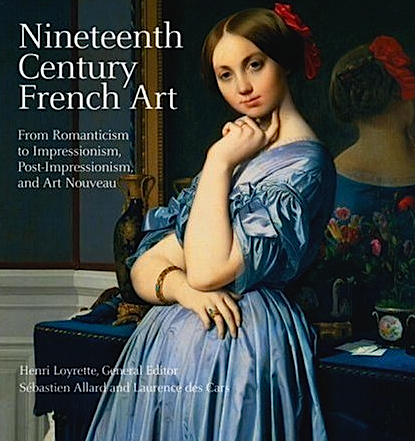 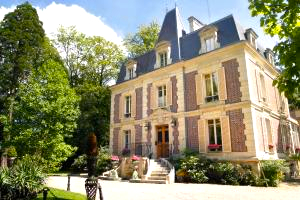 Car rentals at competitive rates, no drop fees & a 5% discount for BonjourParis.com readers who use OUR link. Bookmark & always use this AUTO EUROPE CAR RENTAL LINK link so your preferences are stored & new deals added for return visits.

Don’t overlook Auto Europe for international flights–bookmark & always use this Auto Europe Flights link for updated deals based on your preferences.