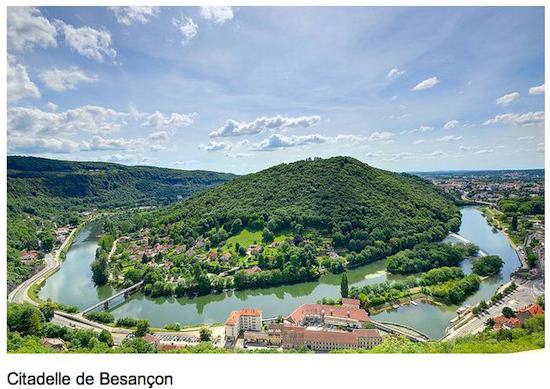 Lacking the opulence of many of its sister regions and often ignored in travel literature, Franche-Comté nevertheless offers bountiful treasures to travelers wise enough to discover it. Bordered by Lorraine to the north, Switzerland to the east and Burgundy to the west, Franche-Comté is blessed with two mountain ranges, the Jura and the Vosges. Covered by vast forests, it is a natural paradise. Yet there are also ample cities and charming villages that are a mixture of old and new. The area is perfect for slow travel by car, allowing time to explore along the route. 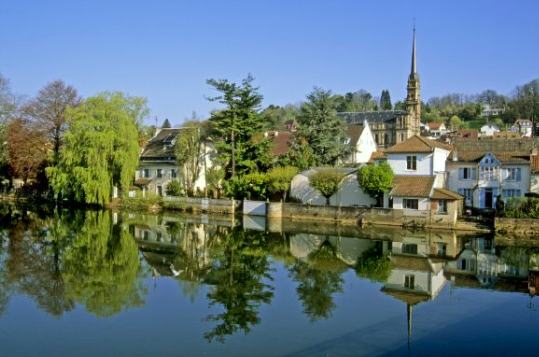 One destination is the city of Besançon. An imposing citadel built by the renowned architect Vauban stands guard over the city. Rich in cultural life, Besançon is home to the Beaux-Arts Museum—one of the country’s finest. The museum, with its neo-classical facade, includes works by Bellini, Cranach, Fragonard, Boucher, Goya and Tintoretto.

For centuries Besançon has been the center of France’s clock and watch making. A monument to this precision craft is the intricate and beautiful St. Jean astronomical clock in the bell tower of St. Jean Cathedral.

Traveling north from Besançon towards the Swiss border, you find the thriving community of Montbéliard, perhaps the most colorful and interesting city in all of Franche-Comté. The strong Germanic ties are quite evident, and can be traced back to the 16th century when it was under the rule of Ferdinand I of Württemberg. It was annexed to France in 1774.

The Germanic influence on Montbéliard is seen in its brightly colored Renaissance houses lining entire streets, dotted occasionally by a somber church or a public building. Montbéliard has been home to the Peugeot dynasty since 1810, which contributed to the area’s prosperity. 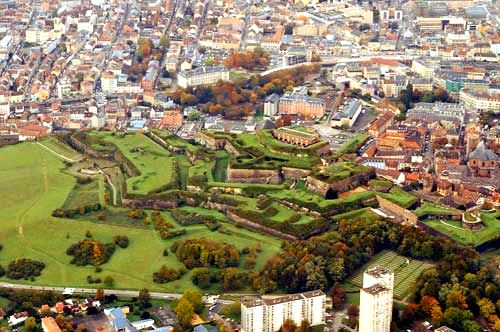 The Fortress City of Belfort is another must-see. Located on the doorstep of Alsace, it guards the natural passage between the valleys of the Rhone and the Rhine Rivers. Visible for miles is Belfort’s most dominating structure: the hilltop citadel built in 1687. It, too, is a masterpiece of the great military architect Vauban. Beneath the ramparts is the city’s symbol, a massive stone Belfort Lion that commemorates the heroic local resistance to German invaders during the Franco-Prussian War of 1870. The symbolism is the creation of Frédéric-Auguste Bartholdi, who also designed the Statue of Liberty. 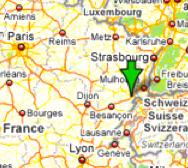 Belfort is itself a mixture of the old and the new. The centrally located Place d’Armes is known for its inviting bars and restaurants. Other historic structures include St. Christophe Church, the Hôtel de Ville, and the “Quand Même” statue, erected in 1884 on the square in memory of the siege of 1870-71. Not far from old town stands a futuristic new congress hall and civic center, symbolizing the city’s (and the region’s) move towards the future.

Links above will help you plan a complete self-guided itinerary.

The region is about 4.5 hours east of Paris by car from Gare Montparnasse.

Adam Weiner is an editorial assistant for BonjourParis.

France Miniature: Not Just for Kids