Les Américains might still be teetotalers if it weren’t for Champagne Charles Heidsieck, who filled flutes to the brim across the Atlantic rimacross the Atlantic rim when he visited the Etats-Unis. The Age of Innocence didn’t know what hit them when the fun-loving francophone Charles Heidsieck swaggered onto the haute New York City society scene with bottles of bubbly tucked under his arm.

The eponymously named son of a champagne merchant, Charles was appalled to notice while on his grand tour of Nouvelle Angleterre et Nouvelle York that the swank fetes he attended from Back Bay to the Breakers to the Upper East Side were bereft of bubbly. Coming from a long family tradition of never-one-to-miss-an-opportunity (his father, after all, was famous for riding ahead of Napoleon with cases of champagne to sell for the famed victory parties) he immediately saw the potential for exporting his French family brew to the United States and considered it to be his life’s mission to inebriate the American bourgeois. And once he plied heirs and heiresses with their first “taste of the stars” they thought he’d hung the moon. 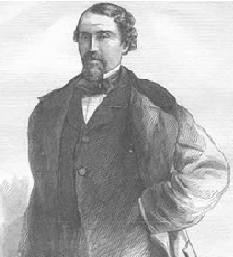 Charles quickly found a sales agent to help him import champagne from his home near Reims to the nouveau monde. Parades and banquets were held in his honor with corks popping and pomp and circumstance following him wherever he went. The New York Times sang his praises, giving the type of publicity the PR agencies representing champagne houses today pray for. Almost overnight, Champagne Charlie was living the American Dream.

The Yankees didn’t have a monopoly on Heidsieck and despite the brewing tensions between the North and South, the libations introduced in Manhattan slipped their way south into the seaside mansions of Charleston, debutante b alls in Savannah and cotillions in Memphis. A formal dinner wasn’t considered dinner in New Orleans without some champagne and in Atlanta plantations wouldn’t be caught dead without having bubbly on hand. Frankly, my dear, everyone who was anyone gave a damn about this nouveau import called champagne.

And while all’s well that ends well, Heidsieck’s road to success wasn’t simply smooth sailing. While America stayed enamored with the golden god Charlie introduced, he fell from good graces when he was accused of being a spy and subsequently imprisoned. In a life story that reminds one they should always choose their business partners wisely, Heidsick was betrayed by the agent whom he’d hired to roll out the bottle of bubbly to the American market.

orted heavily from France to America and more than half his family fortune was tied up overseas. His sales agent loved the success the importation of champagne had brought him, but he got greedy and felt he should be getting more recognition and funds from the sale of champagne than he was currently receiving. When the Civil War erupted it provided the perfect excuse to knock Charlie from his pedestal and to pad his own pockets. The agent twisted a law meant to restrict the movement of funds between the North and South to apply to the importation of products from abroad, leaving Heidsieck up the proverbial creek without a paddle and penniless. Charles’s only hope was that the Southerners had more morals than his New York sales agent.

Going South, Champagne Charlie prayed the Southern merchants who had received his champagne would be willing to pay him directly. And while their hearts might have been willing, their pocketbooks weren’t—the South was nearly bankrupt by the war and incapable of paying their debts. Even worse, Charles discovered that the routes back to the north were sealed and he had no choice but to return to La République with his tail between his legs. To facilitate his passage, the French Consul asked Heidsieck to deliver a diplomatic pouch on his behalf, and in a move that can only be described as kicking a dog when he’s down, the diplomatic pouch was seized by the Union. Heidsieck—a man beloved by America—was accused of spying for both the Confederacy and the French government. Tossed in the slammer, his pleas of innocence and ignorance of the pouch’s contents were ignored. 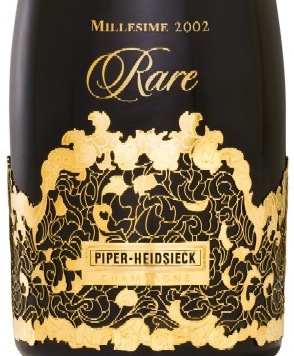 Fortunately for Charlie, he was a well-connected chap and word of his unfair imprisonment leaked. Before long President Abraham Lincoln and the French Emperor Napoleon III were embroiled in deep conversations over “The Heidsieck Incident”. While discussions over his release prevailed, Heidsieck’s health failed as he was denied his daily elixir of champagne. His family was nearly bankrupt by the incident and began selling plots of valuable land in the Champagne region to pay Heidsieck’s debts and upon his release from prison for his safe passage to France. And that might have been the end of the story, had it not been for an American missionary who approached Charles a few years later while he convalesced in France with a letter he’d been asked to hand-deliver across the pond.

The brother of Heidsieck’s former sales agent in New York was ashamed of his brother’s actions that had cheated Heidsieck out of his income and led indirectly to his imprisonment simply for being at the wrong place at the wrong time with the wrong message in his pocket. As a gift of reconciliation, the agent’s brother offered Heidsieck a stack of deeds granting him 1/3 ownership of a tiny village in Colorado. And while initially Heidsieck scoffed, that tiny village became one of the largest and wealthiest cities on the American frontier and, with the proceeds Champagne Charlie earned by selling his deeds to Denver, he was able to relaunch his champagne house. Today, over 120 years after Champagne Charlie’s death, Piper-Heidsieck is one of the premier champagne houses in France and America still has a love affair with champagne.