Paris at the U.S. Open: Gaël Monfils Dominating the Courts 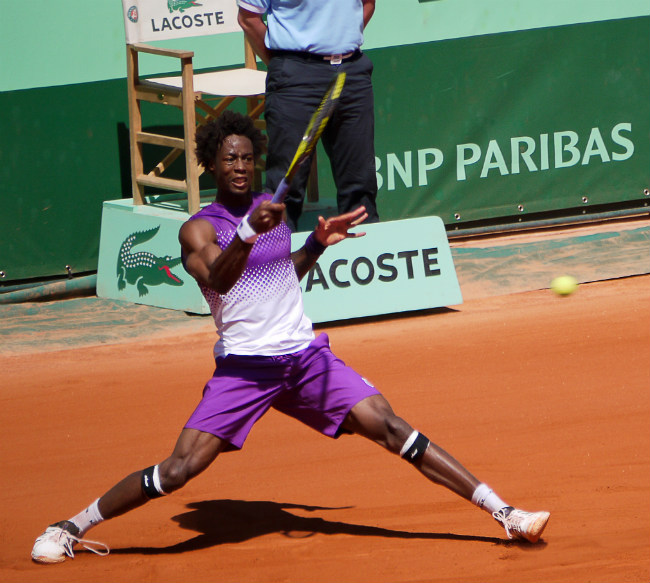 As summer comes to an end, it signals the beginning of many things: shorter days, school supplies shopping, the return of pumpkin-flavored things, and the disturbing realization that Christmas will be here in a flash.

The end of summer also means the U.S. Open at Arthur Ashe Stadium in Flushing, just outside of New York City.

Arthur Ashe is the favorite tennis player of, and role model to, the masterful tennis player – and native Parisian – Gaël Monfils (he now resides in Trélex, Switzerland). Gaël Monfils is known for his showmanship, his jumps, his slides, and his self-confidence.

Ashe, a world number one tennis player who won three Grand Slams, was the first black player to be chosen for the U.S. Davis Cup Team. Ashe was known not only as a tennis champion, but also an advocate and unofficial spokesman for AIDs awareness and research. 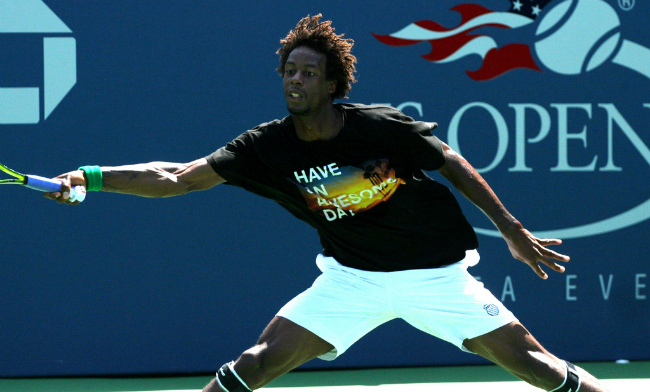 Gaël Monfils at the US Open in 2011. Photo Credit: robbiesaurus/Flickr

Monfils squared off against countryman Lucas Pouille (born in Grande-Synthe, France) in the afternoon of September 6 for the mens quarterfinals. Leading up to their match, Monfils had won every single game he played in at the Open this year.

Pouille, decked out in hot pink shorts and a matching baseball cap and shoes, couldn’t keep up with Monfils’ incomparable speed, agility, and – it goes without saying – entertainment value. Monfils started strong and dominated throughout, leading to a straight set victory over Pouille; 3 sets to none!

Later that evening, Frenchman Jo-Wilfried Tsonga (born in Le Mans, France), played against Serbian tennis player (and currently ranked world number one in men’s singles), Novak Doković. Tsonga won all his matches leading up to the September 6 match, but failed to take this one.

Nicolas Mahut from Angers played against Japan’s Kei Nishikori, who won their match on September 3. And French Caroline Garcia (from Saint-Germain-en-Laye), who plays women’s singles, lost to Poland’s Agnieszka Radwańska on September 3. 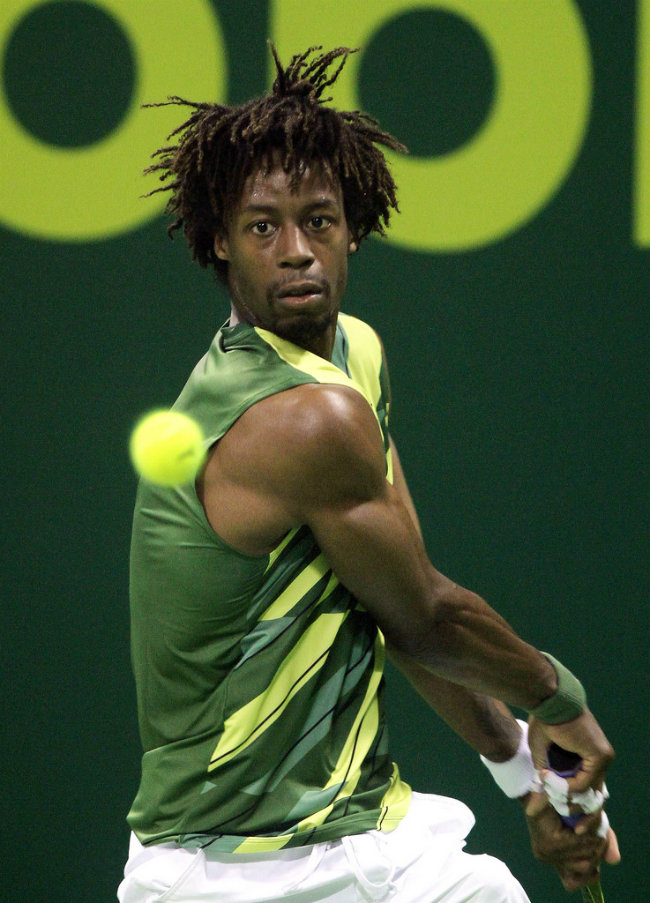 Gael Monfils during the final of the Qatar Exxonmobil Open in Doha. Photo: Doha Stadium Plus Qatar/ Flickr