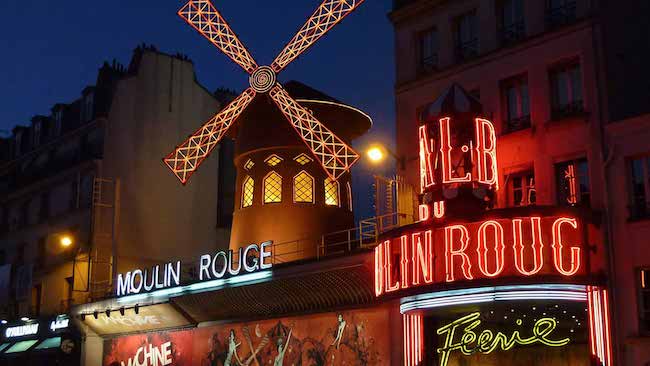 While no self-respecting Francophile would deny knowledge of the Moulin Rouge, how much did you know about the best cabaret-themed hotels nearby – all within easy walking distance of the iconic windmill itself? Here are my top picks for a place to rest your head after a night of entertainment:

While Pigalle is the mini-city that never sleeps, with packed night-buses on constant rotation on the Boulevard de Clichy and a hub of action centered around the windmill, this hotel is perfect for those who prefer peace and quiet after the show. Hidden away on a secluded little side street that seems a million miles from the action, its deceptively diminutive façade belies one of Paris’s best kept secrets for cabaret fans.

The lobby has an almost theatrical vibe, boasting crimson velvet furnishings and mirrored walls. Some areas are kitted out like a miniature Moulin Rouge – all that’s missing is a stage! Rooms are unapologetically brash shades of yellow, blue and red, while walls are plastered with illustrations of vintage French royalty figures and cabaret scenes. Spot a caricature of the Joker in one hallway and Palace of Versailles style depictions of women brandishing concertina fans in another.

While it’s a feast for your eyes, you’ll never need to plug your ears because, at night, it’s the embodiment of serenity.

A quirky, artistic hotel that is unjustly under-rated, it so far lacks the prominent place it deserves in the guidebooks. Yet as one of the city’s best kept secrets, it’s one to book before the crowds catch on.

A mere few doors down from the venue, this hotel guarantees a safe and well-lit journey back to your room, avoiding the expense of a taxi or the need to wander through Pigalle’s back-streets after dark. Besides the convenient location, the building also has historical credentials – it was once home to the Chat Noir cabaret, which was revolutionary in its day. It was so famed that it inspired imitators all over Europe, including St Petersburg’s parodic and slightly feebly titled “Stray Dog Club”! Many decades ago, Toulouse-Lautrec would frequent the Chat Noir just as much as the Moulin Rouge. While the hotel sits in the location of the cabaret’s third incarnation rather than the place where it all began on Boulevard Rochechouart, the history here is impressive nonetheless. 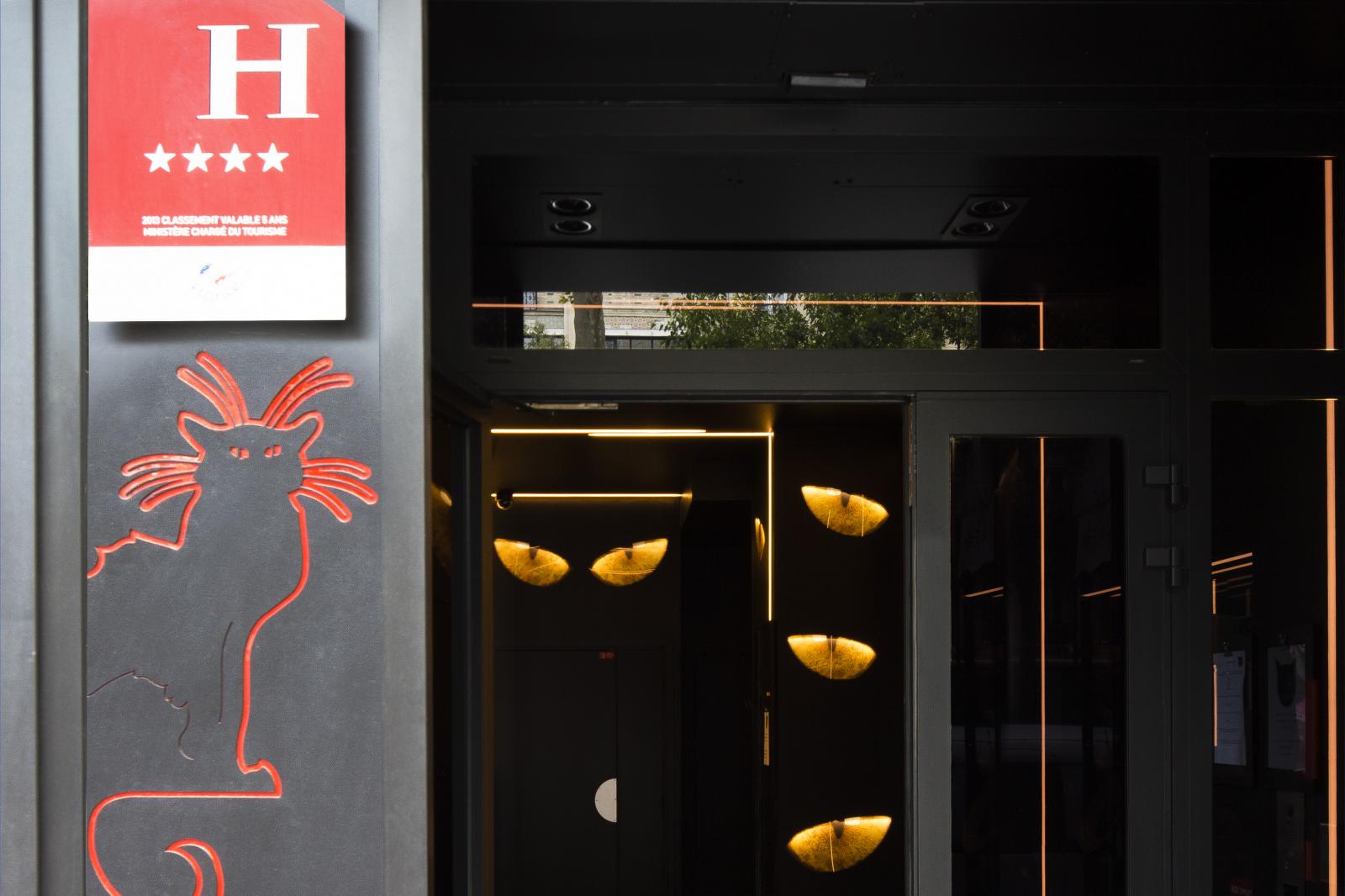 For splurges, the “Mega Feline” duplex apartment offers balconies across two floors, boasting the kind of panoramas that enchanted Van Gogh and inspired his paintings. The Eiffel Tower will twinkle brightly in the distance all night, while the Sacré-Cœur at sunrise will greet early risers. However, even the smallest single rooms have a balcony here, plus cute and characterful cat figurines beside the bed. 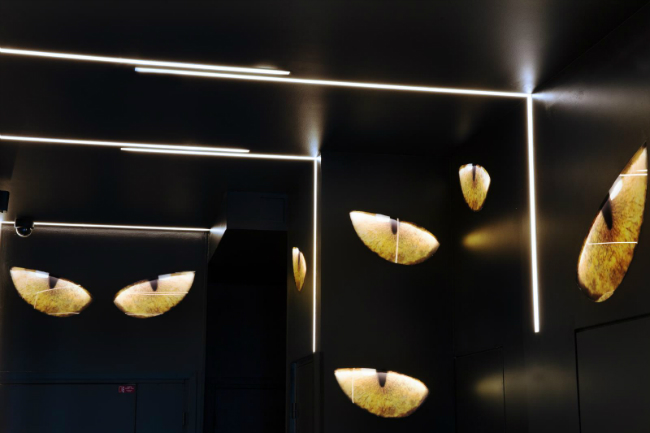 Besides these two top contenders on my favorites list, here’s a brief round-up of the best of the rest:

The obvious choice for cabaret enthusiasts is to head straight to the Moulin Rouge-themed room. Its deep red curtains and walls set a romantic and vampy mood, while the cabaret poster by the bed leaves no doubt as to which legendary show inspired it. Other perks include the “Rainfall” hydro-jet massage shower and the mood lighting. Pricey, but perfect. 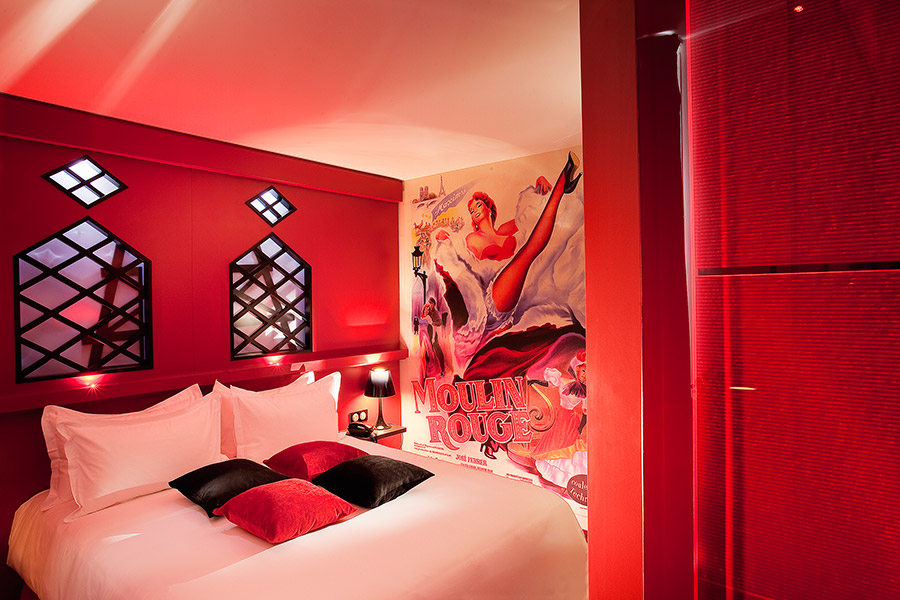 For those who do not require delicate décor or beauty in a hotel, but are simply looking for a perfectly-placed location to rest their head, Moulin Plaza is the best budget option – and it boasts a direct view over the Moulin Rouge. Rooms are no-frills and noise might be a bugbear, but for those who like the nightlife, it’s perhaps the most convenient choice. 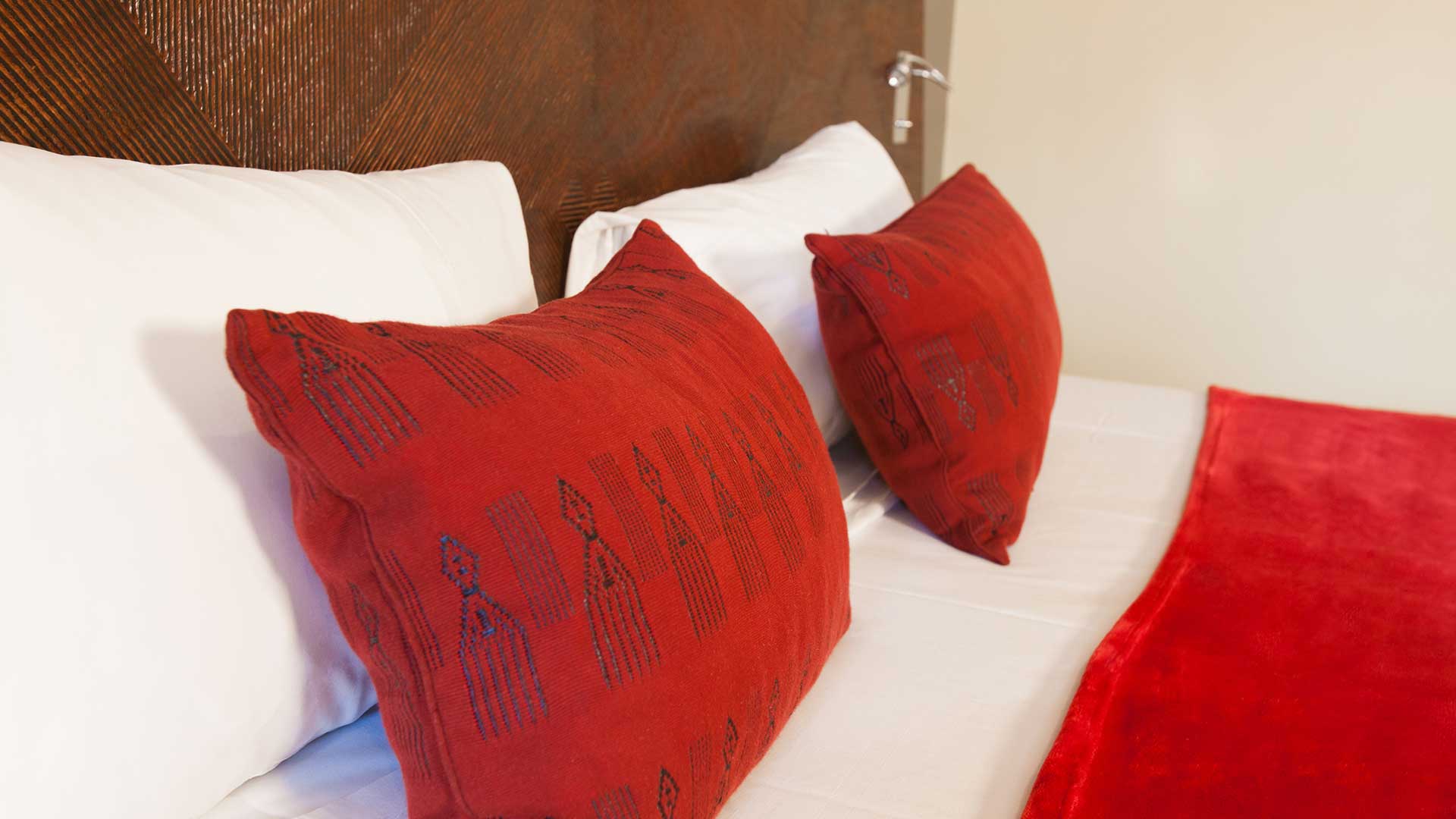 The Beaumont is a tiny, unassuming hotel of just 19 rooms, but it hides an intriguing secret. Merely 50 meters away from the Moulin Rouge, secret passageways apparently once existed, allowing showgirls and revelers to travel directly and discreetly from the hotel to the stage. Plus just four doors down from this abode lies the official Moulin Rouge merchandise store. 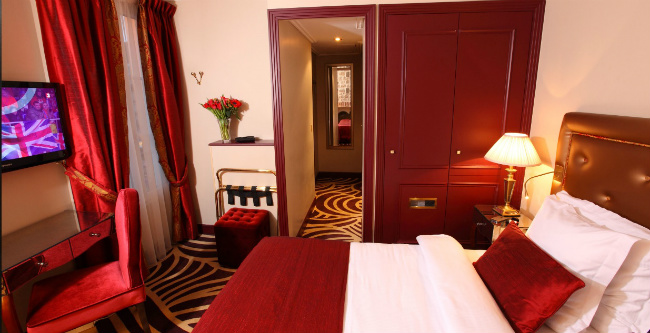 A Gift from the Gods: The History of Chocolate, from Mesoamerica to Paris Boutiques