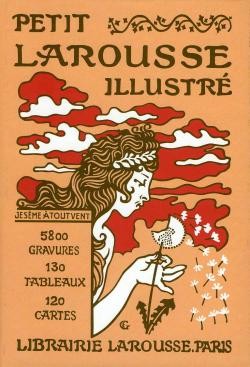 If dandelions could speak

Who hasn’t, as a child, blown on a dandelion’s silky seeds and watched them float off into the breeze?  Larousse, by the famous dictionary of the same name, has long chosen the dandelion as a metaphore for its abilty to adapt and reproduce in all sorts of soil.  As for the plant itself, the ancient Greek name Taraxacum means “cure for eye infections”.  A member of the aster family, the plant was, and still is, known for treating occular inflamations.  English adopted “dandelion” from the less common French term “dent-de-lion” (lion’s tooth).  With over 1200 varieties throughout Europe alone and some 50 varieties in France, the dandelion, more commonly known as “pissenlit” (pee-in-bed) because of its natural cleansing qualities, is as symbolic in France to the month of February, as a swallow is to the coming of spring. 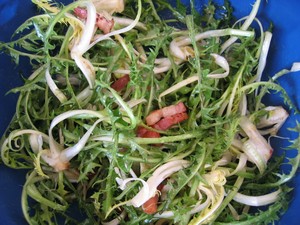 Ever so slightly bitter, rich in iron, vitamin A  – 700 times more than pears, 70 times more than oranges and twice that of spinach – as well as vitamins B1, B2, C , E and numerous minerals, dandelions have the advantage of sprouting while winter frost still covers the ground.  Not only are they sold in both open-air markets and in the fresh produce section of supermarkets here in France, but you can buy seeds and sow them in your vegetable garden!  As for the wild variety, from overturned flower pots to stacks of wood,  much like hunting for Easter eggs, all dark corners of the garden become prized hiding places.  For we dandelion fans, even mole hills are a positive element! The finely overturned soil protects the roots and allows the sprouts to remain a tender green.  But don’t be fooled, the dandelions cropping up in your front lawn or back yard are just as good as those growing here on the edge of our Burgundy forest.

1600s painting of a chimney pot and cremaillère by Jos Goemaer

Housewarming parties are a popular part of French culture. Called “pendre la cremaillère” or hanging out the chimney-pot,  the cremaillère isn’t the pot itself, but, instead,  the metal rod that holds the pot at any given distance above the fire.  Such things do still exist here in the French countryside.  Here in Burgundy and in our nearby Franche Comté region, famous for its “Comté” cheese, the dandilion is called “cramailot” because dandelion leaves are indented just like those of the cremaillère. The term “cramailot” has, in turn, given its name to something called “crameillotte” or dandelion jelly. 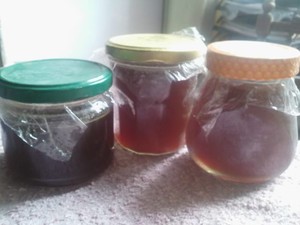 Using dandelions as a drink

Dandelion roots can be torrified and used as a substitute for coffee, something like chickory or the flowers can be used, like tea, as an infusion.  They can also be used to make an alcohol called “dandelion wine”.  If you’re tempted by the latter, you’ll find the recipe here. 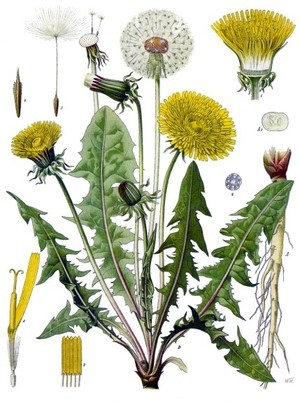 Ruderalia, one of 11 varieties of Taraxacum

So, the next time you’re “fed up” trying to get rid of that pesty dandelion spoiling your lawn, why not dig out the villain and try eating  or drinking it?  Not only will Nature thank you for avoiding a weed killer, but your health will smile at all for all of that “natural” wisdom.