The Wallace Fountain, in Color 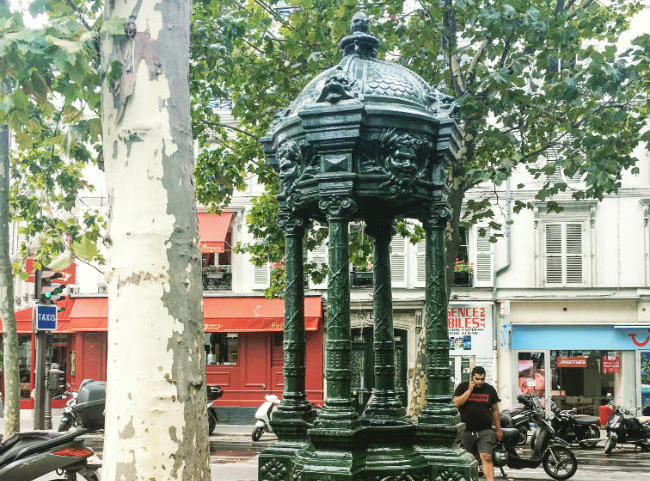 If you have visited Paris, you will have seen the ubiquitous Wallace Fountain standing in every park, and many a corner. You will have read about the history of the fountains on Bonjour Paris, you might even know that apart from the classical version with four caryatids holding the roof, there are also versions with plain columns, and smaller fountains mounted on walls, or miniature fountains in parks. But all versions are always held in the elegant, and unobtrusive, British Racing Green color. Or are they?

In the 13th arrondissement, an area not necessarily high on the agenda of visitors, but popular with students, home to one of the city’s Chinatowns, and a haven for street art with gigantic murals covering entire apartment blocks, the council decided to liven things up a little.

In Chinatown, along Avenue d’Ivry, you’ll find a bright red model. The red color probably chosen because it is a lucky color in China. 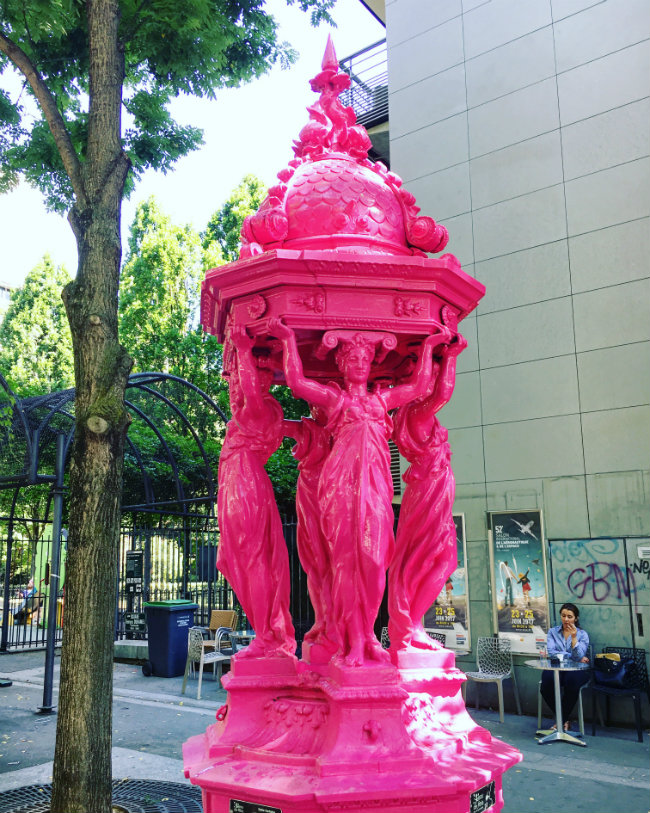 Between the RER and Metro station Bibliotheque François Mitterand and the river, you can find a shocking pink version on Rue Jean-Anouilh, whereas nearby, nestled in amongst university buildings on Esplanade Pierre-Vidal-Naquet stands a vivid yellow example. 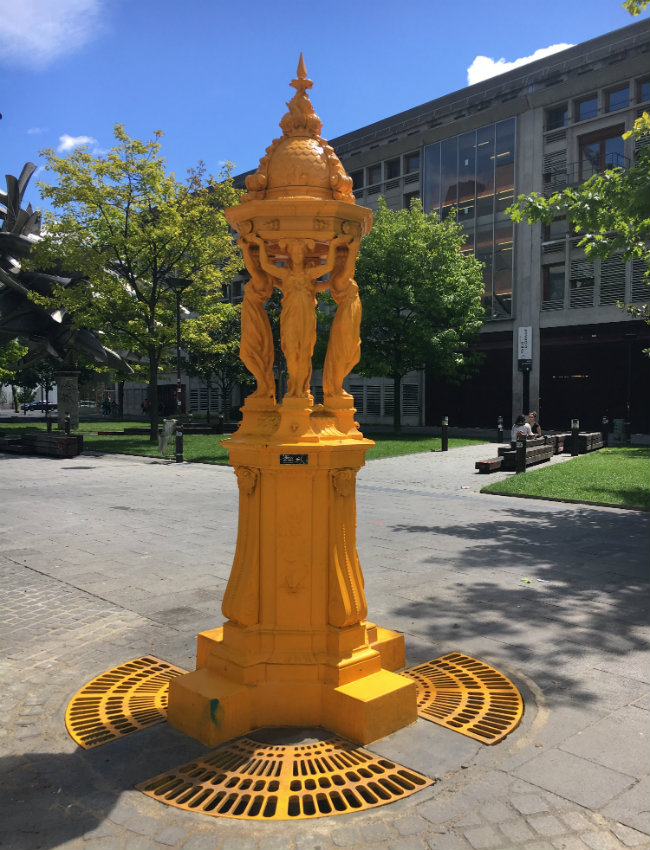 Further in the heart of the 13th arrondissement, you will also find a beautiful blue fountain, on Rue Brillat-Savarin.

There was once, briefly, a white Wallace Fountain in the 3rd arrondissement, on the Passage au Pont aux Biches, but I have a feeling that was due to a private artistic endeavor, rather than a council decision, and it has now been returned to the traditional dark green color. Shame really.

Have you spotted any other colors around the city? Which one is your favorite?

Previous Article The Eiffel Tower: The Largest Renovation Project in its History
Next Article Favorite Museums in Paris: Our Experts Share Recommendations