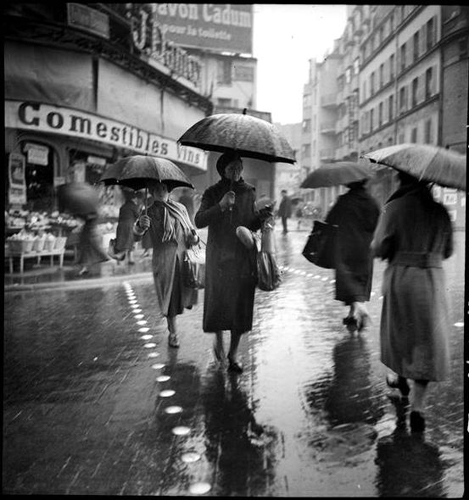 This photo of rainy Paris was taken in the 1930s by French Slovak photographer François Kollar. He immigrated to France at the age of 20 and became interested in photography several years later while working in an art reproduction studio. He worked in fashion and advertising, his work appearing in publications like Vu and Harper’s Bazaar. Kollar also photographed the likes of Coco Chanel and Jean Cocteau. This image is a beautiful capture of daily life in 1930s Paris, where the central figure is frozen for an instant, encircled by the fluttering movements of la vie quotidienne.