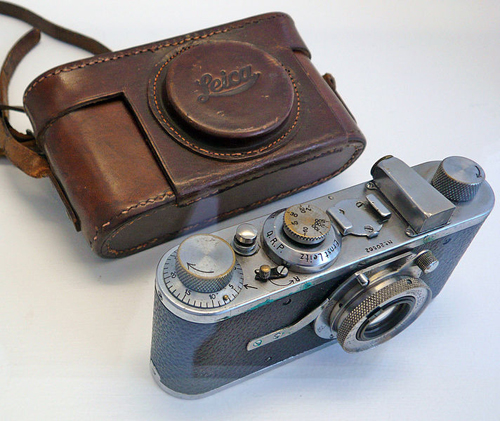 This week’s photo gives us a glimpse at Henri Cartier-Bresson’s first Leica, the Leica I, which had a shutter speed range of 1/20 to 1/500 of a second. The French photographer, known as the ‘father of photojournalism’, bought and began using the Leica in Marseille in the early 1930s. He was spending time with the Surrealists and became interested in the temporal aspects of photography. Much of his early work, including early paintings and sketches, are currently being exhibited at the Centre Pompidou in Paris. The exhibition gives and extensive chronological look at Cartier-Bresson’s work. For more information on the exhibition, see here.

Let it Snow in Paris: Photos from the City of Light,...