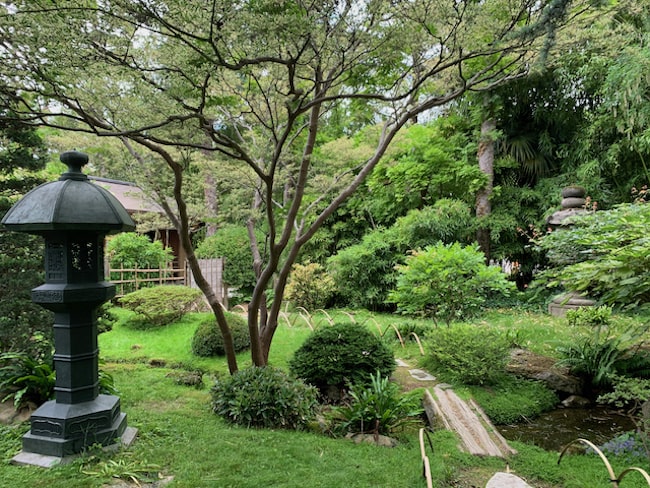 Paris has the gift of surprising you at every corner, but little did I know when I hopped on metro line 10, heading west to Boulogne-Billancourt, that at the end of that short trip, to reach the recently reopened Jardin Albert Kahn, I’d find myself transported back in time and across the oceans, all the way to Japan.

Albert Kahn was born in Alsace in 1860, in a modest Jewish family. Very bright, he moved to Paris to apprentice as a bank clerk, while continuing his studies in the evening, under the guidance of philosopher Henri Bergson. While furthering his position within the company, he quietly pursued his own investments, so successfully that in 1898 he founded his own investment company. 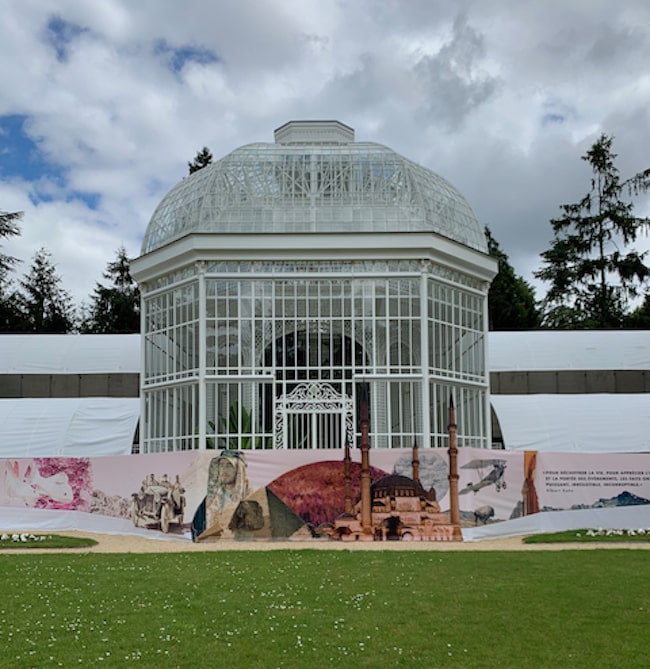 All the while, he moved in the most intellectually stimulating and progressive Parisian circles, and founded several charitable foundations focusing on cultural exchanges as a means to avert conflict. An avid traveler himself, he discovered Japan in the course of a round-the-world trip, documented by thousands of photographs and dozens of film reels.

Residing all his adult life in Boulogne-Billancourt, over the course of several years he purchased various plots of land around his mansion, with the aim of recreating the more and the less exotic gardens he had visited in the course of his travels. 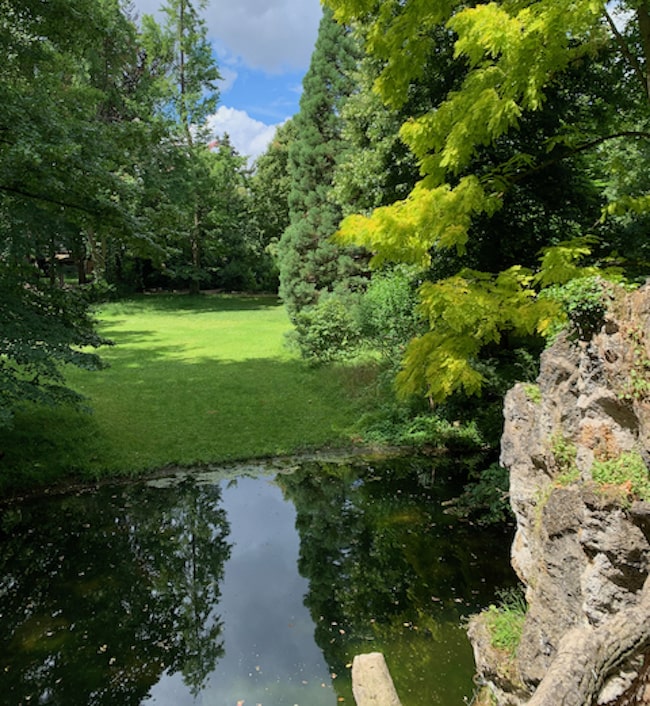 Sadly, 1929 and the stock market crash had the better of Kahn’s fortune, but thankfully his gardens survived him and his riches– offering us today a peaceful corner of Japan on our Parisian doorstep.

In the early hours of the morning, when the heat is not unbearable yet, I wandered along the meandering alleys. The various shades of green stood out against the red of the elegantly arched wooden bridge crossing a small stream, my steps accompanied by the soothing sound of the waterfall in the background. The Japanese garden offers both traditional points of view but also a more modern take on the art of oriental garden design. It might be that there were no other visitors while I was there, but at any moment I expected to turn around and see a Japanese geisha walking by. 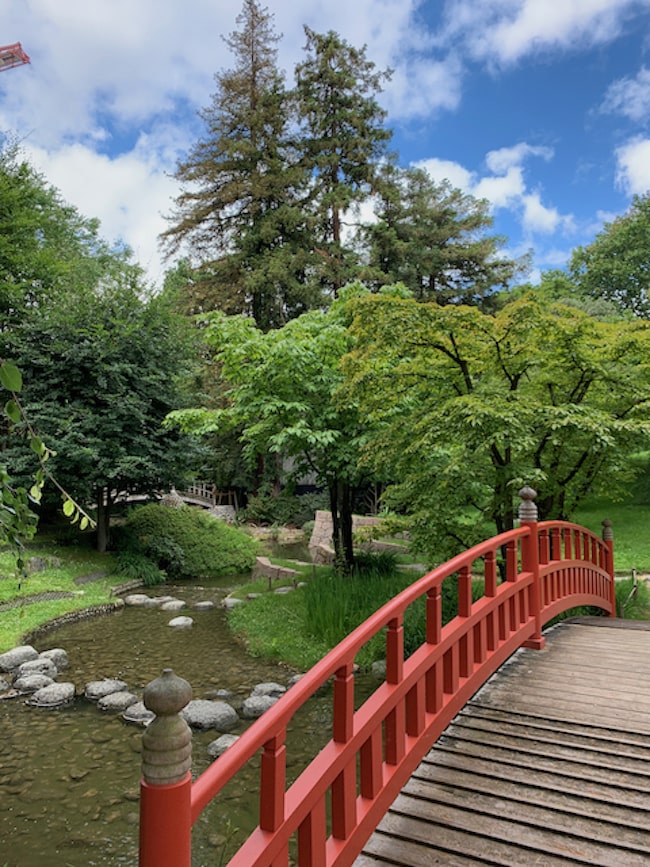 As I progressed, I suddenly found myself back in France, exploring a rose garden and an orchard, their severe geometric lines softened by the pink of the flowers and the pale yellow of the apples reaching maturity. The contrast with the exoticism of what I had seen before felt almost too strong, so I hurried along to the English garden, where the lines are gentler and more poetic. 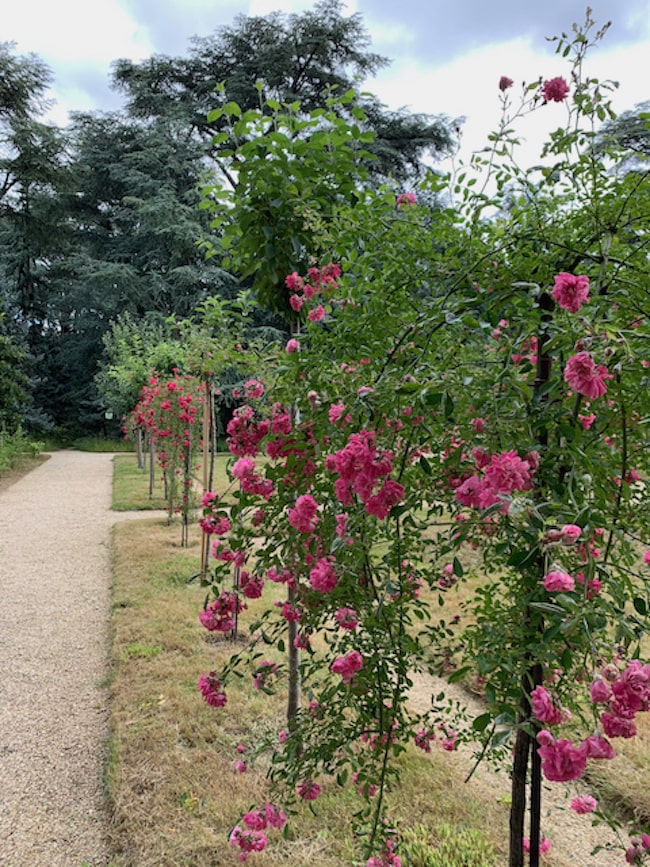 The majestic hothouse, its Victorian lines reminding me of the Crystal Palace, was still closed for refurbishment. It will soon welcome a café and temporary exhibitions, but in the meanwhile the boarded up windows displayed a portrait of Monsieur Kahn (he looks like a tropical explorer version of Santa Claus) and pictures of a bygone world, captured in the course of his travels.

My journey ended in the forest, monumental blue firs towering above me, birds chirping the only sound I could hear, even if the city is just a stone’s throw away. I found a corner to sit down, grateful for the cool shade on this hot August morning, but most of all absorbing the extraordinary sense of peace exuding from this place. 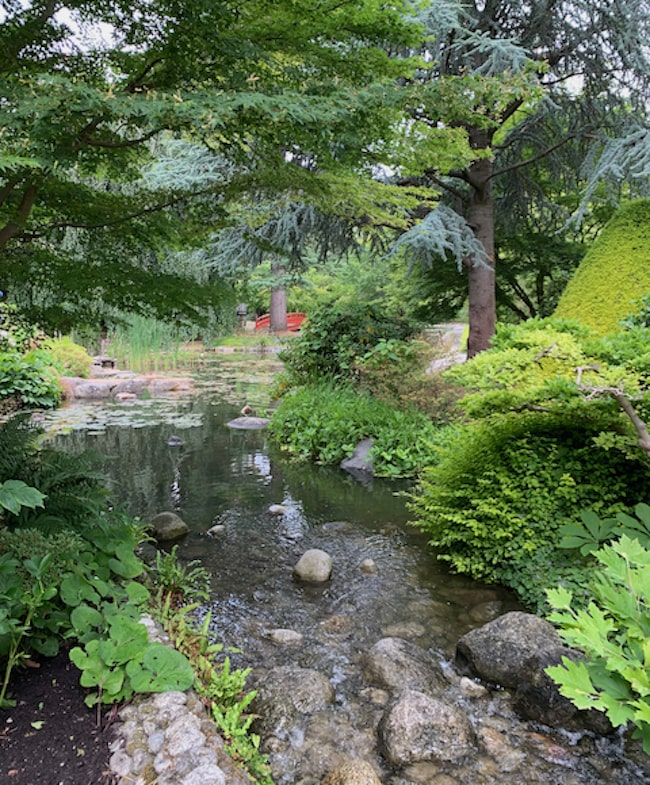 For Albert Kahn, traveling to remote countries to discover new cultures and traditions, was the surest way to avoid conflict, in a world that had just witnessed the greatest carnage ever with the Great War. Exploring the extraordinary gardens he created reminded me of the transformative power of travel, and that resonated all the more poignantly in this not-so-normal summer of travel restrictions.

“I only ask one thing of you, that you keep your eyes wide open,” wrote Mr Kahn to one of his protégés, whose study-travels to the Far East he was sponsoring. I kept mine wide open in the gardens he built, and for a little while my wanderlust subsided. 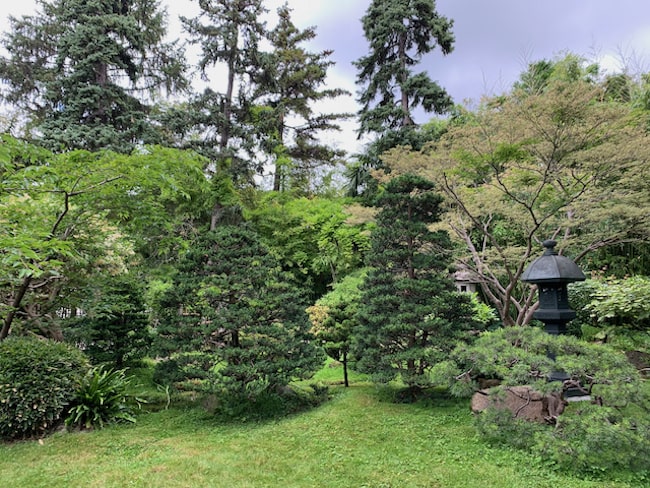 Previous Article Stéphane Mallarmé: Poetry in a Time of Dislocation
Next Article The Monsieur George Hotel in Paris