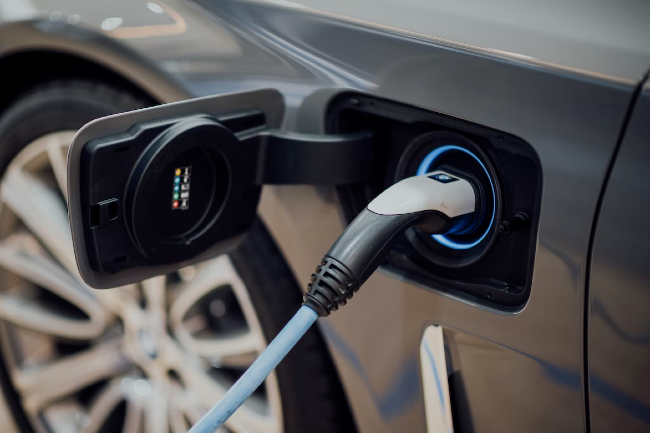 The national weather agency reported that France had the hottest October since records started in 1900. Beach resorts across the country extended their season, and Parisians donned their summer wardrobes. Bordeaux even reached temperatures of 30 degrees Celsius (86 degrees Fahrenheit). As explained by Guardian correspondent Kim Willsher, “For the first time in 140 years, the village of Mouthe – officially recognized as France’s coldest – reported a frost-free October. A temperate autumn is additional proof of the reality of the climate crisis, weather experts say.”

An “extraordinary sale” recently took place at the Drouot auction house and you have to hear about this. France’s finance ministry auctioned off contraband seized at customs, including uncut diamonds, designer handbags, platinum bars, and 2,016 bottles of vodka. As reported by the Guardian, “the 14 platinum bars weighing 1kg each and stamped ‘Crédit Suisse’ were reportedly discovered by French customs officials in the baggage of two people traveling to the UK who claimed they were working for a Paris business.” (For more about the Drouot auction house, where you can find treasures and curiosities for every budget, check out our recent article here.)

Speaking of luxury items, Cartier has reopened its Parisian flagship after two years of renovation work. As explained by The New York Times, “From the moment its flagship store opened in 1899, at 13 Rue de la Paix in the Second Arrondissement, Cartier’s identity has been linked to that building. It was here that Alfred Cartier and his eldest son, Louis, settled the family business — close to Place Vendôme and the fashionable Opéra Garnier, in the heart of the capital’s nascent luxury district — a first step in Cartier’s journey to becoming an international luxury powerhouse.” Behind the Neo-Classical facade, the store is now a large open space with a glass ceiling atrium. The idea is to add light and to allow visitors to move freely in the store. “Twelve master artisans and 40 workshops specializing in lacquer, woodwork, stonework, mosaics, metalwork and stucco work teamed up to create the interior array of decorative elements and bespoke furnishings.”

France will open a huge new lithium mine which could supply 700,000 electric car batteries a year. To be operational by 2028, the mine will be located on the site of the existing Beauvoir kaolin quarry in Central France. Surveys have indicated that it contains as much as one million tons of lithium, an important component in the creation of electric cars. The new mine would make France the leading supplier of lithium in Europe.

As reported by Euronews, “To achieve climate neutrality by mid-century, the EU will require 18 times more lithium than it currently uses by 2030 and almost 60 times more by 2050. But Europe only has one operational lithium mine, in Portugal, meaning it relies heavily on imports. The EU imports 78 per cent of its lithium from Chile, while the US and Russia provide 8 per cent and 4 per cent respectively. European Commission President Ursula von der Leyen said last month that ‘lithium and rare earths will soon be more important than oil and gas.’ ” However, mining can have terrible environmental consequences, which is ironic given that lithium powers the electric cars that are being promoted to reduce carbon emissions.

Legendary French painter Pierre Soulages passed away in late October at the age of 102. A national tribute was held recently at the Louvre museum, presided over by President Emmanuel Macron. As reported by France 24, “Soulages was revered by many modern art fans around the world for his paintings in various shades of black. Such ceremonies for icons of French culture tend to be held at the Hôtel des Invalides. But the Louvre courtyard has hosted national tributes for renowned artistic figures in the past, including architect Le Corbusier in 1965 and novelist André Malraux in 1976.”

In the world of sports, the Paris Masters — the world’s biggest indoor tennis tournament — wrapped on Sunday with a shocking victory. The unseeded player Holger Rune, a 19-year-old from Denmark, upset Novak Djokovic to claim the title. Playing in his first Masters 1000 final, Rune won 3-6 6-3 7-5 against the 21-time grand slam champion. As reported by CNN, “The victory makes Rune the youngest champion in Paris since Boris Becker in 1986 and sees him enter the top 10 of the world rankings for the first time. ‘I want to start by saying huge congrats to Novak also,’ he said to Djokovic, who is 16 years his senior, in his post-match interview. ‘You’re one of my favourite players, I’ve been watching you since I was a little kid, practicing with you. It’s a pleasure to be able to share the court with you now.’ ”

Calling all cycling fans. The Tour de France has unveiled the official route for the 2023 race. Starting in Bilbao in the Basque Country on July 1, 2023, the course will move east to the Puy de Dôme in the Massif Central, then onto the tough mountain stages in the Alps, before concluding with the processional stage into Paris. Some French regions (including the Hauts-de-France, Brittany and Normandy) are completely left off the map. It’s a “ready-made race for climbers,” says VeloNews. “It features four summit finishes – and a heap of other climbing tests besides – and just a single time trial, which is also an uphill test at Combloux in the northern Alps, where most of the critical mountain action will be focused.”

Previous Article November News: Where to Eat in Paris
Next Article Feasting in the 9th Arrondissement: The Complete Guide