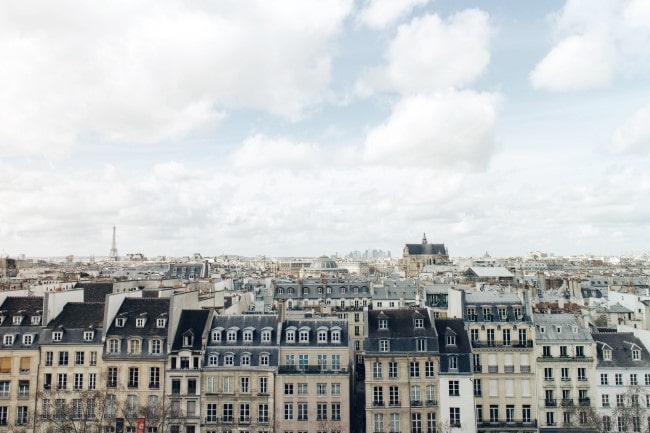 France lifted most Covid-19 restrictions on Monday. Face masks are no longer required for indoor venues, except for on public transport, hospitals and in care homes for the elderly. The vaccine pass has also been waived to access restaurants and museums. However a recent rise in infections has made some specialists and hospital workers claiming that it’s too soon to ease these health measures. As reported by France 24, “the number of new infections topped 73,000 on Friday, up from 60,000 a week before. The more accurate 7-day average pointed to almost 70,000 new cases per day – a 20% increase week-on-week.” But with the French presidential election just weeks away, the government is sticking to the timetable for lifting Covid restrictions.

Meanwhile the presidential election has been largely eclipsed by the war in Ukraine. France welcomed the European heads of state to Versailles for crisis talks last week, and President Macron continues efforts to secure a ceasefire from Putin. In the run-up to the election, tens of thousands of people joined countrywide protests on Saturday to urge politicians to address the climate crisis. Macron has seen a spike in opinion polls; his closest rival is far-right candidate Marine Le Pen who is trying for a third time for the presidency. If Macron wins, he would be the first French president in two decades to win a second term. In other news, a man cracked an egg on the head of far-right presidential candidate Eric Zemmour when he arrived for a meeting in Moissac in southwest France.

Could there soon be an aerial cable car system in Paris? CNN reports that plans are in the works for “a brand new 4.5 kilometer-long aerial tramway connecting various suburbs in the southeast to the Paris Metro.” Construction is expected to start later this year with an expected launch date of 2025. Specifically, “the “Cable 1” project will travel from the Parisian suburb of Villeneuve-Saint-Georges to the Pointe du Lac station in Creteil in the Île-de-France region within just 17 minutes, less than half the time the journey would take on a bus.” This innovative public transport, with an estimated cost of €132 million (around $145 million), would serve 1,000 people a day, with 30 seconds between cabins at peak times.

There’s nothing better than Paris in the springtime. The cherry trees are starting to blossom, the magnolia tress are in bloom in the Palais Royal, and the Jardin du Luxembourg is full of pretty colors. It’s not just the parks and gardens that are flowering beautifully. The Parisian chocolate shops are also showing off their amazing creations for Easter, which is one of the biggest events of the year for the chocolatiers. More on that in an upcoming dedicated article (we’ll give you all the tips on where to shop) but in the meantime, take a look at some of the creations by star pastry chef Sébastien Gaudard, who’s taking us back to childhood with his collection of classic gourmet specialties.

The spring has also brought a flurry of new art exhibitions like the Petit Palais’ show dedicated to Albert Edelfelt, one of the greatest Finnish artists. The Bourse de Commerce- Pinault Collection is rotating in new exhibitions (check out Charles Ray until June 6), while crowds waited outside the Musée du Luxembourg in the rain on Saturday to see the show “Pioneers: Artists in Paris in the Roaring Twenties.”

We’ll leave you with a video of a recent performance by the Kyiv City Ballet at the Théâtre du Châtelet. The 25 dancers were on tour in France when the war broke out. The Châtelet has welcomed them in residence to continue rehearsing during this difficult time. This particular evening, a sold-out affair to benefit Ukraine, drew a standing ovation from the crowd.

Previous Article Jacques Villeglé, the Poster Thief of Paris
Next Article Paris is Sparkling on TV: The French Series to Watch Now