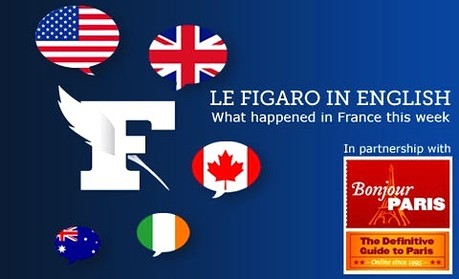 At the long-awaited 2012 Oscars, French actor Jean Dujardin won best actor for his role in The Artist, an homage to silent film. The French went wild over this win: Dujardin is the first ever Frenchman to win the award. The Artist earned five awards in all.

The Oscars weren’t the first wins for The Artist or Dujardin. Dujardin swept the film awards this season—winning best actor at Cannes, the Baftas and the Golden Globes. Yet it was Omar Sy who scored the top prize at the Césars, the most eminent French film awards held last Friday.

Omar Sy, of French comedy Intouchables, is the first black actor ever to win “best actor” at the Césars.

On Friday, the good news was official: wounded journalist Edith Bouvier and photographer William Daniels were out of war-torn Syria and safe in Lebanon. Bouvier will finally be able to receive appropriate medical attention for her left leg, fractured and dislocated in multiple places during bombardments of Homs.

Bouvier and Daniels were caught in massive shelling in the Syrian town last week. Injured Bouvier released an internet video, in which she begged for a cease-fire so that she could escape. Le Figaro and French politicians called on Syrian authorities to aide in the procedure.

On Wednesday, the media buzzed with false good news after President Nicolas Sarkozy released a statement saying the journalists had escaped. The real operation happened Thursday. Sarkozy did not detail who had led the evacuation—made difficult by Bouvier’s injuries and snowfall—but he did say that dictator Bashar Assad “did not make the task easy.”

On Thursday, the British press seemed to agree that Hollande scored with the 400,000 French voters who live in Britain. England, home to almost 400,000 French voters, is also a global financial center. The Socialist tried to reassure those fearing his “war on the world of finance” and campaign against the rich.

“I’m not dangerous,” Hollande assured voters, emphasizing that he wanted to regulate, not kill off finance.

This week, the Socialist candidate announced several key tax reforms: he plans to tax the wealthy at 45% and the ultra-rich (those with salaries of over €1 million a year) at 75%. Hollande also plans to increase taxes on financial income, end stock options, cap bonuses and end exemptions from the annual wealth tax.

During the visit to London, Hollande was welcomed by cheering supporters and his homologue, Socialist Ed Milibrand. He was not received by prime minister David Cameron.

» François Hollande Wants to Tax the Ultra-Rich at 75%

Seen a lot of cows in the French press this week? It is not just you. This week is the Agricultural Salon, held annually in Paris. Historically, it is a great place for candidates to meet with “the people,” talk about farming and French industry and snap some great photos with goats, cows and Farmer Jacques.  Almost all major French candidates and politicians made a stop; Socialist candidate spend almost ten hours there.

» Read What Happened in France between February 17 and 24