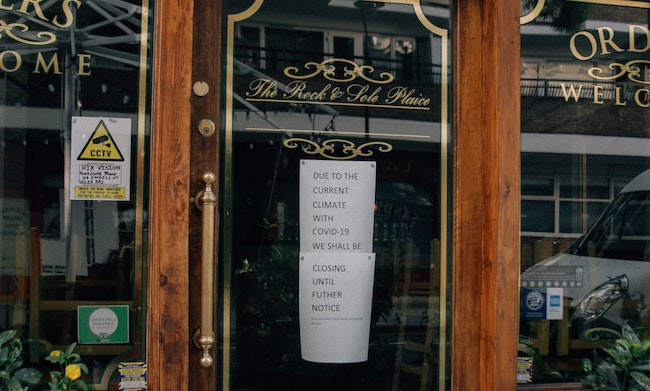 The lockdown in France is not easy— but it’s working. The virus is circulating less, and the number of new cases of Covid-19 has been decreasing. Recently Health Minister Olivier Véran said: “We are regaining control of the epidemic… Everything leads us to believe that we have passed the epidemic’s peak.” Therefore le confinement will most likely be extended into December. News channels are reporting that cafés, bars, and restaurants will not open before next year. Shop owners are pushing the government to allow them to open on November 27 to usher in the Christmas shopping season. (Oui, Black Friday has become a thing in France, too.)

‘We Are the Champions’

Meanwhile, for Parisians getting weary of lockdown life, opera singer Stéphane Sénéchal gives performances from his apartment window in the 9th arrondissement.

His videos went viral during the first lockdown in March (see the video above). As described by Le Parisien, his free concerts were “a source of comfort in this difficult period, particularly for the elderly.” Even though live concerts and artistic performances have been canceled this year, and devotees are missing the Paris Opera, Sénéchal’s arias have brought great joy to his neighborhood. (His rendition of Queen’s “We Are the Champions” marked the end of the first lockdown in May, after he gave 56 consecutive daily concerts.) Most recently, the “ténor des balcons” — as he’s known — sang the American national anthem after the presidential election in the United States. See the video below.

Tired of shopping at the supermarché? Farms in the surrounding Paris region are selling produce to the delight of in-the-know Parisians. It’s possible to make a trip to Greater Paris farms, even if it’s located outside of the 1 kilometer mandated distance from your residence, because the travel restriction doesn’t apply to “essential purchases.” So why not get a dose of fresh country air and a change of scene while supporting small family farms? A few examples: Les Fermes de Gally, an urban farm situated in the suburb of Saint-Denis, offers fruits and vegetables, while the Ferme de Viltain sells dairy products along with meat and vegetables.

Another fantastic farm pick? The Bergerie nationale de Rambouillet was first created by Louis XVI as a model farm for agricultural innovation, and continues to evolve in the 21st century: Today the boutique has a “Drive Fermier” option so you can order your vegetables online and then pick them up later at your convenience.

Transport Yourself to Paris

Lastly, we’ll leave you with some transportive photos of the City of Light as depicted in a new book, Paris à vol d’oiseau by Basile Dell and Jérémie Lippmann, published by Gallimard. These “bird’s eye view” images of Paris are currently being displayed around the garden of the Tour Saint-Jacques. But if you can’t make it to the 4th arrondissement, you can still admire the photos from the @Paris_a_vol_d’oiseau Instagram account.

More in farms, letter from paris, pandemic, pandemic in paris